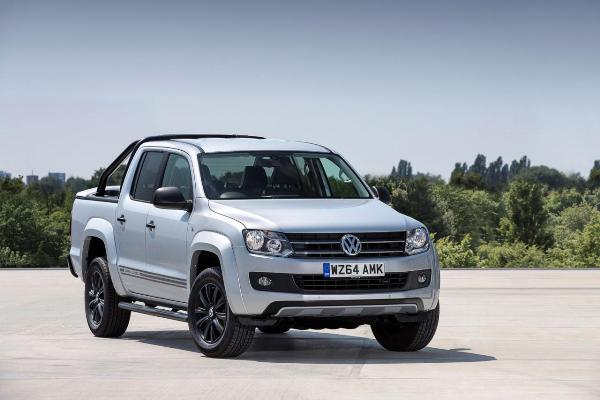 First introduced last year, Volkswagen’s Amarok Dark Label finally looks like it might make it to the roads as the company has announced plans to offer it in the United Kingdom.

Set to go on sale on September 22nd, the Amarok Dark Label features a two-tone exterior with extended wheel arches, tinted windows and a front skid plate. The model has also been equipped with matte black side steps, tinted taillights and 18-inch alloy wheels with a black finish.

Power is provided by a 2.0-liter BiTDI engine that produces 180 PS (132 kW) and up to 420 Nm (310 lb-ft) of torque. It can be connected to either a six-speed manual or an eight-speed automatic transmission. Models equipped with the latter gearbox also feature a number of fuel saving tweaks including a start/stop system, regenerative braking and low rolling-resistance tires.

Only 300 units will be available in the United Kingdom and pricing starts at £26,125 (OTR