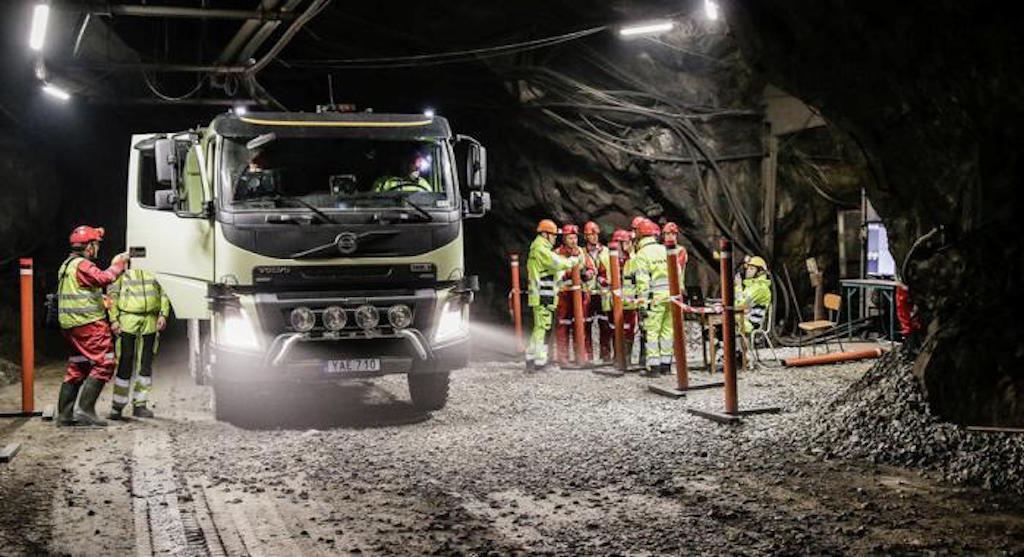 Volvo is the first manufacturer in the world to introduce a fully autonomous truck into an underground working environment. The company’s FMX tipper has begun full scale testing at the Boliden mine in Kristineberg, Sweden, where it will be tested inside the earth at a distance of up to four miles into the mine, and a depth of 4,330 feet (1,320m).

Torbjörn Holmström, Volvo Group Chief Technology Officer, said, “This is the world’s first fully self-driving truck to operate under such tough conditions. It is a true challenge to ensure that everything works meticulously more than 1,300 metres underground.”

To prove the technology, Holmström took part in a film where he stood in the middle of the mine gallery as the truck approached.

“No matter what type of vehicle we develop, safety is always our primary concern and this also applies to self-driving vehicles,” he said. “I was convinced the truck would stop, but naturally I felt a knot in my stomach until the truck applied its brakes.

Using various sensors, the FMX Tipper continuously monitors its surroundings and avoids both fixed and moving obstacles. At the same time, an on-board transport system gathers data to optimise and coordinate the route and fuel consumption.

Volvo believes that a driverless truck such as the FMX could be of huge benefit to the mining industry in terms of productivity, as autonomous vehicles would not need to be cleared from mines during blasting periods, nor would they have to wait for new mine galleries to be vented before being used inside them.