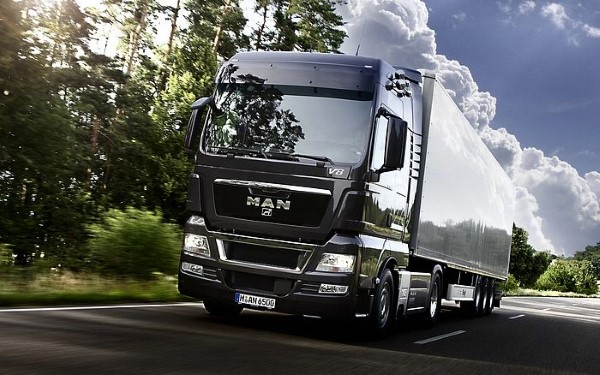 Volkswagen Truck & Bus GmbH — which houses the MAN, Scania, Volkswagen Caminhões e Ônibus, and RIO brands — can look back on 2016 as a successful fiscal year.

Sales of commercial vehicles increased by 3 % to around 184,000 vehicles. This enabled the Group to turn in a successful performance despite a regionally difficult market environment. With the acquisition of a 16.6 % stake in US manufacturer Navistar and systematic expansion of its Lead Engineering concept, which bundles the development capacities of the brands, Volkswagen Truck & Bus marked the first key milestones in its Global Champion strategy. It also saw the launch of digital brand RIO, which aims to customize and better shape the future of logistics with a cloud-based platform.

Andreas Renschler, CEO of Volkswagen Truck & Bus and the Volkswagen AG Board of Management member responsible for commercial vehicle activities says: “2016 was not an easy year for the commercial vehicle industry, which is why it is all the more pleasing that we bucked the trend.” Thanks to our excellent products and our sales strength in Europe in particular, we were able to compensate for weaknesses in individual markets.”

The medium- and heavy-duty truck business saw a 2 % improvement year-on-year. MAN, Scania, and Volkswagen Caminhões e Ônibus sold around 165,800 trucks combined, with the trend in individual regions being mixed. In Western Europe, Volkswagen Truck & Bus’s brands recorded a gratifying year-on-year increase of 9 % as a result of the ongoing economic recovery. The trend in Italy, France, and the Netherlands was particularly impressive. Truck sales in Central and Eastern Europe especially increased significantly, recording growth of 21%. By contrast, sales in Brazil declined due to market-related factors in a difficult economic environment: at 16,300 units, 24 % fewer trucks were sold than in the previous year.

The bus business performed well for the Group in 2016. With a total of 17,800 buses, the Volkswagen Truck & Bus brands sold around 4 % more than in the previous year.

Volkswagen Truck & Bus took an important step in implementation of its Global Champion strategy by climbing aboard Navistar, which provides the Group with access to the key North American market. The acquisition of a 16.6% stake in the US commercial vehicle manufacturer is more than a financial investment.

In the long term, Volkswagen Truck & Bus is aiming for a return on sales of 9% over the industry cycle. The Group also intends to leverage synergies of up to €1 billion a year from 2025 onward, among other things. “As a result of the high potential from closer cooperation of the brands in purchasing and joint development, we are confident that we will achieve these ambitious targets. This year, we expect Russia in particular and Brazil in the second half of the year to have a positive impact,” declares Volkswagen Truck & Bus CFO Matthias Gründler.

Volkswagen Truck & Bus GmbH is a wholly-owned subsidiary of Volkswagen AG and a global leader in commercial vehicles with its brands MAN, Scania, Volkswagen Caminhões e Ônibus and RIO.

In 2016, the brands of Volkswagen Truck & Bus sold a total of 184,000 vehicles. Its product range includes light commercial vehicles, trucks and buses that are manufactured at 25 sites in 17 countries. As of December 31, 2016, the Company employed 77,000 people across its commercial vehicle brands worldwide. The Group is committed to driving transportation to the next level — in terms of products, services, and as a partner for its customers.