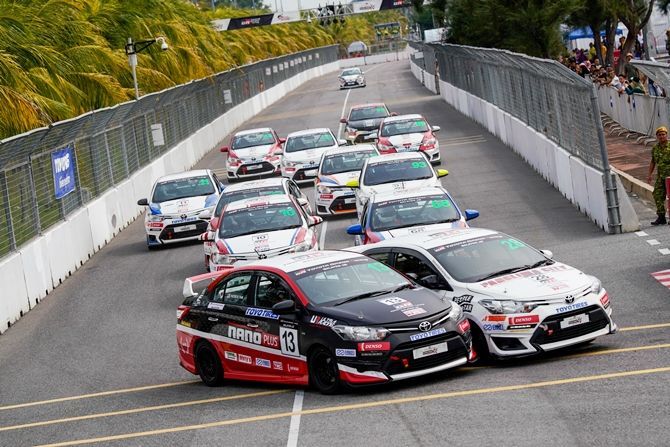 Toyota has officially concluded Season 3 of the Toyota Gazoo Racing Festival and Toyota Vios Challenge which was cut-short no thanks to the Covid-19 pandemic.

Having completed 75% of the series or three of the planned four rounds, the finale of Malaysia’s premier street racing series was originally scheduled for April 17-19 at the Sepang International Circuit.

However, the race was cancelled with the announcement of the Movement Control Order (MCO) and the advice against holding any public activities and gatherings until the end of the year.

According to Toyota, the final results were made after careful deliberation in adherence to and consistent with all provisions underlined by the technical and sporting regulations of the championship, and in discussion with the Motorsports Association of Malaysia (MAM), Malaysia’s governing body for motorsports.

The decision was also consistent with the best practices of other international motor-racing events.

Moving forward, UMW Toyota Motor said that season 4 will be an entirely different experience, offering racers, teams and participating dealers not only an enhanced racing format but also prize and reward structures.

The company also said that the Toyota Gazoo Racing spirit will extend beyond the Toyota Vios Challenge and provide racers with additional racing programs to compete in, such as the TGR e-Racing among others.

Summing up the season, President of UMW Toyota Motor, Ravindran K. said that the Toyota Gazoo Racing Festival and Toyota Vios Challenge has grown from strength to strength to fulfill the company’s three key objectives: to bring motorsports and Toyota’s racing spirit to the masses; to elevate Malaysian motorsports by introducing the concept of racing on street circuits; and successfully demonstrating the performance, reliability and durability of its vehicle to perform under extreme conditions.