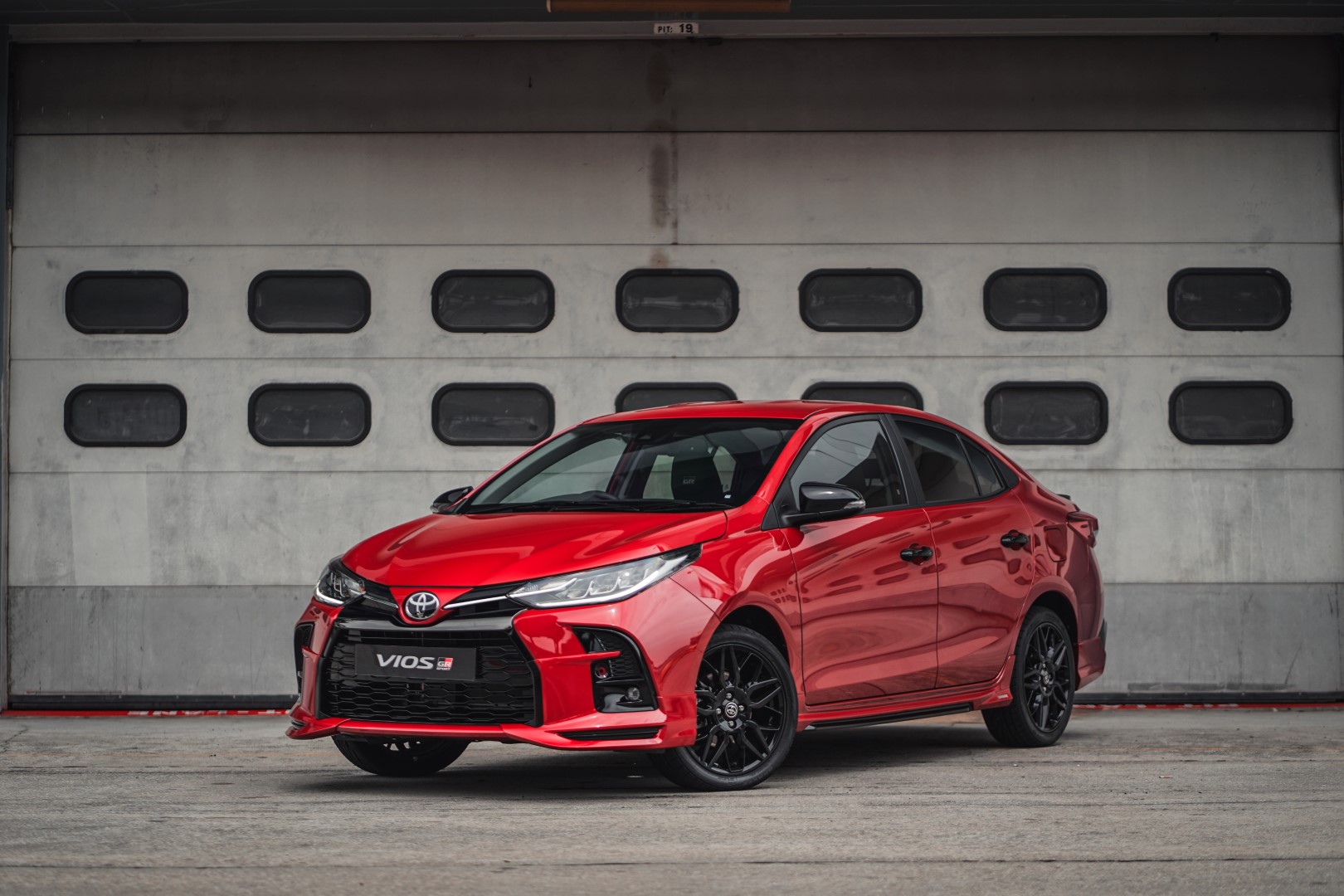 In addition to the GR Yaris, UMW Toyota Motor also announced the introduction of the Toyota Vios GR-Sport last night.

Contrary to popular belief, the Vios GR-Sport here is not just a Vios with an aggressive bodykit, but essentially a more refined version of the actual Vios Challenge race car.

Powered by the same 1.5L NR Dual VVT-i engine as the regular Vios which makes 107 PS and 140 Nm of torque, the main highlight of the Vios GR-S is that it gets a 10-speed CVT with paddle shifters, versus the regular Vios’ CVT with 7 virtual ratios. The car also gets a “sports-tuned” suspension for better handling.

According to UMWT, the 10-speed CVT offers a more spirited drive, better start up, and quicker acceleration through tight corners. It is said that this new configuration also allows the car to be more responsive by sustaining higher RPM range for better throttle response especially for overtaking and re-acceleration.

Engineered and produced locally at UMWT’s plant in Bukit Raja, the Vios GR-S is the third Gazoo Racing model in Malaysia after the GR Supra and the GR Yaris. At the moment, Malaysia is the only country in the world to have the Vios GR-S.

Key exterior features include the GR Sport badge, an aggressive aerokit that comprises a sculpted front bumper similar to the GR Yaris, a rear bumper diffuser, a blacked out boot spoiler, side skirts and blacked out side mirrors. The car also gets a set of blacked-out 17-inch alloy wheels wrapped with 205/45R17 low profile tyres.

Last but not the least, we have the Gazoo Racing “GR” logo on the push start button, and a red Optitron meter panel with red needles, and GR animation on the 4.2-inch inch Multi-Information Display.

“What Toyota has done with the Vios GR-S is to take it to another level. It is not the run-of-the-mill special edition cars produced in Malaysia that normally focuses only on body kits, wheels and tyres, and interior enhancements.”

“The Vios GR-S was developed to incorporate the essence of Gazoo Racing with the focus on developing a car with exceptional driving pleasure at a particular price point. A lot of thought went into the developing a car that is worthy of wearing the GR badge, and for the price, you are actually getting a lot of car,” said the GR Ambassador and two-time Vios Challenge champion Tengku Djan Ley Tengku Mahaleel.