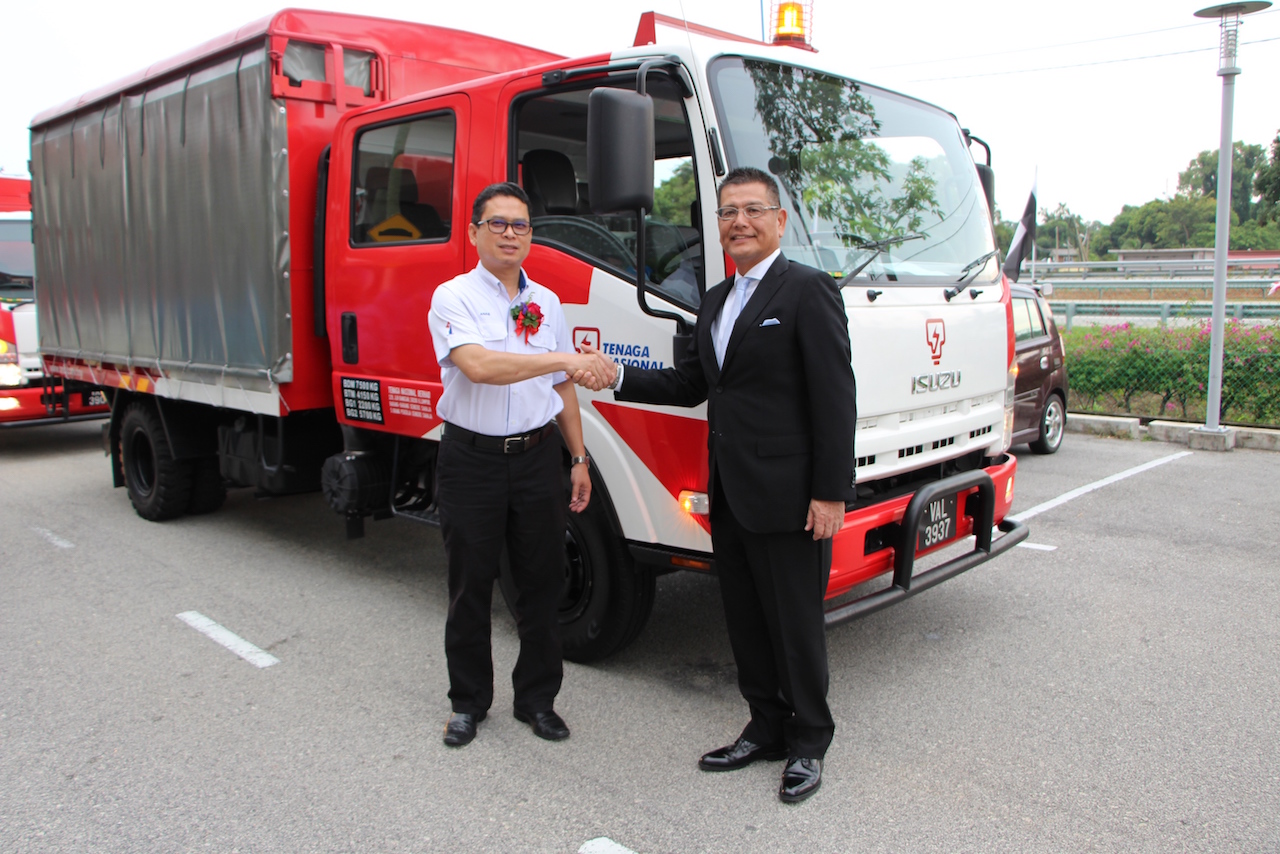 Isuzu Malaysia recently delivered a new batch of 12 units of its Isuzu light duty trucks to Tenaga Nasional Berhad (TNB) during a handover ceremony held in Pekan, Pahang. This handover marks the latest phase of the RM31 million deal, whereby 200 units were initially procured, with remaining units expected to be supplied to TNB by end 2017.

The 2-year fleet deal consist of the Isuzu ELF NPR 6-Wheeler Crew Cab, which have been customised to suit the national electric provider’s key task of serving the nation promptly and efficiently. Operating under TNB Distribution, the Isuzu light duty trucks will undertake its role as part of the field and rural support services. In addition, these trucks – that offer notably wider cabin space and better engine performance, will be supplied to TNB Distribution centres throughout the nation. 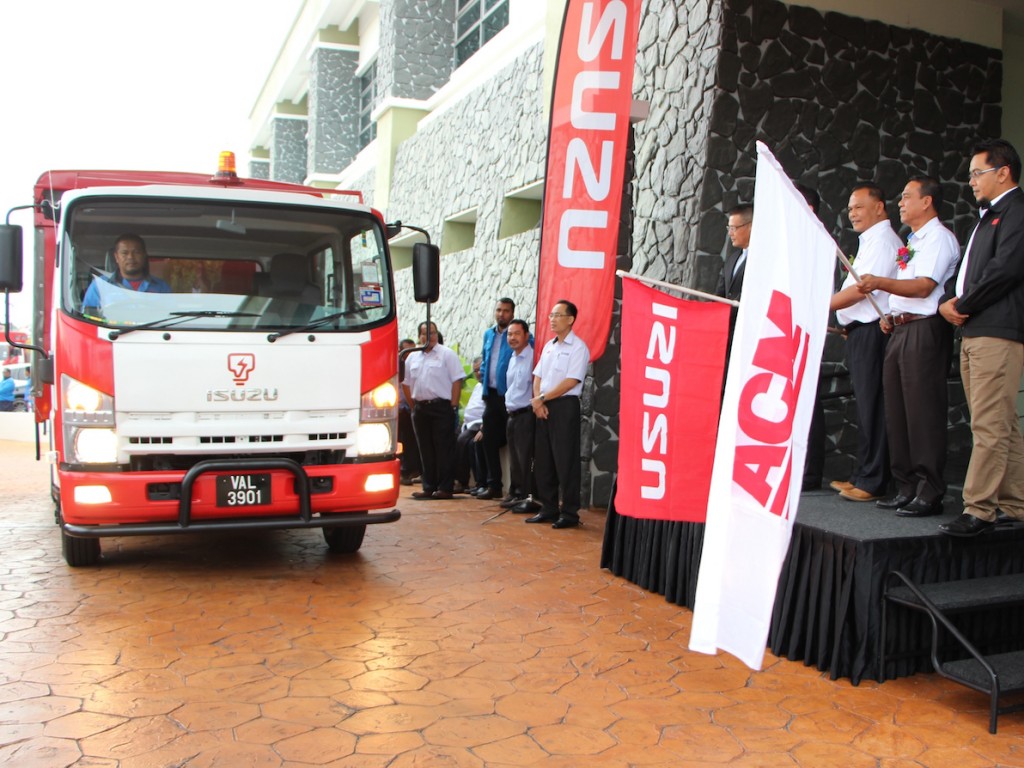 During the ceremony, the CEO of Isuzu Malaysia, Kenji Matsuoka, took the opportunity to express his utmost gratitude to TNB for the trust and recognition shown towards Isuzu Malaysia, in tasking the light duty trucks to support the nation’s electrical needs. He added that aside from the enduring and robust qualities that the trucks had to offer, Isuzu Malaysia will always be prepared to serve TNB with proper support and services. 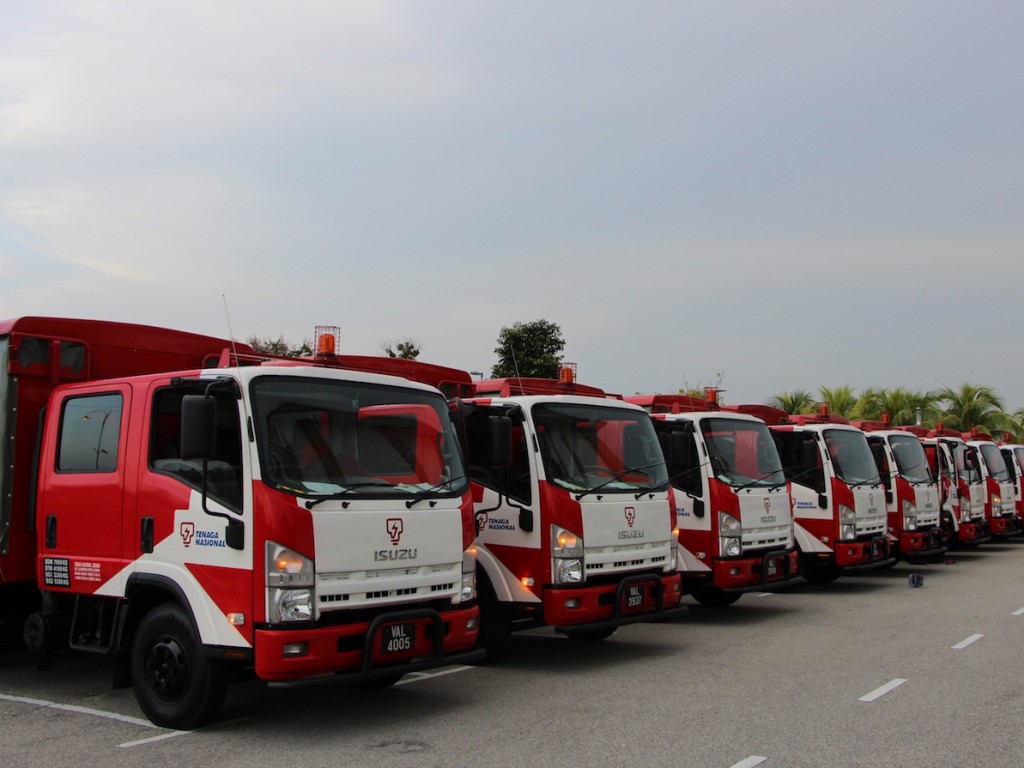 The event also saw the flagging-off of the new Isuzu light duty trucks by Mohammad Anas Ibrahim, joined by Othman Alias (President) and Noh Jaafar (Vice President) of Kesatuan Percantuman Pekerja-Pekerja TNB, to mark the distribution of the vehicles to TNB distribution centres nationwide. The ceremony ended with a commemorative photo session with TNB drivers in attendance.