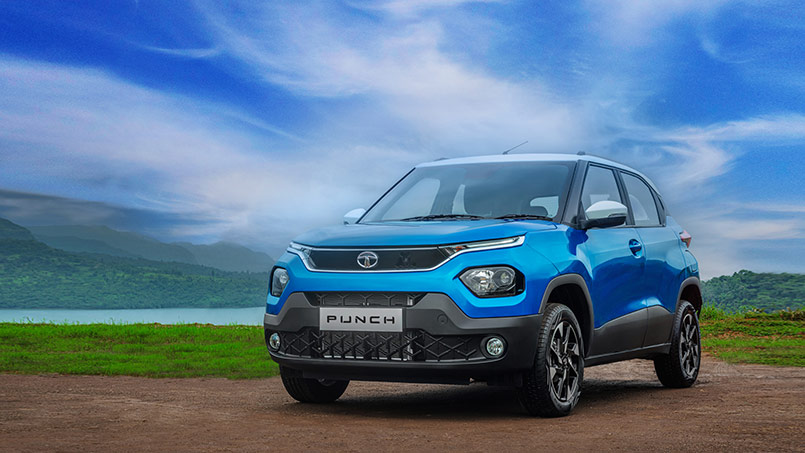 Following a grand unveiling as the H2X Concept in 2020, Tata Motors is now gearing up to launch the newest addition to its SUV lineup.

The Company announced yesterday that it has named this highly anticipated SUV in India as ‘Punch’.

Designed for young users, the Tata ‘Punch’ promises to offer a mix of tough utility with sporting dynamics and epitomises what a characterful SUV should be.

Sources in India reported that the Tata Punch will be offered in two variants wherever it is sold, with two 1.2-litre, three-cylinder petrol engine options.

The speculation is that the entry-level variant will get a naturally aspirated engine and a 5-speed manual gearbox, while the higher spec version will get a turbocharged engine with an automatic gearbox.

Unveiling this much-awaited SUV, Mr. Shailesh Chandra – President, Passenger Vehicle Business Unit, Tata Motors said – “Tata Punch, as the name suggest is an energetic vehicle with a capability to go anywhere. Light on its feet and strong in its caliber, this is a vehicle which truly punches above its weight.

“With the perfect combination of stunning design, technology and driving dynamics, the Punch will come equipped with superlative features and an architecture that has proven its versatility in all forms.”

Made for the city

“True to the SUV genes of all Tata Motors’ products and catering to needs of customers who are looking for a compact city car with pure SUV characteristics, Punch will be the fourth addition to our SUV family, widening the range of options for all to choose from.”

“Intelligently designed in a compact footprint, the Tata Punch will be a high impact SUV and will redefine this crowded market. Its muscular surfacing and an athletic look make a perfect amalgamation for a tough SUV, living up to its bigger brothers.”

Expected to be priced around Rs 5 lakhs (RM29,000), the Punch will be taking on micro SUVs like the Maruti Suzuki Ignis and the Nissan Magnite among others.

“With lightweight, modular and flexible characteristics, the ALFA architecture has the ability to evolve into a range of modern and youthful vehicles within a short development cycle.”