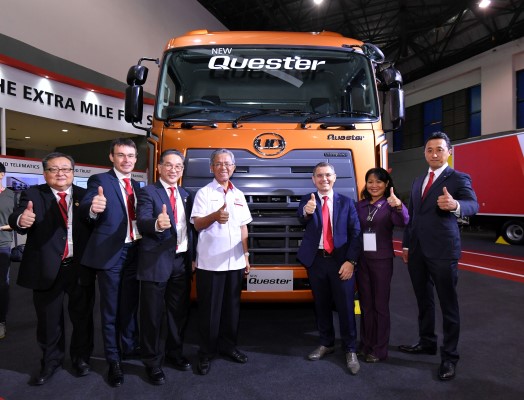 UD Trucks Malaysia has unveiled the new Quester with enhancements to the well-established Quester heavy-duty truck at the Malaysia Commercial Vehicle Expo 2019 held at the MINES International Exhibition & Convention Centre (MIECC) from 20-22 June.

The New Quester will enable logistics companies in Malaysia to tackle critical industry challenges and boost their bottom line through Smart Logistics.

Fuel efficiency, battle for talent, productivity and connectivity are top priorities for fleets and transport companies in Malaysia and these challenges will be addressed with new features such as ESCOT and UD Telematics. The introduction of New Quester in Malaysia and in fast-growing regions around the world highlights UD Trucks’ unwavering commitment of “Going the Extra Mile” for customers’ businesses.

Steve Hedouin, Managing Director, UD Trucks Hub Malaysia and Oceania said “New Quester is the truck that can help meet our customers’ requirements and expectations to manage their key business challenges. We have developed New Quester with the ‘Gemba Spirit’, by being close to the ground, listening to the needs of our customers.”

To boost productivity and profitability for business owners and logistics companies, the New Quester also achieves further enhanced fuel efficiency of up to 10 percent from the current Quester with the ESCOT automated manual transmission.

A game changer in the transportation business, New Quester with ESCOT takes away the need for manual gear shifting, which can happen between 1000 to 1500 times in a day. ESCOT automatically selects the optimal gear at the right timing based on the operating condition. This enables drivers to easily learn the operations of New Quester and better focus on driving with ease. Automatic gear selection enables an average driver to obtain the driving result of a skilled driver. 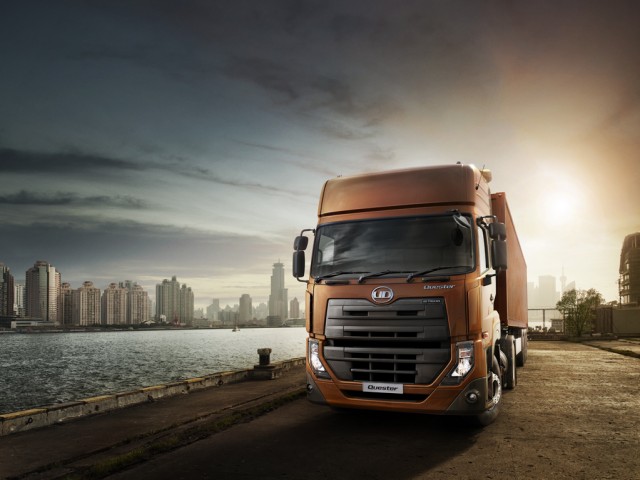 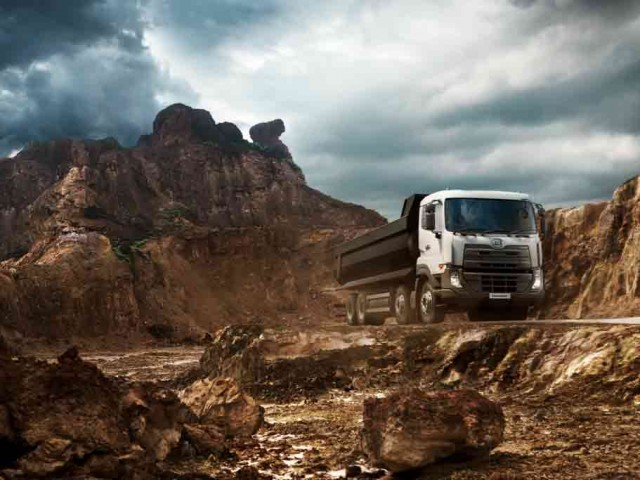 Since 1995, UD Trucks has delivered more than 80,000 trucks with ESCOT automated manual transmission.

ESCOT includes a software which optimizes gear shifting according to engine rev, vehicle speed, loading weight and even road gradient. The smart system also includes a sensor that will select optimum gear automatically instead of assuming a first gear selection. 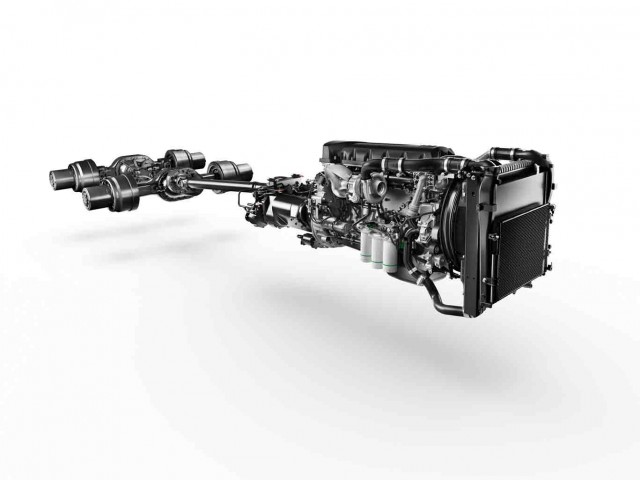 ESCOT automatically selects the optimal gear at the right timing based on the operating condition. This takes away the need for manual gear shifting, which depending on the transportation operations, happens 1,000 to 1,500 times a day. Automatic gear selection also ensures that every driver on New Quester is equivalent to a highly skilled driver. This enables drivers to easily learn the operations of New Quester and better focus on driving with ease.

In addition to making driving simple, New Quester also aims to help businesses expand the pool of talent with easy-to-operate gear lever that uses a straight shifting pattern. In target markets such as Thailand, for example, the number of female Quester drivers is increasing due to its drivability. New Quester opens the doors for companies to attract even more prospects to pursue truck driving as a career and diversify the pool of talent for this role. 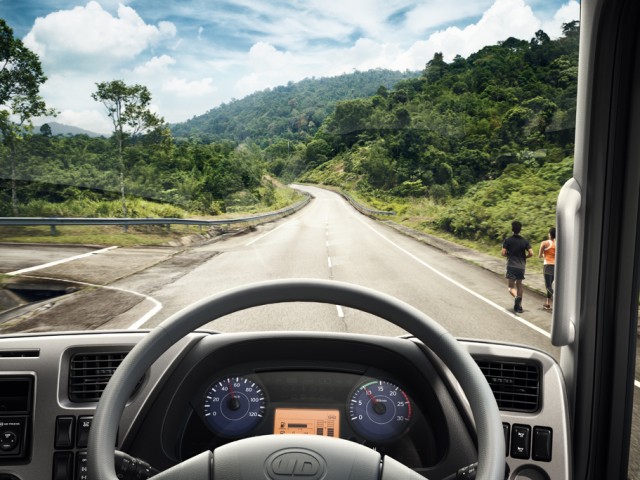 The new Quester is also developed with an air suspended cab and ride comfort package with reduced cab vibrations up to 18 percent. Driver’s comfort is also enhanced with ergonomic seats and lumber support for long-distance assignments. 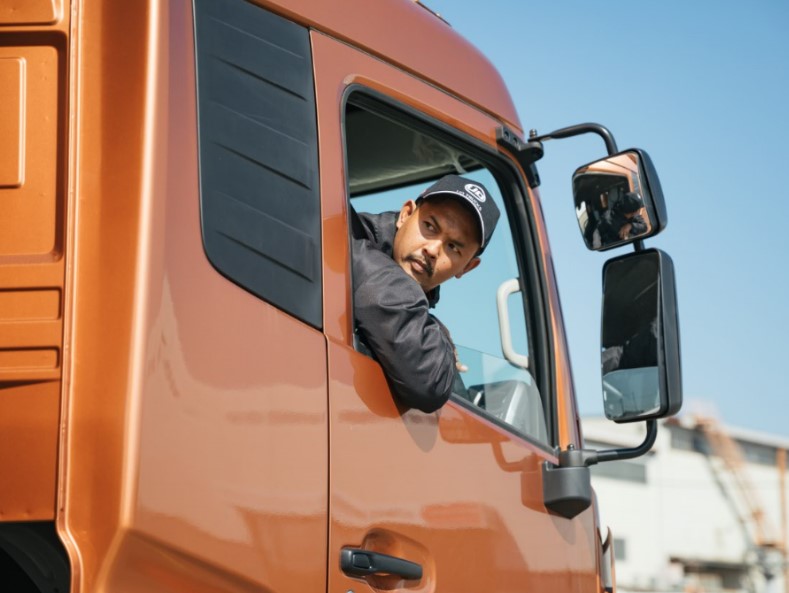 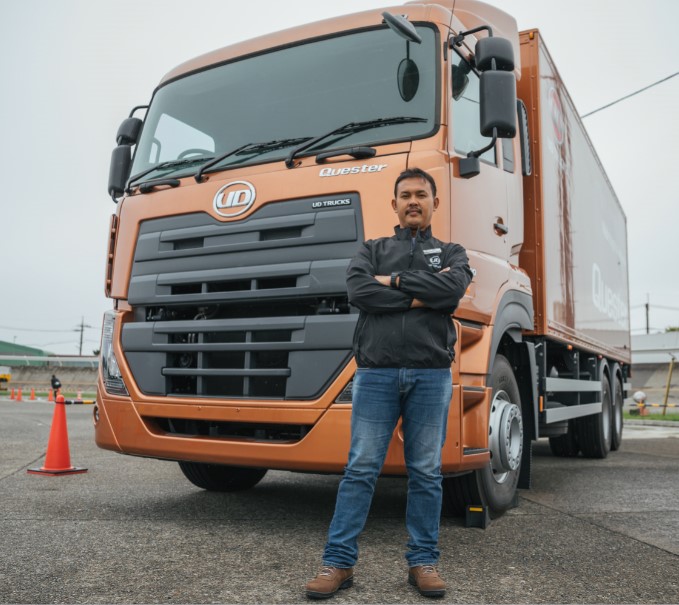 The UD Trucks Extra Mile Challenge is the company’s signature annual competition. It reproduces an actual truck operation cycle, assessing drivers in the three key areas of pre-driving inspection, fuel efficiency and safe driving, and maneuvering and parking. The UD Extra Mile Challenge is a quest to find the ultimate driver, measuring effectiveness in operational cost and reduced downtime in addition to safe and skilled driving. Contestants compete in either of UD’s Quester or Quon heavy-duty trucks.

The UD Extra Mile Challenge 2018 winners were Eko Yulianto at PT Duta Lintas Nusa from Indonesia in Quester and Mohd Hisham at BHS Kinetic Pte Ltd. from Singapore, in Quon,