The New Ford Ranger Raptor X Special Edition comes standard with a 360-degree camera. The technology combines several video cameras to provide real-time full coverage of the area surrounding the vehicle – be it in the urban setting or difficult off-road terrains.

It also features a dual channel Kenwood Digital Video Recorder (DVR) that offers a range of functions, including Quad high-definition (HD) recording, wide-angle viewing, night view recording, a built-in polarised filter and Mobile App connect via hotspot. Compatible with both Apple iOS and Android, it also comes with a 32GB memory card which will allow drivers to record their life’s adventures or as a safety feature.

The Ranger Raptor’s unique chassis frame had been newly-developed and extensively modified for high speeds and endurance off-road. Its race-bred suspension has also been specifically crafted to tackle the toughest terrains, smoothing out jumps, bumps and ruts. No other production truck in Malaysia features the legendary FOX Racing Shox and a huge ultra-strength bash plate as standard equipment.

Its cutting-edge Terrain Management System offers six pre-set driving modes to conquer virtually any terrain, at the turn of a dial. Inspired by the Baja 1000 Desert Race, the famed Baja Mode dials down traction, improves responsiveness and shifting speed, and optimises the Ranger Raptor for high-speed off-roading.

As for its performance, the Raptor delivers 213 PS of power and 500Nm of torque and has been carefully calibrated with Ford’s latest 10-speed automatic transmission with PaddleShift technology.

The New Ford Ranger Raptor X Special Edition is also packed with the latest smart and safety technologies offering customers complete confidence as they go about their adventures.

Additional upgrades to the New Ford Ranger Raptor include an additional USB charging port on the rear-view mirror and LED projector headlamps for greater visibility while driving at night.

“With the new enhancements to the Ford Ranger Raptor, this ultimate off-road truck is now perfected to conquer the streets, making it ideal for everyday use in addition to commanding the harshest terrains at thrilling speeds. We are confident that the Ranger Raptor will continue revolutionising the market for pickup truck enthusiasts in Malaysia,” Syed Ahmad Muzri Syed Faiz, Managing Director, Sime Darby Auto ConneXion.

With Ford’s Performance DNA infused into the ‘Built Ford Tough’ Ranger line, the Raptor has exceeded expectations, setting a new benchmark as the only factory-built performance truck for high-speed off-roading.

The New Ford Ranger Raptor is also loaded with safety and convenience features and a host of smart and safety technologies that are available at the push of a button, incorporating unique design features tailored for the Ranger Raptor.

Muzri mentioned, “During the Movement Control Period, customers who have purchase enquiries on the New Ford Ranger Raptor may converse with us digitally via our newly launched Digital Salesperson, a WhatsApp Live Chat.”

The ‘Digital Salesperson’ seeks to address customer queries relating to a vehicle purchase, including queries on products, ongoing promotions, and vehicle price list – even throughout the current Movement Control Order period

It acts as a channel to link customers with an authorised Ford salesperson nearest to them, who would be able to advise on stock availability, in-showroom promotions, loan financing options, road tax and vehicle registration fees as well as insurance options via WhatsApp, Email or by phone call.

For enquiries on the New Ford Ranger Raptor, simple reach out to our ‘Digital Salesperson’ from 9am – 4pm, Monday – Friday. Customers simply need to WhatsApp +6019-204 1200 to start chatting where queries will be attended to within 24 hours or visit our website for more information: https://www.sdacford.com.my.

When Mitsubishi Motors first showed this Triton Absolute at the 2019 Bangkok International Motor Show in March this year, there were rumours circulating the internet that Mitsubishi product planners were teasing the market to see if there was enough interest in the ASEAN market for a super premium pickup truck. Well, the response was good enough that now we hear that Mitsubishi Motors are putting into production this super truck to rival the best selling Ford Raptor. Under the chunky hood of this new Triton will probably be the current Triton’s most potent engine which is a 2.4-liter turbocharged diesel with 180 horsepower and 317 pound-feet of torque. We are sure Mitsubishi engineers will ‘massage its power output to better the Ford Ranger Raptor 2.0-liter turbocharged diesel with 210 hp and 369 pound-feet of torque. Mitsubishi Motors already has this latest Triton running in a race series in Australia called ‘SuperUtes’ and so the tuning done on the SuperUte race Triton (pictured below) could be transferred to this new Triton Absolute with some limitations for warranty and reliability over 5 years. 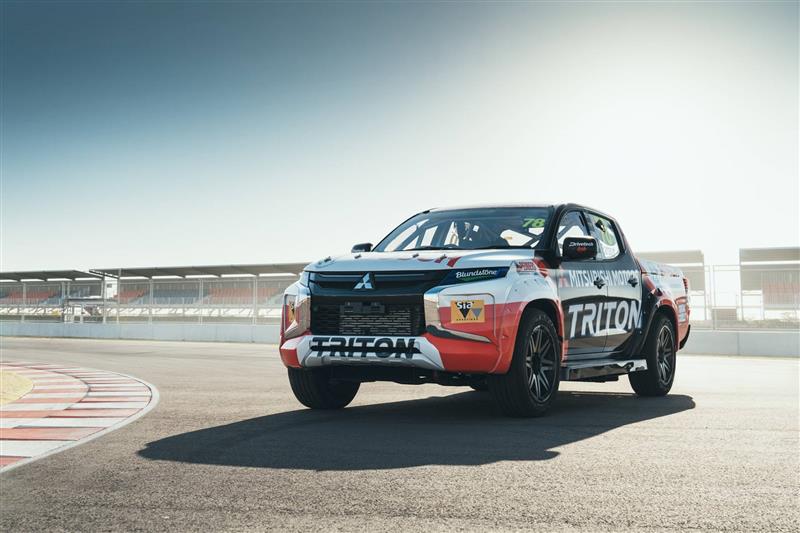 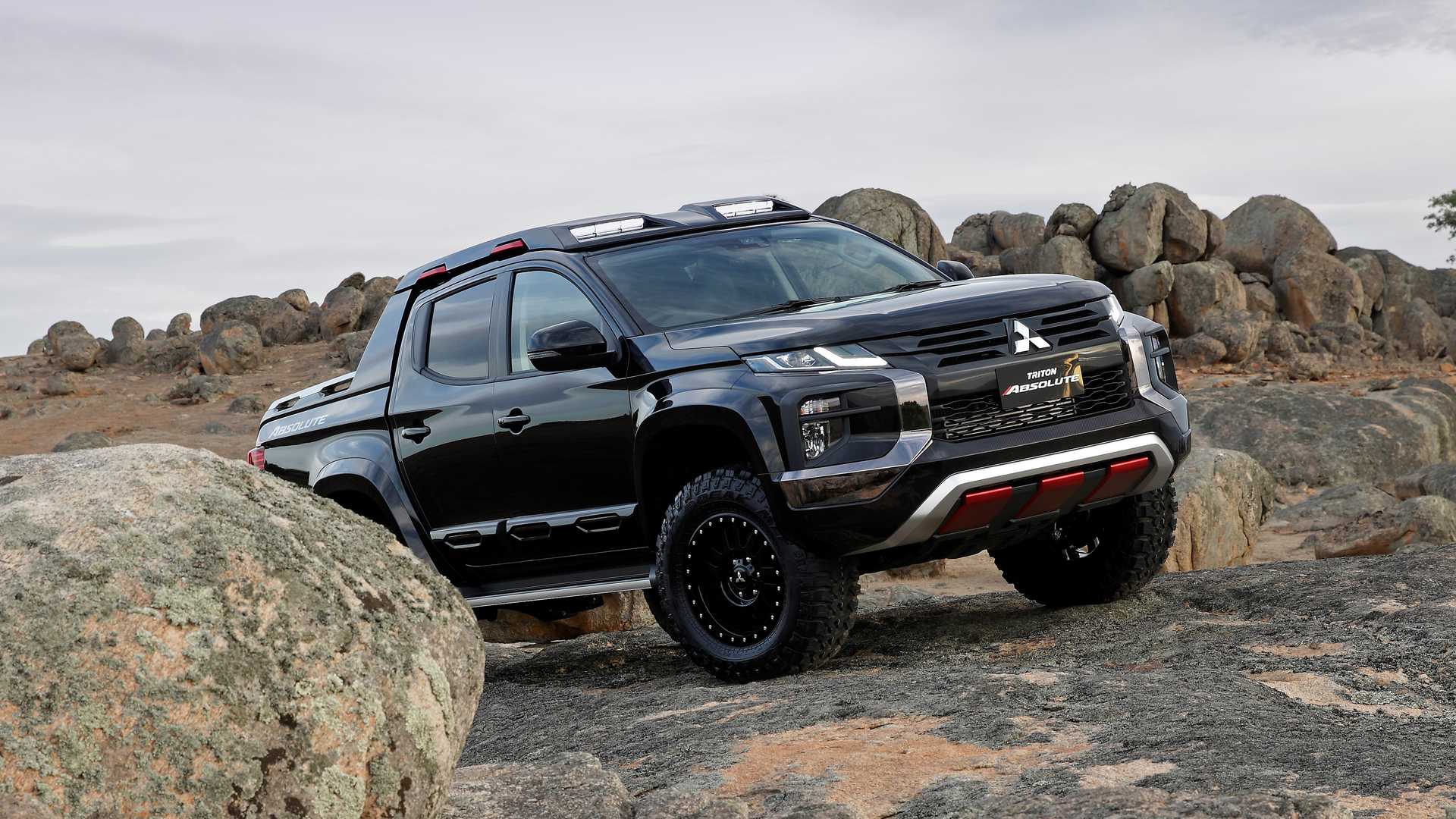 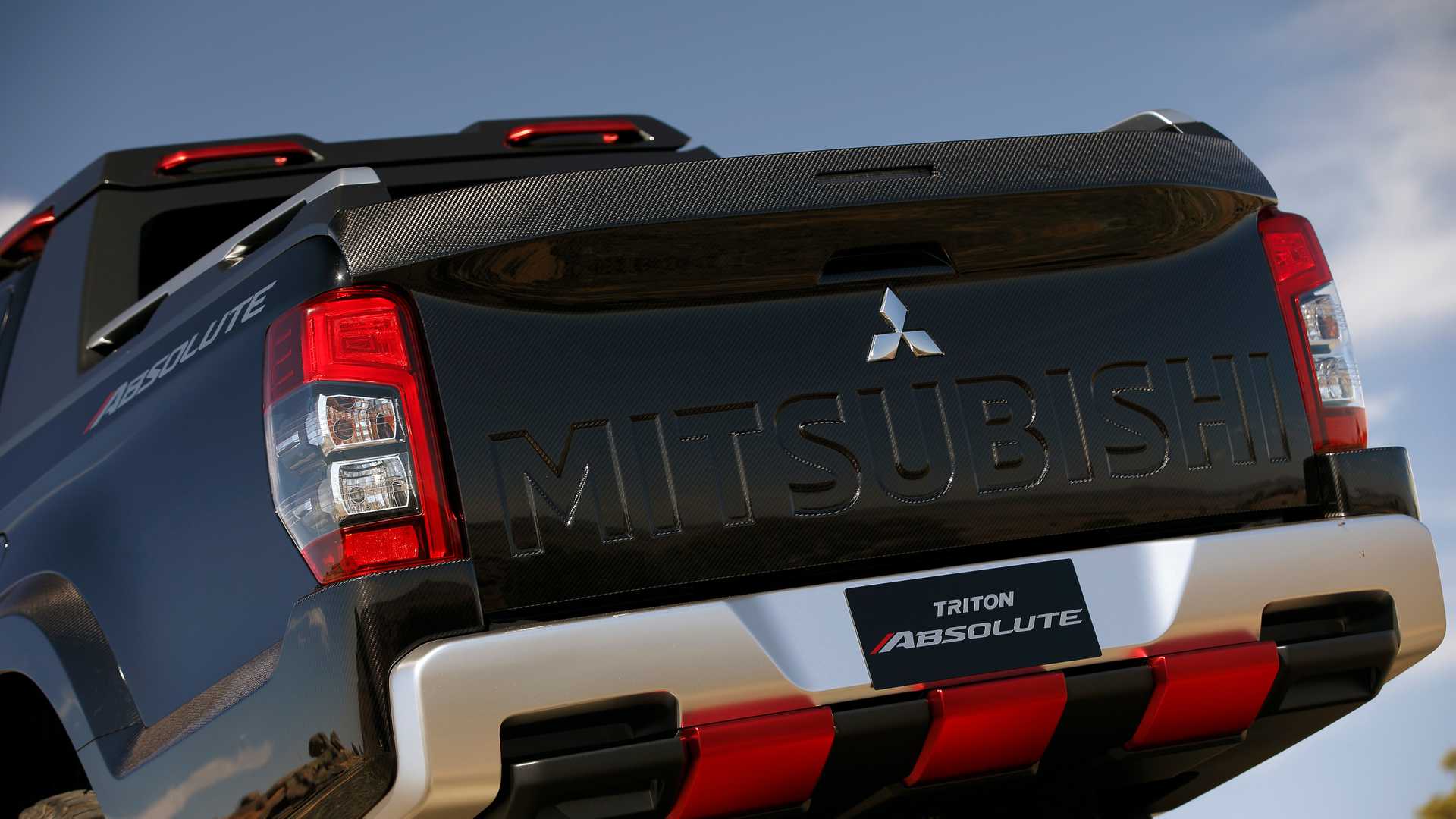 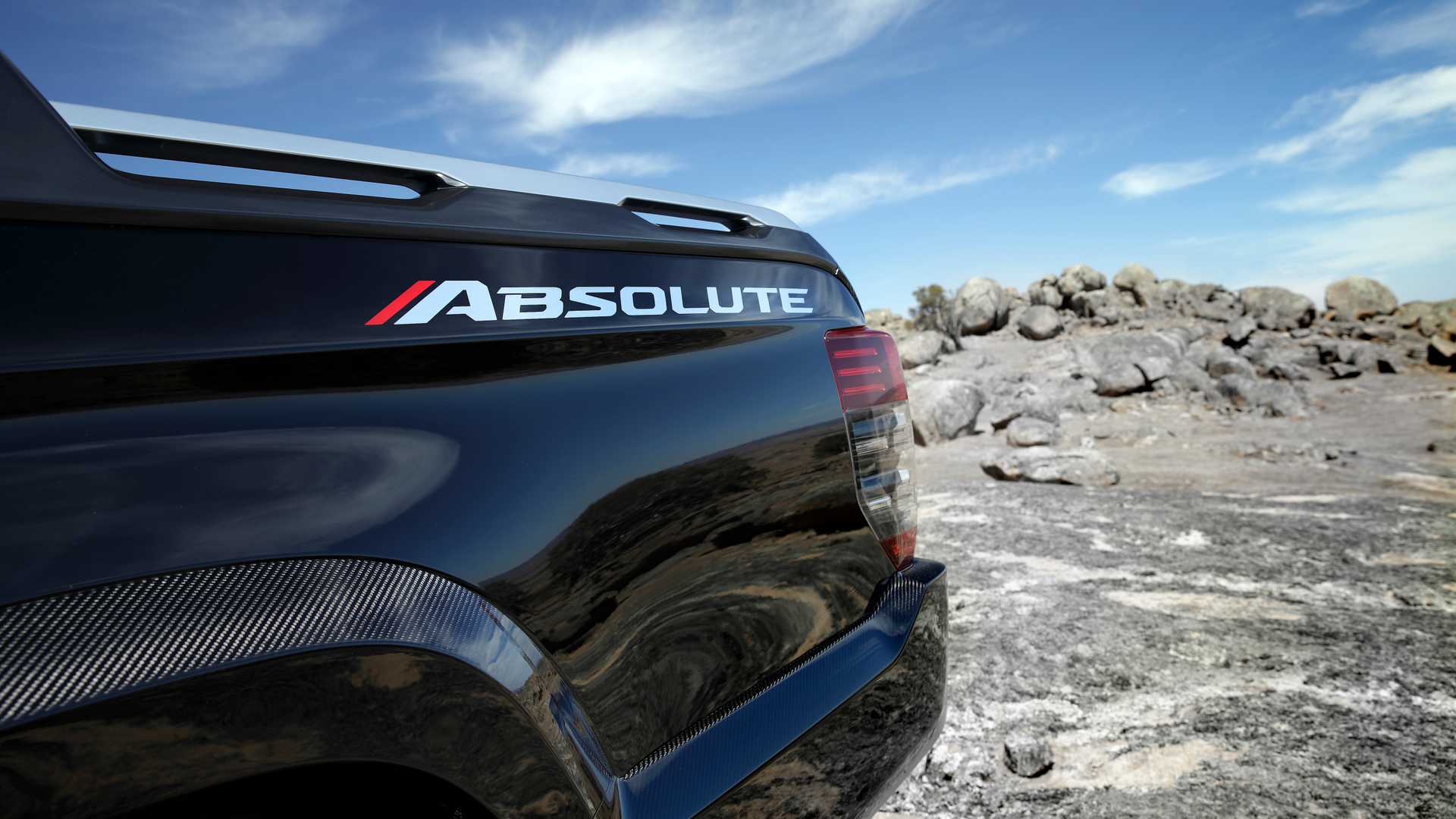 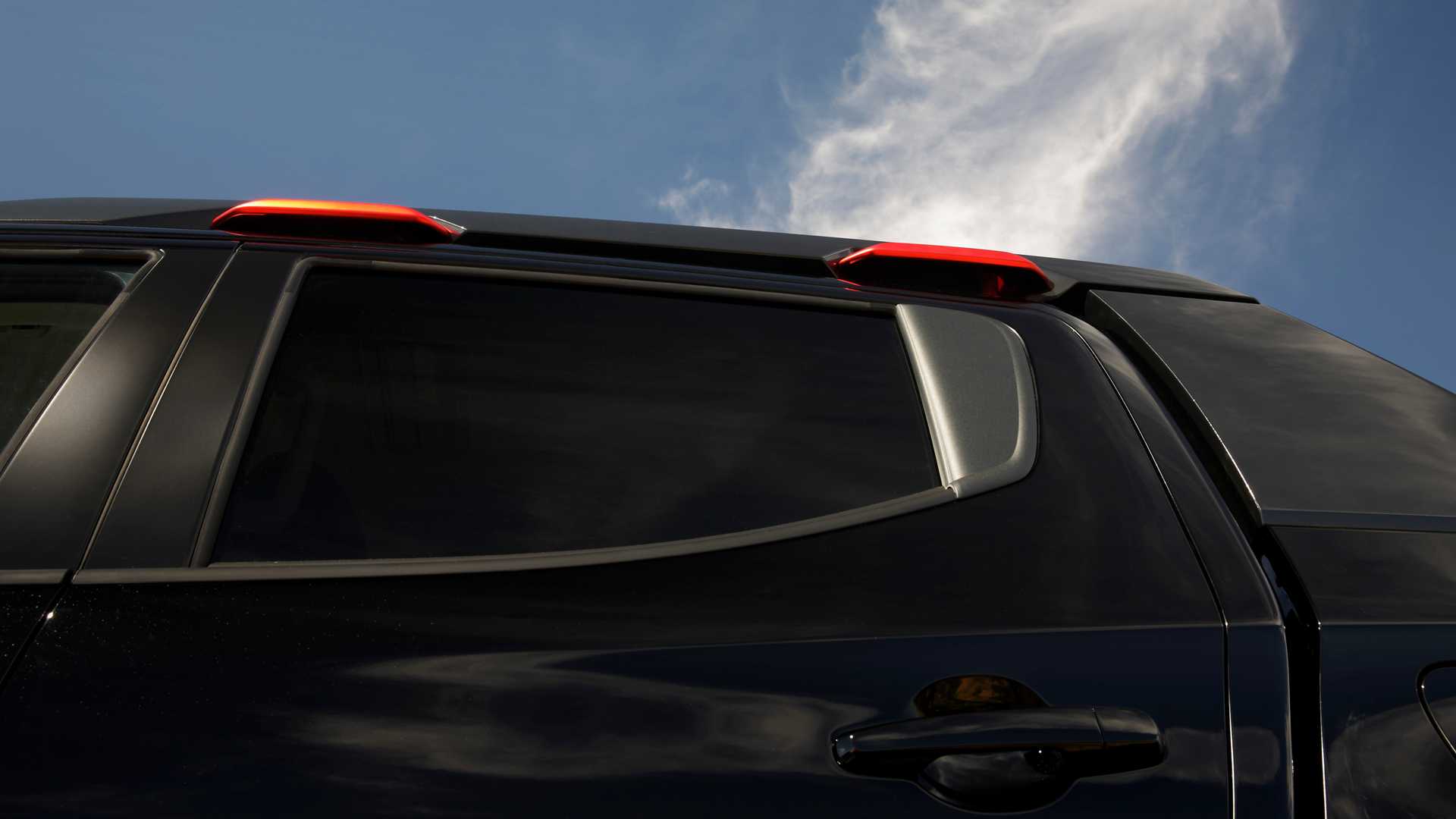 The Triton Absolute might use a tuned version of the stock 2.4-litre turbo-diesel engine, which retains its aluminium engine block and pistons but gains modifications such as uprated camshafts, a modified oil sump, larger injectors and larger fuel rails. The engine might also receive a larger GTurbo high-flow turbocharger, a larger intercooler, an upgraded radiator for additional cooling and a Motec engine management system. A bespoke Torqit three-inch exhaust system might round up the tune, while the manifold can be retained from the standard Triton. Producing 344hp and 677Nm of torque, the racing version of the Mitsubishi Triton SuperUte can reach 100km/h from a standstill in under 3.5 seconds and drive up to a top speed in excess of 150mph. This of course is in race form and for the showroom version for added reliability and whilst keeping buyers happy, Mitsubishi could limit the tune to say, 250 hp and 550Nm of torque. 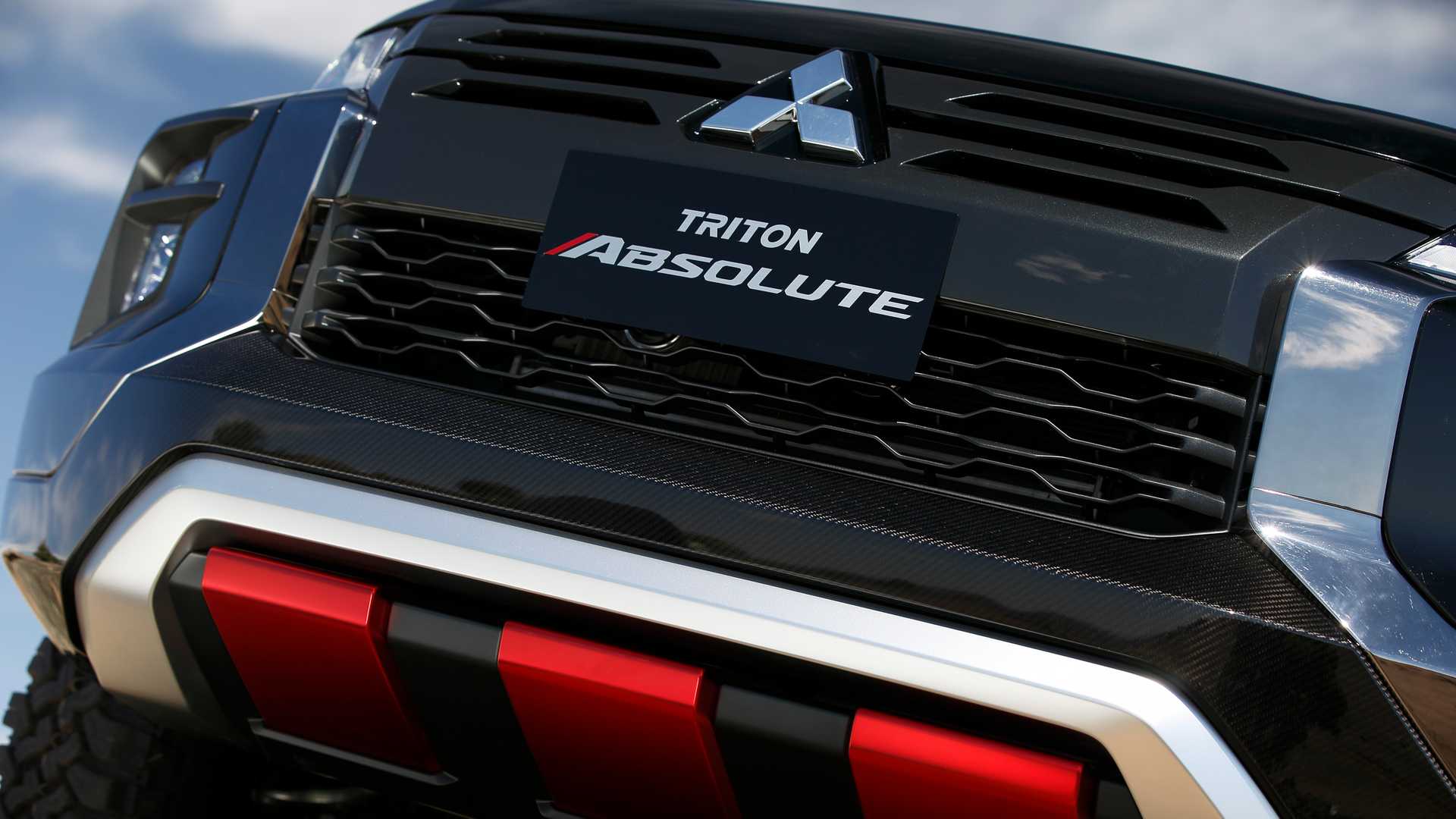 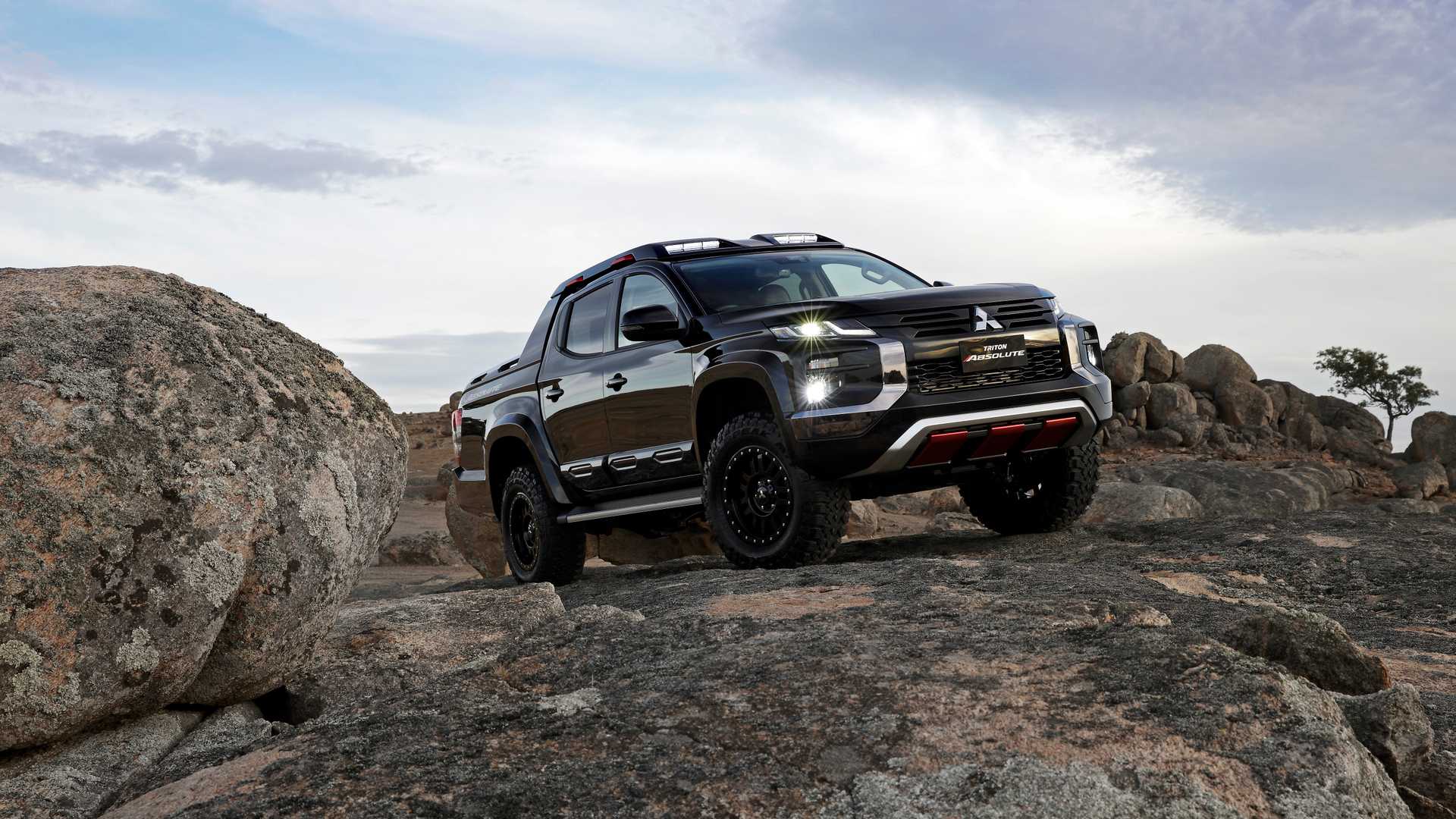 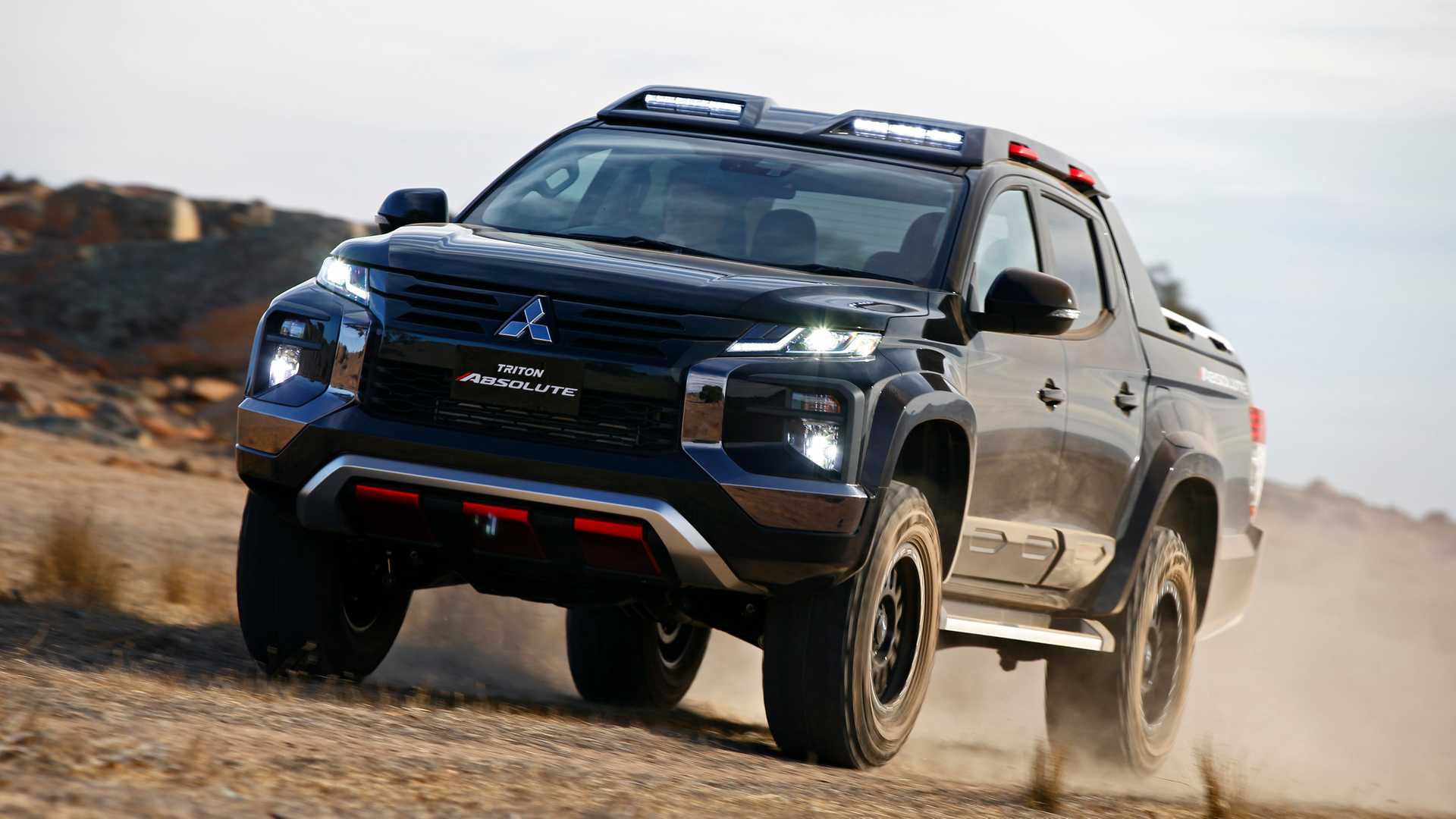 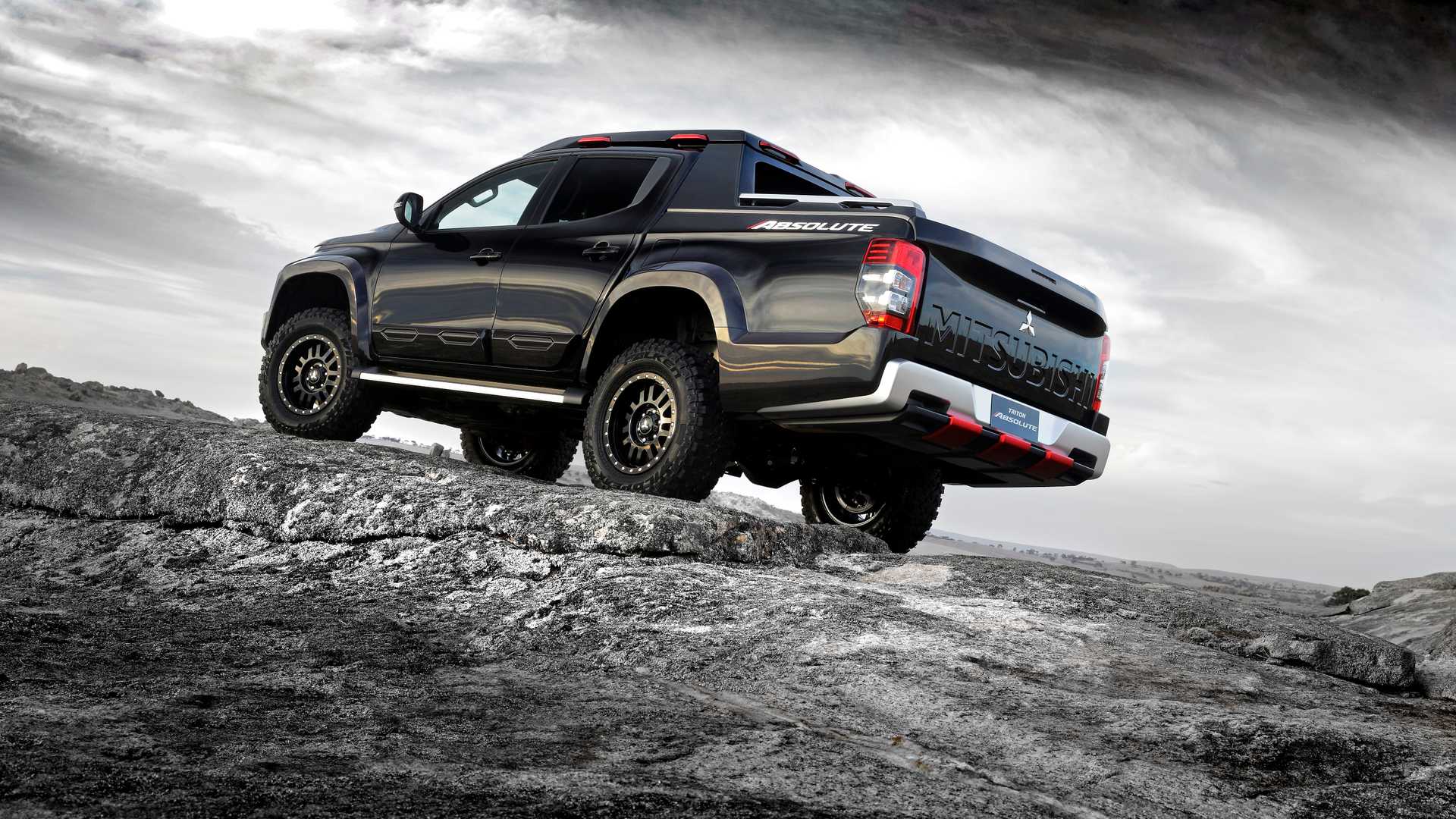 Chevrolet Bison designed to take on the Ford Raptor This is the Chevrolet Colorado ZR2 Bison which looks like a product designed to take on the Ford Raptor head on. The Bison is Chevy’s first collaboration with American Expedition Vehicles (AEV), a premium off-road aftermarket manufacturer. The new Chevrolet partner for Malaysia has not been revealed as yet but rumors suggest 2 companies are looking at the Chevrolet franchise. The first is a long established automotive group and the other is brand new industrial equipment supplier. More will be shared soon. 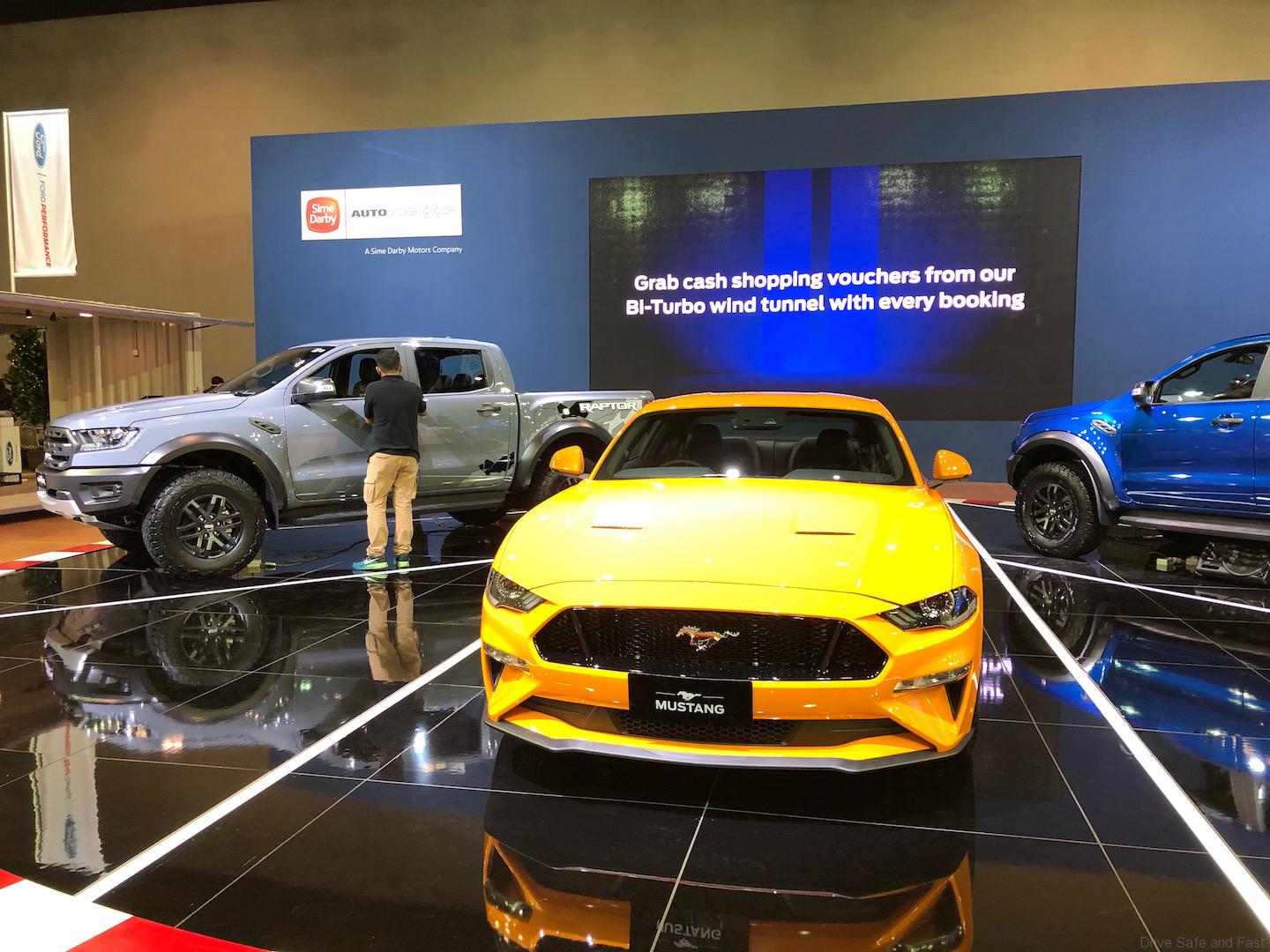 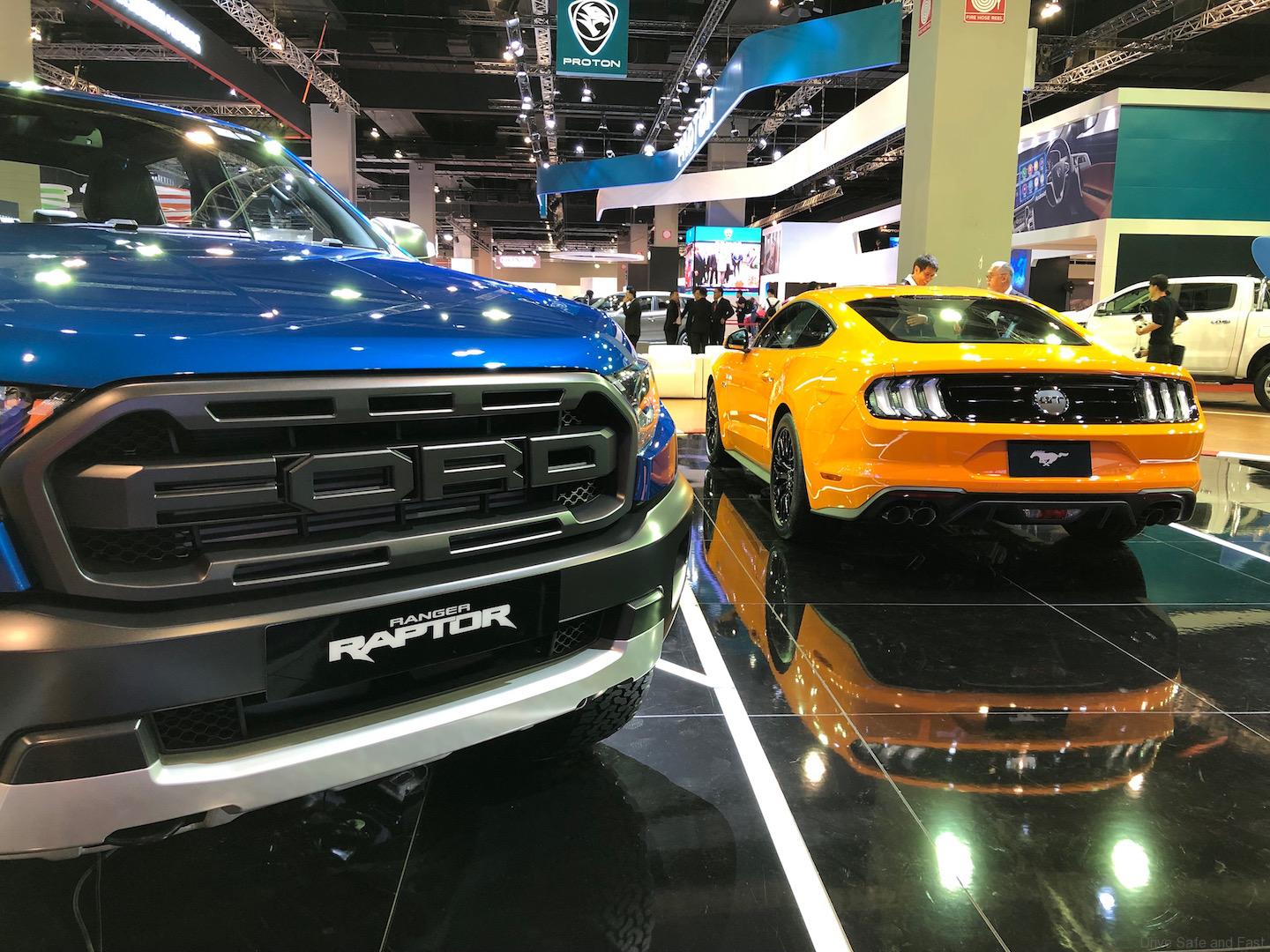