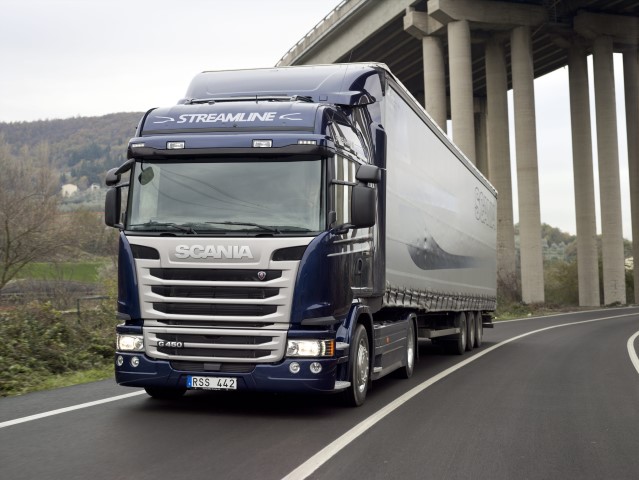 Scania has won its largest ever order in Europe. British transport operator Eddie Stobart Limited and its associated companies, including A.W. Jenkinson Forestry Products, have ordered more than 2,000 trucks.

Due for delivery over a two-year period commencing March 2016, the deal will involve many Scania UK dealers, both in terms of vehicle supply and repair and maintenance operations.

This is the fourth time Eddie Stobart Limited and its associated companies have placed a major order with Scania in the UK, the first two being for 1,000 vehicles in 2010 and 2012 followed by 1,500 units in 2014.

“We are naturally delighted that the long-established relationship between our organisations has not only flourished but continues to grow. We are now very much looking forward to fulfilling this latest order and backing it with second-to-none service nationwide”, says Claes Jacobsson, MD of Scania (Great Britain) Limited.

The majority of vehicles in the order will be supplied on 36-month contract hire agreements, including road fund licence and all repair and maintenance. The model mix includes Scania G-Series and R-Series, all with Scania Highline cabs and with 410 or 450 hp engines.

“Scania has long played a major role in our fleet and we are naturally extremely pleased to be once again committing to the marque,” says William Stobart, Executive Chairman of Eddie Stobart Limited. “We have been impressed with Scania’s operating economy over the life of the vehicle and the performance of Scania’s 410 and 450 SCR-only Euro 6 engines. These factors, together with the consistent levels of service provided by Scania’s dealer network, are the reasons behind our decision to opt for Scania.”

Scania is a major supplier to British industry of trucks, buses, coaches and engines for industrial and marine applications. Additionally, the company provides a wide range of complementary and ancillary services in support of its products and customers through its 90-plus-strong network of service centres. In 2015, Scania’s share of the UK heavy truck market was 19.5 percent and its combined bus and coach market share amounted to 7 percent.