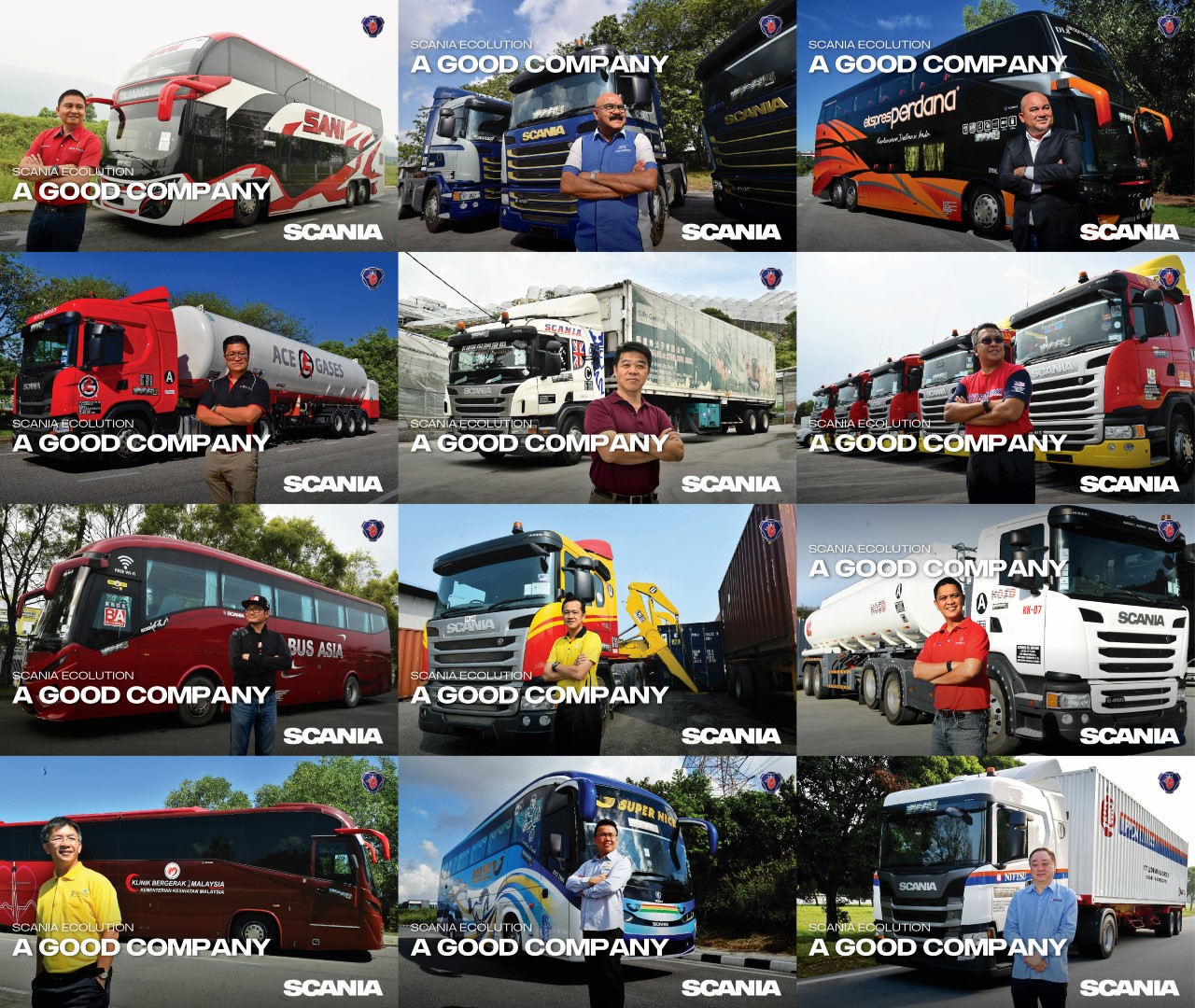 For the amount of pollution we contribute towards the atmosphere, the least we can do is reduce the usage of plastic and plant some trees. Realising this, Scania, and a few of its customers in Malaysia recently achieved something remarkable through the Scania Ecolution initiative.

A total reduction of 681,000 kg of Carbon Dioxide (CO2) has been achieved through the Scania Ecolution initiative so far. This is equivalent to an approximate planting of 10,000 trees flourishing in the past year.

In case you’re not familiar, Scania Ecolution is a tailor-made partnership between Scania and customers that focuses on reducing fuel consumption resulting in reduced CO2 emissions. The partnership also focuses on reducing operating cost translating to improved profitability while fulfilling the growing demand for environmentally-friendly initiatives.

The prerequisite to Scania Ecolution is signing up to the Scania Fleet Management System (FMS) Control 10 Package. There are over 200 trucks and coaches from over 30 customers with specifications that have been optimized to suit their respective operations.

Konsortium E-Mutiara Berhad was the first coach Ecolution customer in Asia back in 2018, and subscribed to Scania total solutions. The optimised vehicles are complemented with Fleet Management System to obtain vehicle and driver data for analysis.

Improvements to the drivers’ performance based on these data together with training & coaching services reduce idling, harsh braking or speeding for better fuel efficiency while lowering their carbon footprint.

“Sustainability and profitability can go hand-in-hand. Scania Ecolution and our customers have proven this and can only improve from hereon. This augurs well for shift towards a more sustainable transport system in this country,” stated the Managing Director of Scania Southeast Asia, Marie Sjödin Enström.

AONE Logistics Sdn Bhd, the first Scania Ecolution truck customer in Asia, believes that through vehicle optimisation and agreed fuel and CO2 emissions reduction targets can be achieved. The progress to reach the targets will be regularly monitored, evaluated and discussed with the Scania Ecolution Manager periodically to ensure the desired result.

Mohd Sidek Amzah Enterprise, an exclusive LPG distributor in Senai, Johor that believes in the Ecolution way of working regards Scania Ecolution as an important operational tool because as a relatively small player in the market, they are still able to be competitive with the bigger boys. This is partly due to the cost savings from lower fuel consumption, and more importantly, Scania Ecolution helps them to reduce their carbon footprint, lowering their impact to the environment.

As the first major manufacturer of heavy commercial vehicles, Scania’s far-reaching climate targets have officially been approved by the Science Based Target initiative (SBTi). Scania is committed to achieving the Paris agreement goals of limiting global warming to 1.5°C above pre-industrial levels. Scania will cut CO2 emissions from its own operations by 50 percent by 2025, and reduce emissions from its products by 20 percent during the same period – Scania Ecolution is one of the many initiatives to help achieve this.

“Driving the shift towards a sustainable transport system is Scania’s purpose and we remain fully committed. With the sign-ups progressing rapidly, Scania Ecolution might well become a standard amongst customers in Malaysia, leading the way in Southeast Asia,” concluded Marie.