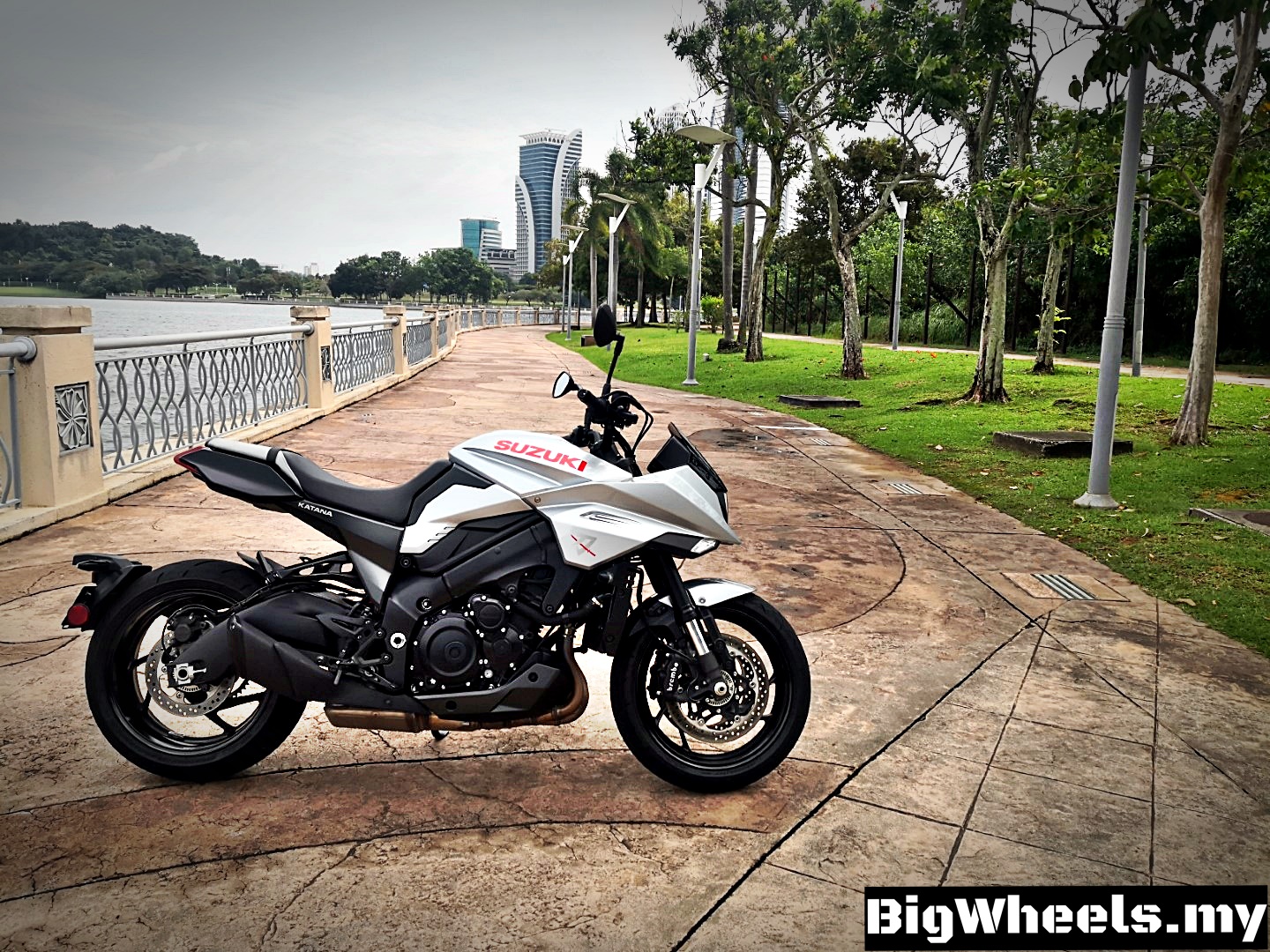 If we are to make a list of the most iconic motorcycles in history, there’s no doubt that the Suzuki Katana deserves a spot in it. What made it so iconic was its design that made the Katana look like it came straight from the set of Star Wars.

Designed by ex BMW chief of design Hans Muth, Jan Fellstrom, and Hans-Georg Kasten (Target Design), the bike just looked too cool for the 1980s. The trio even went the extra mile by fitting a pop-up headlight on it, driving bike fans around the world crazy. In fact, the original Suzuki Katana remains the only production bike to ever rock a pop-up headlight until today.

Upon the GSX1100S Katana’s release in late 1980, Suzuki claimed it to be the fastest mass-production motorcycle in the world as it was able to hit a top speed of 237 km/h at that time itself.

So, not only was it the coolest looking bike on the planet, but also the fastest, which made it a massive hit worldwide. As time went on, the Katana name was reused primarily in the American market on the revised Suzuki GSX-F series from the end of the 1980s through to 2006.

Although the company tried to use the Katana name on many models in that period in an effort to boost sales, the model didn’t actually have a direct descendant, until 2018 when it took the wraps off this bike here in Germany.

Paired to the engine is a six-speed close-ratio gearbox, which is complemented by a slipper clutch, ABS, and a four-level Traction Control system. Stopping power comes courtesy of Brembo radial-mount four-piston callipers with twin discs in front wheel and a Nissin single-piston calliper at the rear.

Meanwhile the suspension setup comprises non-adjustable upside-down front forks and a Link type, single shock, coil spring at the rear which is also non-adjustable. Weighing 215 kg, the new Katana comes with a seat height of 825 mm, and a rather small fuel tank that can store only 12-litres of petrol.

Equipped with the Suzuki Easy Start System that requires just a simple touch of the starter button to fire up the engine, the Katana comes fitted with a headlight, taillight, as well as turn signals that are all LED, and a “satellite” rear fender that houses the LED license plate illumination lamp and the rear turn signals.

Another highlight is the LCD multifunction instrument panel has a distinctive appearance and display format that is exclusive to the Katana. The panel’s LED backlighting is adjustable so the rider can set the brightness of white lettering and graphics against the display’s black background.

The bar-type tachometer also features a “peak-hold” function, which indicates what the peak rpm was before the engine speed began to drop. This feature helps the rider recognize the peak rpm at the last moment before downshifting.

Similar to its predecessor, the new Katana’s design is unlike any other bike in the market at the moment. In fact, it would not be an exaggeration to say that it is one of the sexiest naked bikes in the market currently.

While I love how the new Katana here looks despite not having a pop-up headlight, many die-hard fans of the old Katana whom I met during my stint with the bike told me that they just don’t like how it looks now because the bike’s rear end has been “cut short”. They also made it very clear that they absolutely despise the satellite rear fender which houses the number plate.

The funky looks of the bike is further complemented by the engine note of the Katana which is just pure music to your ears. Even with the standard muffler, the Katana sounds very sexy.

On top of the good looks and sweet engine note, the Katana’s acceleration is downright raw and brutal, making dashes from one traffic light to another and overtaking an absolutely enjoyable experience.

As cool and futuristic as it looks, the new Katana is actually a very basic bike. The fact that the suspension is non-adjustable, there are no various riding modes, and there is little to no riding aide makes you wonder if it is actually worth the RM77,989 it asks for, especially since there are many other naked bikes out there that are cheaper yet more technologically advanced.

It is also worth mentioning here that the Katana is not a suitable bike for beginners because the throttle is super sensitive.

One wrong twist of the throttle can actually send you flying as there are no features like low-rpm assist or wheelie control to limit the amount of power from going to the wheels and preventing an accidental wheelie.

And then we have the 12-litre fuel tank which is just not enough for long distance riding. I was told that the fuel tank capacity was actually compromised in the name of design, in order to make it look as sleek as possible.

The suspension on the other hand was neither hard nor soft, and took some time to get used to. Although it can still negotiate corners well, it wasn’t as agile as the Suzuki GSX-S750 which I sampled recently, just to put things into perspective.

After riding it for a couple of days, I felt that the new Katana here is actually more suitable for urban commuting, instead of interstate travelling or canyon carving. On top of that, this is a bike that looks like it is meant for those who like to ride alone, no thanks to the tiny pillion seat.

While the old Suzuki Katana looked and performed like a bike from the future, the new Katana here is the exact opposite. As funky as it looks, it is super basic and feels like a bike that actually came out a decade ago.

At the same time, even though the features and technology are quite basic, it is not suitable for beginners due to factors like the sensitive throttle and lack of riding aide, and even the agility for that matter.

Essentially, what we have here is a bike that is ideal for urban riding and that’s about it. Yes, it can still be ridden on long distance journeys but the frequent stops at petrol stations, the lack of wind protection, and the lack of riding modes and adjustable suspension will make you wish you were riding something else.

So, in case you’re wondering who this bike would appeal to, it is those who are willing to spend close to RM80,000 purely for the “Katana” name and its design. Nobody else.