Review: Mazda3 2.0 Hatchback High Plus – Sold Out for a Reason
Latest News Reviews

Review: Mazda3 2.0 Hatchback High Plus – Sold Out for a Reason 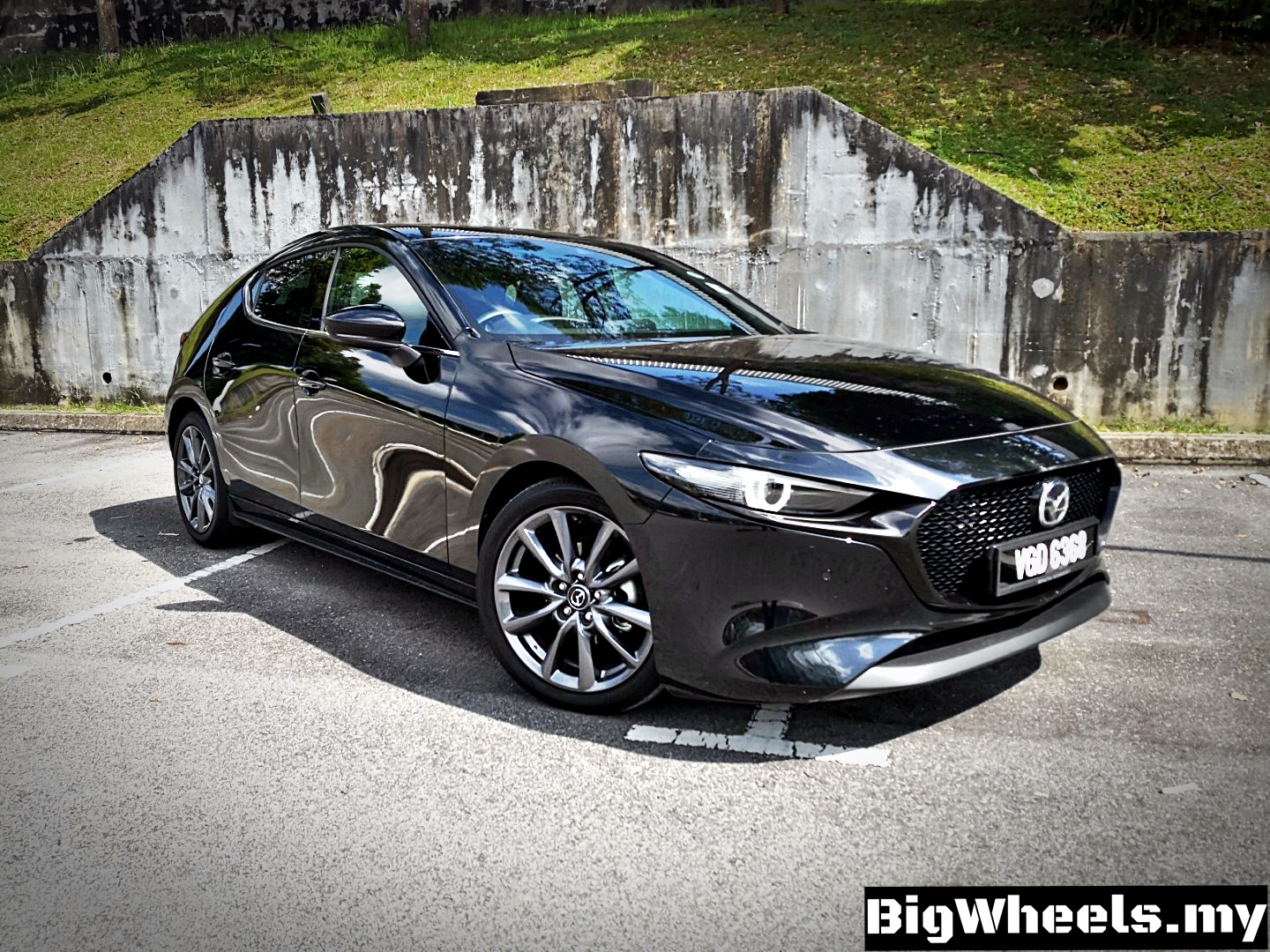 Only about a decade ago, the C-segment was on the brink of death. However, everything changed in 2016 when Honda launched the “exciting” Civic FC, bringing the segment back to life. Looking at how well the Civic was doing, rivals were quick to follow suit with models like the Toyota Corolla Altis and the Mazda3 here.

However, the Mazda3 which is being offered both in sedan and hatchback guises unlike its competitors is priced significantly higher than the Altis and the Civic, which made us wonder if it is really worth what it is asking for.

Design wise, the Mazda3 hatchback is the best looking model in its segment, straight up. In fact, it would not be an exaggeration to say that it is one of the best looking cars in the whole industry.

Unlike the Civic or the Altis that have so much happening on the exterior, the key to the Mazda3’s sexiness is the simplicity.

The sleek LED lights, the blacked out grille (sedan comes with chrome grille), the smooth silhouette, the wheel design, and the wide, muscular stance of the car makes it look stunning when seen from any angle.

Inside, we have a cabin that is on par with the Europeans in terms of build quality and refinement. As simple as things look, the devil is actually in the details here.

Things like the shape of the central display as well as the design of the buttons and levers show how much thought process has gone into developing this car that somewhat sets the benchmark for build quality in the C-segment.

All your modern day necessities like Apple CarPlay, Android Auto, Voice Command, GPS, rear air vents, and a powered sunroof are there, along decent amount of storage space and a generous dose of leather upholstery.

On the downside, space comes at a premium especially for the rear occupants. So, if space is an important requirement for you, you may want to look at the Civic which is arguably the most spacious in segment.

Another feature which turned out to be a nuisance was the centre console which gets into the already-limited leg room of the rear occupant when you open it, as you need to slide it to the back before it can be opened.

While the driver’s seat comes with 10-way power adjustment, the front passenger needs to adjust the seat manually. Rear seats on the other hand come can be folded 60:40. In case you’re wondering, boot space stands at 351-litre with the seats up.

Next to its design, the Mazda3 Hatchback’s biggest strength is its driving dynamics, thanks to the brilliant chassis.

There is no turbocharging involved, and the 162 hp output and 213 Nm produced by the engine may not sound that impressive on paper, but believe me when I say that this car here is anything but slow.

It may not be as quick as the Civic 1.5 VTEC Turbo on a straight line but where the Mazda3 puts its competitors to shame is in corners. All it took was one sharp corner before I realised how sharp, responsive, and confidence-instilling the Mazda3 hatchback is.

Further complementing the whole driving experience were the 18-inch tyres which had tonnes of grip, the smooth and responsive SkyActiv-Drive 6-speed automatic gearbox with paddle-shifters, and the steering that weighed just right.

After driving it around for a couple of days, it became obvious that this is a car that was designed to give the driver maximum pleasure and satisfaction, as the more I drove it, the more I wanted to thrash it.

If only it had a turbocharger and made between 200 and 250 horses, the Mazda3 would actually give cars like the Volkswagen Golf, the Mercedes-Benz A-Class, and even the BMW 218i Gran Coupe a good run for their money in terms of ride and handling.

That being said, the Mazda3 (both the hatchback and the sedan) is ideal only for a small family or for those who often travel with a single passenger, mainly due to the lack of rear space for occupants.

However, if you want the same driving feel but with more space, Mazda has the CX-30 or the CX-5 crossovers waiting for you.

While its design, ride and handling, and the build quality are its strengths, the Mazda3 Hatchback’s weaknesses are the lack of space and the steep price tag due to the fact that it is fully imported from Japan, and that it comes loaded with high quality materials.

So, if money is not an issue and space is not on top of your list of priorities, the Mazda3 Hatchback is a car which you should definitely check out.

UPDATE: “Sources familiar with the matter” recently reported that the model is sold out for now and a newer, better, upgraded version is coming our way, so stay tuned and watch this space for more updates on the upcoming 2022 Mazda3.