Review: A day with the Toyota Corolla Cross 1.8G
Reviews

Review: A day with the Toyota Corolla Cross 1.8G 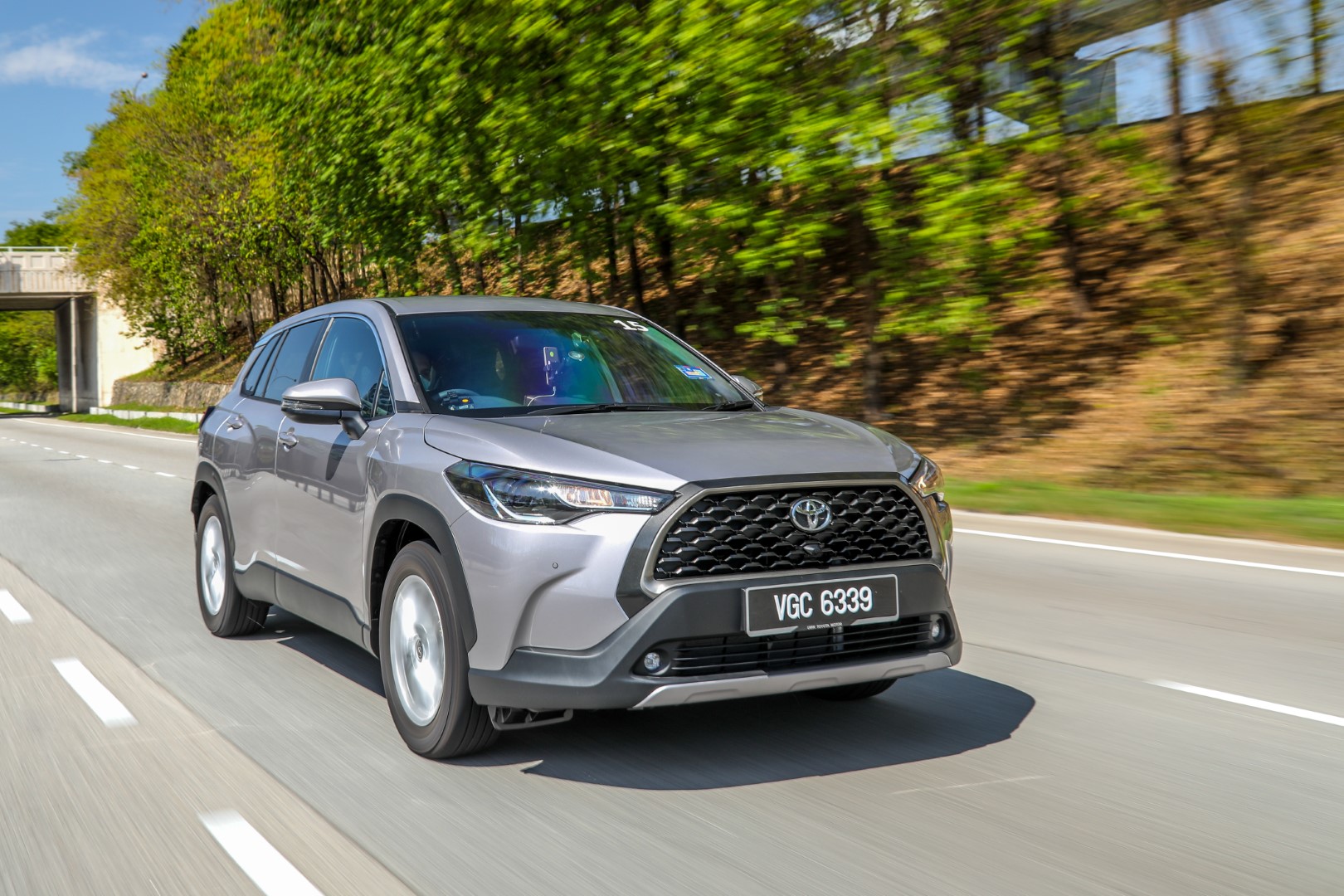 UMW Toyota Motor has officially welcome the Toyota Corolla Cross into the Malaysian market, offering the SUV in two trim levels with an asking price between RM124,000 and RM134,000.

So, in an effort to give us, the distinguished members of the press a first-hand experience on the newly launched model, we were invited to spend a day with the Corolla Cross 1.8G a couple of weeks ago, where we drove the SUV from the brand’s headquarters in Shah Alam to Bandar Rimbayu, Shah Alam, followed by Hulu Langat, and finally Cyberjaya before we returned to Shah Alam.

Although the route wasn’t as long as we expected it to be, it did comprise a good balance of highway, trunk roads, twisty bits, and some real crappy pothole filled roads on which we could really see what the Corolla Cross could do.

Going against models like the Subaru XV, Mazda CX-30, Honda HR-V, and the Proton X50, the Toyota Corolla Cross is among the more conservatively styled model in the segment. In fact, it looks a lot like its bigger brother, the RAV4.

There is no denying that the Corolla Cross is a good looking SUV, but unlike the C-HR, the Corolla Cross looks rather conservative. So, if you’re looking for a simple yet pleasant looking compact SUV, the Corolla Cross may tickle you in the right places. However, if you want something that is more eye-catching, you may want to get your hands on the Proton X50 or the Subaru XV that come with brighter exteriors colour and what not.

Similar to the exterior, the Corolla Cross’ interior is also designed to look rather simple. It may not look as funky as the X50 but it is still a pleasant place to be in. While the dashboard is made of a combination of hard and soft material, the seats, steering wheel, and gear lever are all wrapped in leather, giving a somewhat premium feel.

Comfort level was good though. The seats hugged our shoulders, back, and bottoms very well throughout our stint with the car. Four obese individuals can easily sit in the Corolla Cross and go for a road trip, but if five people are to fit in, be prepared for some shoulder-rubbing.

Taking centre-stage in front is the 9-inch touch-screen infotainment system with Apple CarPlay and Android Auto connectivity which is standard across the board. There are not many buttons to fiddle with which is a good thing. Everything you need to control can be done either via the controls on the steering wheel, the TFT multi-info display system, or the central touch screen.

As far as practicality and convenience go, there are adequate number of cubby holes and storage compartments for occupants to store their things, although we feel that rival models like the Honda HR-V come with a more versatile interior. Boot space with the rear seats up stand at 440-litres, which is among the best in class.

Once the 60:40 split-folding seats go down, there is even more space to load larger objects. The powered boot with kick-sensor is a big plus point though, as not many models in this segment has the feature.

Noise, vibration, and harshness (NVH) level was decent, but it is not as good as what you would get in a Mazda. For instance, the engine note could be heard clearly every time we put the accelerator pedal to the floor, but when we drove it calmly, it was much more tolerable.

Overall, the Toyota Corolla Cross is a very comfortable vehicle to drive and to be in. It gets up to speeds of about 130km/h very smoothly without any signs of struggling (you can hear the engine singing the song of its people though), meaning that there is always enough power both in town and on the highway.

Since it is designed with comfort as the utmost priority, there is noticeable body roll but that doesn’t mean that you cannot have some fun in the Corolla Cross. Despite the suspension travel, the Corolla Cross tolerates corners happily, surprising us along the twisty bits near the Langat dam.

If we are to compare it with its rivals, models like the Subaru XV and the Honda HR-V feel more planted especially when we’re taking corners, but in terms of comfort, the Corolla Cross is certainly one of the best in class.

To be honest, there is no major flaw with the Toyota Corolla Cross but if we are to nit-pick, it would’ve been better if the interior looked a tad flashier. Besides that, the 60:40 split-folding rear seats don’t actually fold flat into the floor, and the centre console storage compartment could’ve been a bit bigger.

We also hope that features like the wireless mobile device charging dock and rear DVR that are only available as an option for now, would come as standard once the Corolla Cross enters CKD phase so that the SUV will really stand out among the rest. Fingers crossed.

When UMW Toyota Motor launched the CH-R and the RAV4 SUVs, there was only issue with both models – the price. While the CH-R asks for almost RM150,000, the RAV4 is priced around RM200,000 which is significantly more than most of their rivals.

So, those who have been wanting a mid-sized Toyota SUV either paid for what they wanted, or just found something from another brand that is more affordable. However, now with the arrival of the Corolla Cross which is essentially a mini RAV4 and a less radical, more affordable, and more conservative alternative to the C-HR, Toyota has answered the prayers of all of those who have been wishing for a cheaper SUV from the big ‘T’.