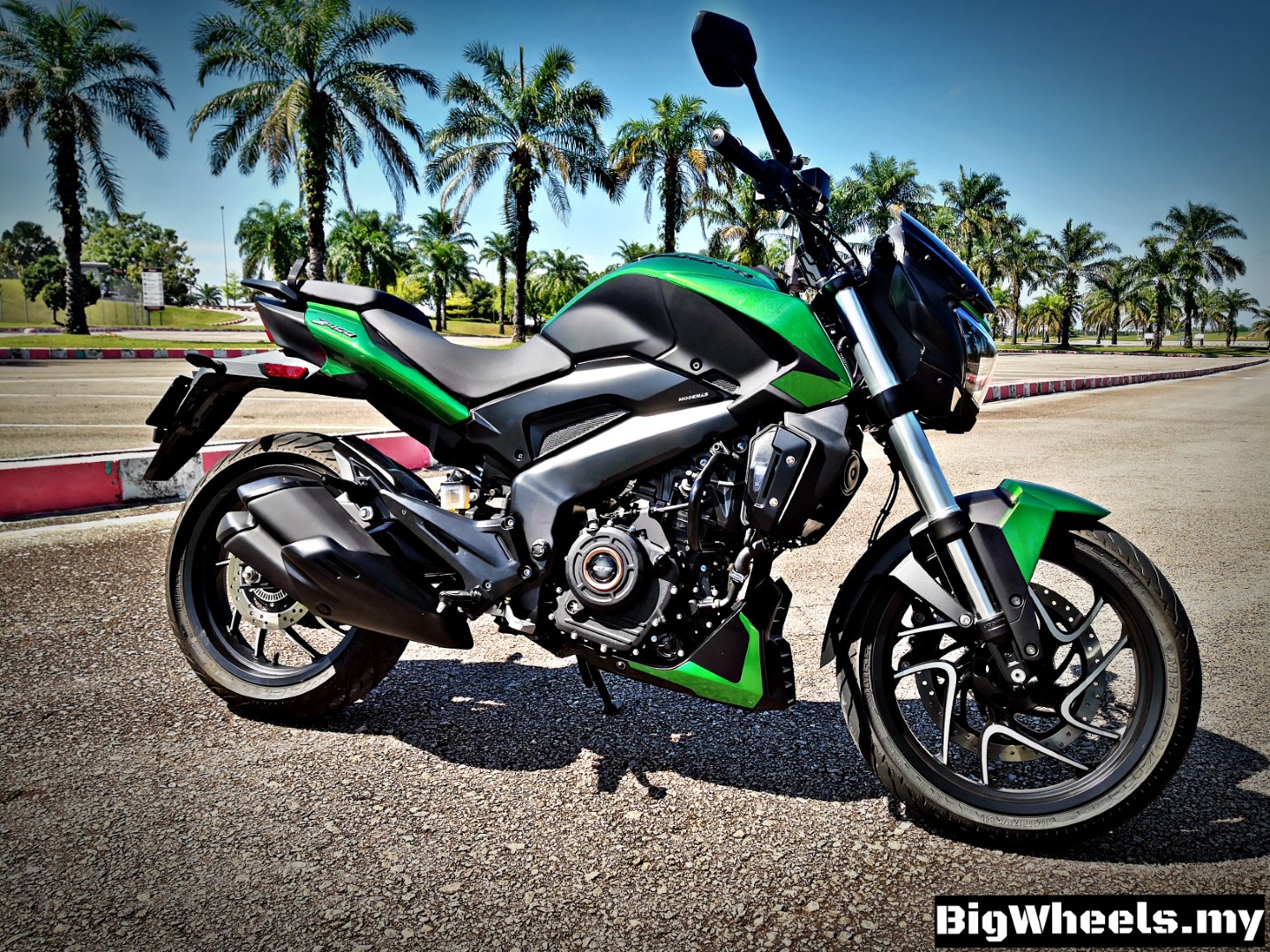 Having been around for three years now, the Modenas Dominar D400 has gone through a midlife model change in Malaysia with a few discreet upgrades.

So, in order to find out if the changes actually make it a better bike or if they are nothing more than just ‘wayang’, we got the opportunity to spend a couple of days with the new Dominar D400 recently, and this is how it went.

Launched in September, the new 2021 Modenas Dominar D400 now comes with a more powerful DOHC 373 cc liquid cooled engine with DTS-i technology that is capable of producing maximum output of 40 PS and 35 Nm of torque.

This unit replaces the outgoing SOHC 373 cc engine which made 5 PS lesser.

The model also comes with an “Assist and Slipper” clutch system that will help during sudden change of gears.

Previously positioned on the right side of the wheel, the front brake disc is now located on the left, as the Dominar D400 now comes with a new Upside Down fork unit that replaces the outgoing conventional telescopic fork.

Other new features include the Nitrox preload-adjustable rear shock that is 24 mm wider, newly designed side-mirrors, a second LCD display on the fuel tank that shows what gear you’re in and what time it is, as well as two new body colours (Charcoal Black, Savanna Green).

The Dominar D400 was a very comfortable bike to be on. While the positioning of the handlebar and the foot pegs made me feel very relaxed while riding it, the seats also did a fantastic job in supporting my heavyweight butt at all times.

The 373 cc DOHC engine packs quite a punch at low and mid rpm, bringing it from zero to speeds of around 120 km/h quickly and seamlessly. The way this thing pulled was actually nothing short of impressive.

Stopping power was also adequate, thanks to the ByBre brakes by Brembo.

Despite weighing close to 190kg, the Dominar D400 felt very agile, enabling me to manoeuvre the bike around town with ease.

And then we have the new upside-down forks that did a great job in absorbing bumps and lumps along the way, resulting in a pleasant ride with minimal vibration and harshness even on some really messed up roads in the Klang Valley.

As smooth and fun as it was in the city, the new Dominar was also enjoyable on the highway.

Even though the bike is capable of reaching speeds of around 160 km/h with a 120kg rider on it, it didn’t feel very nice after 140km/h due to the lack of wind protection.

However, if long distance riding is your thing, all you need to do is fit a larger windscreen, and you’re actually good to go for hundreds of km.

On the downside, there is no Traction Control or any other electronic riding aid, but there is ABS though.

Overall, the Modenas Dominar D400 is a very capable, comfortable and easy to ride middleweight naked bike that is ideal for daily commuting, long distance journeys across states, as well as occasional canyon carving thanks to the constant availability of power.

Essentially a rebadged Bajaj, one of the top bike brands in India, the Dominar has already proved its worth in many markets around the world thanks to its affordability and build quality.

So, if you’re planning to leave the Kapcai life and step into the world of big bikes, the Dominar here is a perfect transition bike before you progress your way up the displacement ladder.

For a bike that costs a mere RM13,997, it offers the best value for money compared to any other bike in the market. Therefore the new definition for the term “value for money” should be the Modenas Dominar D400.