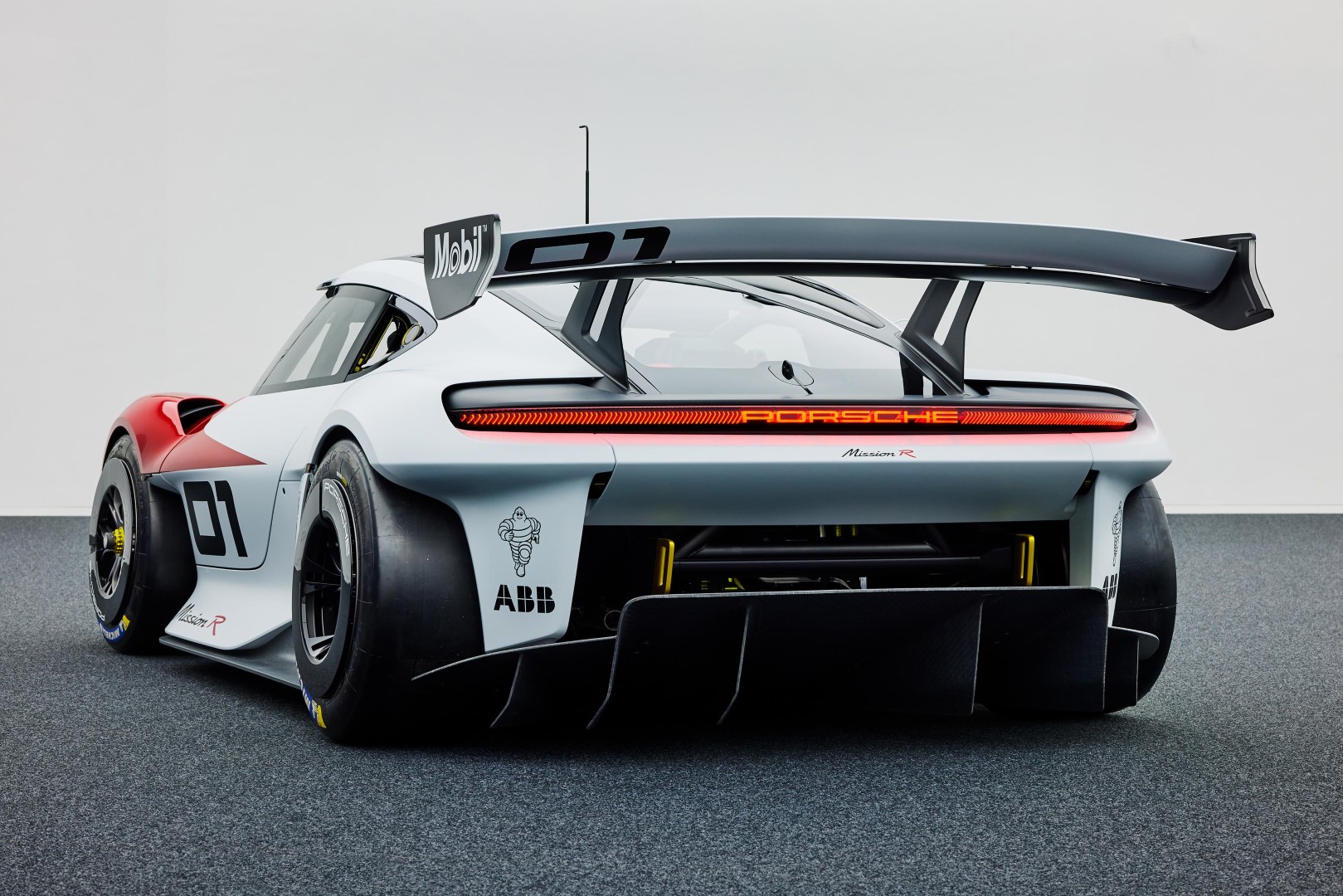 Porsche is presenting its vision of what customer motorsports will look like in the future with the Porsche Mission R. The show car celebrated its world premiere at the ongoing IAA Mobility expo in Munich.

The two newly developed electric motors incorporated in the Porsche Mission R deliver up to 1,088 PS in so-called qualifying mode. The battery capacity of around 80 kWh and the innovative recuperation system make sprint racing possible with no loss of output.

On the race track, the electric racer achieves the same lap time performance as the current Porsche 911 GT3 Cup.

An electric motor with up to 435 PS powers the front axle, while a maximum of 653 PS is delivered to the rear.

Thanks to advanced 900-volt technology and Porsche Turbo Charging, a good 15-minute break from racing is all that is needed to charge the battery from 5 to 80 per cent SoC (state of charge).

Charging can take place with up to 340 kW. The Mission R also features a further development of Porsche Active Aerodynamics (PAA) with Drag Reduction System (DRS) on the nose section and rear wing.

It comprises three louvres in each of the two side air intakes on the nose section as well as an adjustable, two-section rear wing.

In addition to the battery-electric drive concept, the body of the concept car also focuses on CO2 reduction and sustainability: it is largely made of natural fibre reinforced plastic (NFRP), the basic material of which is made from flax fibres obtained from farming.

This ecological material is also used for the front spoiler lip, the diffuser and the side skirts. NFRP is used extensively in the interior of the Mission R, such as the interior door panels, the rear bulkhead and the seat.

The interior design focuses on the driver in all areas. An ergonomically placed display between the controls on the steering wheel shows relevant data during the race.

The monitor above the steering column shows the images from the side mirror cameras and the central rear-view mirror camera.

A touch display to the right of the seat can be used to call up the driver’s biometric data, for instance. Numerous other cameras in the interior can be used to provide exciting sequences for a live stream transmission.

With the Mission R project, Porsche is bringing real and virtual racing closer together than ever before. The monocoque driver’s module in exactly the same form also doubles as an esports simulator.

At 4,326 mm in length, the Porsche Mission R is slightly shorter than the current 718 Cayman series, but it is noticeably wider at 1,990 mm and with an external height of 1,190 mm is also significantly lower.