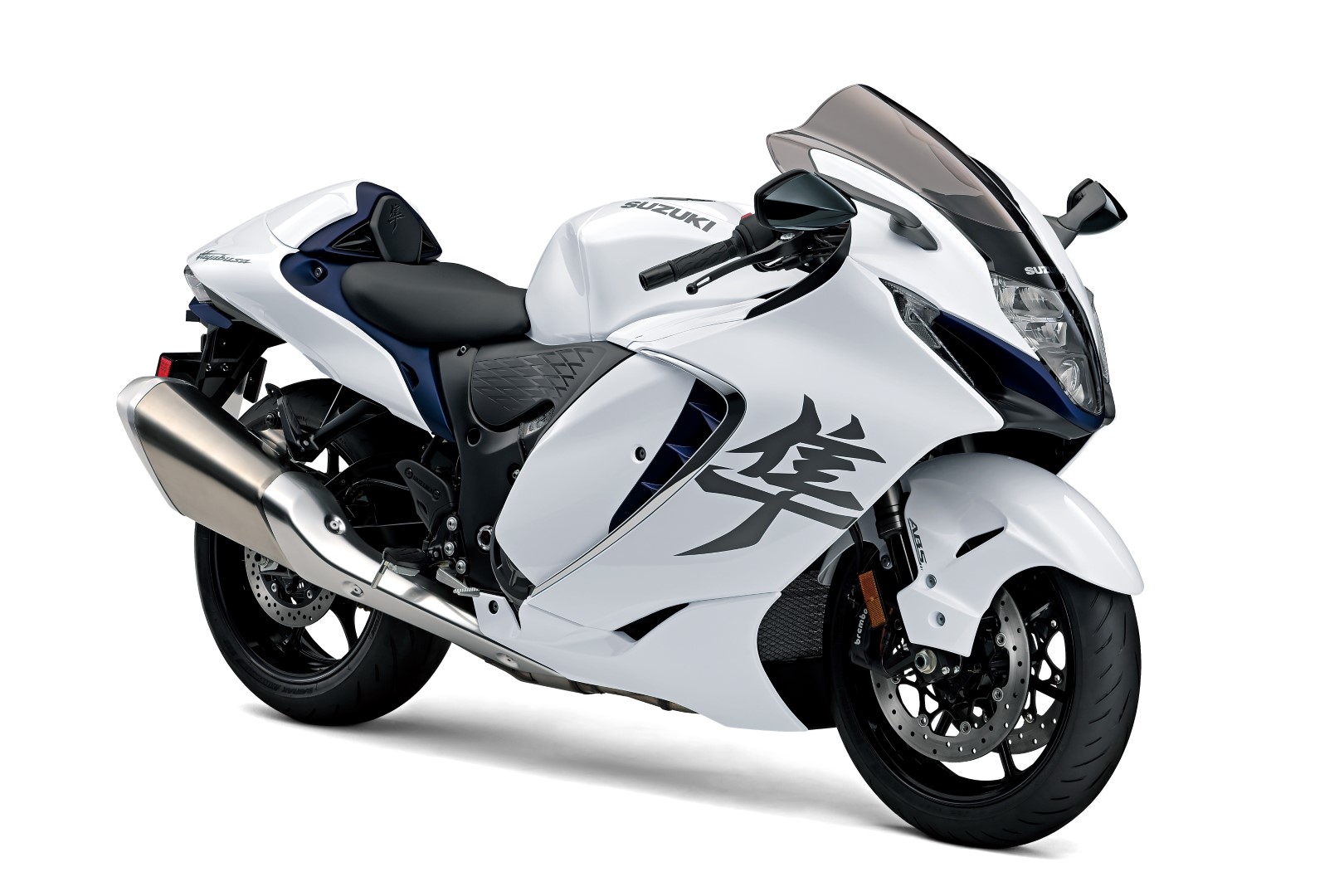 Suzuki has added a white version of the new Suzuki Hayabusa to its range for 2022, which joins the existing black and orange and matt silver and red versions launched this year.

The new pearl brilliant white Hayabusa with chrome trim and subtle metallic matt stellar blue accents is available only in selected markets in the world for now, while markets like ours will have to wait for it to arrive much later as the model only made its Malaysian debut few weeks ago.

Under the product concept “Ultimate Sport”, inherited from the very first generation, it has further evolved the unique styling design with outstanding aerodynamic performance and superior riding performance.

The new and iconic styling design, which is instantly recognizable as the Hayabusa, has a flowing, forward-slanting and aggressive silhouette characterized by its bold surfaces with sharp and edgy lines.

The body comes with two-tone colours by adopting different colours for the main body and small parts around the front air intakes, on the side cowlings, and in the rear section.

The turn signals with built-in position lights placed on the outer edges of the air intakes are adopted by Suzuki motorcycles for the first time.

It meets the Euro5 emission standards (for European specification) introduced on new motorcycles sold in Europe from 2020 while maintaining its best performance in the high speed range by pursuing top level of aerodynamic performance.

S.I.R.S. also comes with Active Speed Limiter, which is the first adaptation for production models in the motorcycle industry, allowing the rider to set a speed limit the bike should not exceed under certain circumstances.