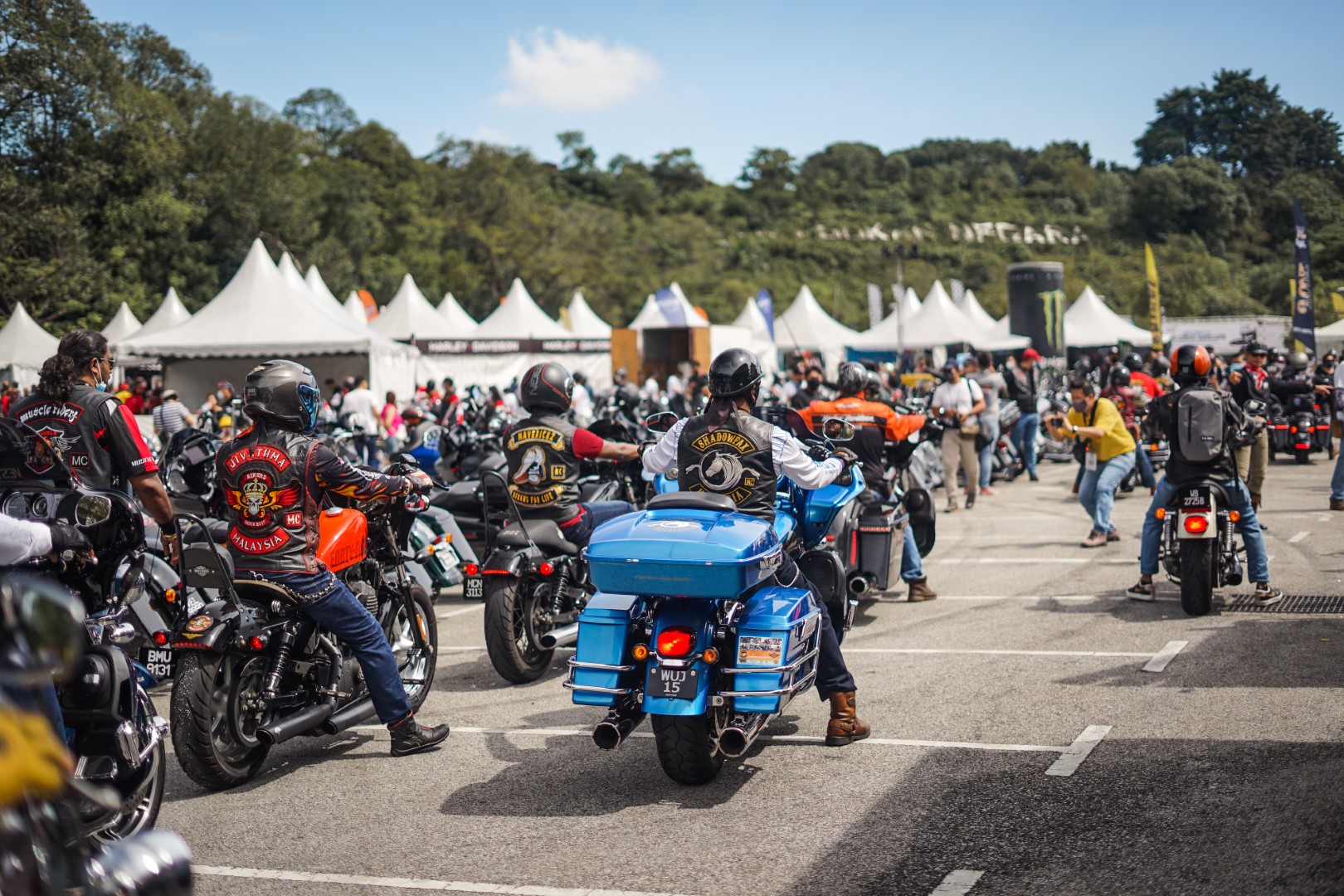 On 6 March, 902 riders hailing from various parts of Malaysia congregated at the Stadium Bukit Jalil Outdoor Carpark with their Harley-Davidson bikes as one of the highlights of the Velocity Motor Show.

This surpasses the previous record in 2010, where a total of 178 bikes were gathered. The strong turnout is testament to the tight knitted community of Harley-Davidson owners, and the growing interest in Harley-Davidson in Malaysia.

The record is registered under the name of “Didi Resources” who made this feat possible by gathering the Harley-Davidson riders.

After the record-breaking event, Harley-Davidson riders received a celebratory limited-edition patch to mark their efforts in collectively achieving this feat together.

The historic moment was concluded an action-packed weekend of the finest show cars and bikes on display at the Velocity Motor Show between 4-6 March, and the inaugural #BikeTown, of which Harley-Davidson is the main sponsor.

Harley-Davidson dealers of Malaysia also put up the roadshow “Test the Metal”, aiming to make the brand more accessible to motorcycle enthusiasts, and to bring selected new Harley-Davidson models including the Pan America and Sportster S closer to the guests.

Guests were encouraged to test-ride the Harley-Davidson motorcycles and experience the new Revolution Max engine.

“We have our passionate H.O.G community to thank for achieving this unique record. Every individual that showed up played an instrumental role in pulling this off. Our riders remain at the forefront of what we do, and we will strive to deliver such unique experiences that riders can resonate with.”

“Great work by our Harley-Davidson dealers in Malaysia to make this possible, along with the event organizers,” said Sajeev Rajasekharan, Managing Director, Asia Emerging Markets & India at Harley-Davidson.

“We are proud to be able to set a new Malaysia Book of Records together with Harley-Davidson Asia Pacific, our esteemed dealer partners and most importantly our Harley-Davidson brothers and sisters in Malaysia, for the Largest Harley-Davidson Gathering, in-conjunction with the Velocity Motor show. It is great to see riders coming back on the roads and for such events, ” mentioned Rewi Hamid Bugo, Chairman of DIDI Group.

Also read: All you need to know about the new Harley-Davidson Sportster S