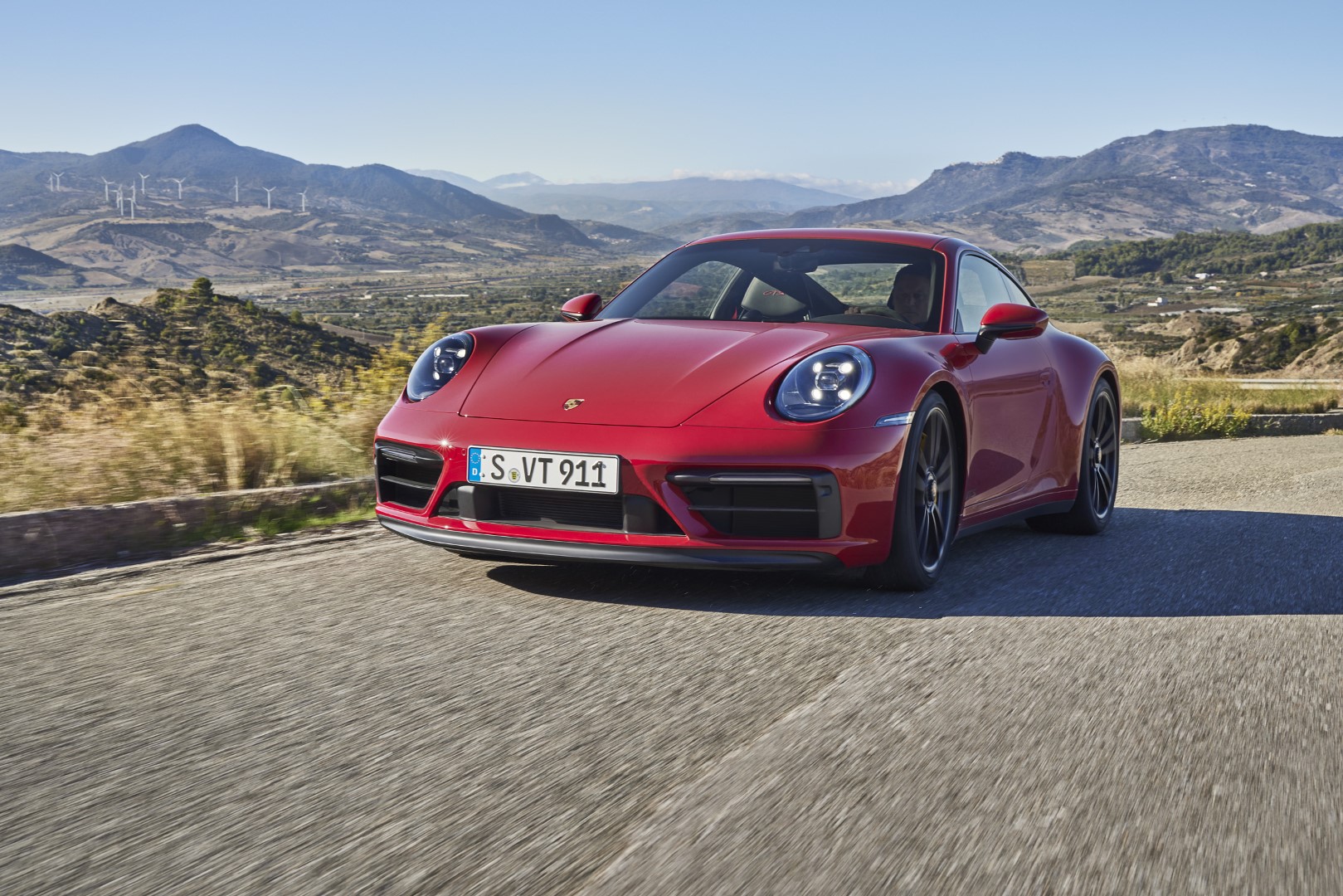 Approximately a year and a half after the market launch of the 992, the latest Porsche 911 range is welcoming the sporty GTS models to the family.

The GTS models are not only more powerful than the other 911 models, but also more visually distinctive, and come with better driving dynamics.

Owners get an eight-speed Porsche dual-clutch transmission (PDK) or a seven-speed manual, as well as GTS-specific suspension with Porsche Active Suspension Management (PASM).

Further complementing the package is the high-performance braking system from the 911 Turbo.

Driving dynamics is further improved with the Lightweight Design package, which will be available on the GTS for the first time and saves up to 25 kilograms.

Thanks to its standard Porsche Active Suspension Management (PASM), the dampers respond to dynamic changes at lightning speed. In the Coupé and Cabriolet, PASM is standard, combined with the 10-millimetre-lower sport chassis.

The engineers have also adjusted stopping performance to match the increased performance of the GTS, which makes use of the high-performance braking system from the 911 Turbo.

A multitude of black or darkened exterior details is characteristic of the 911 GTS. On the 911 Targa 4 GTS, this also includes the model-defining hoop and Targa lettering.

Additional elements painted in black silk gloss include the spoiler lip, the centre-lock alloy wheels, the engine cover louvres, and the GTS script on the doors and rear of the car.

The exterior package, in which these and other details are executed in high-gloss black, can be chosen as an option.

All 911 GTS models effectively have the Sport Design package, with distinctive trim for the front, rear and the side sills. The headlight rims and daytime running light surrounds are darkened, and the car is fitted with standard LED headlights with Porsche Dynamic Light System Plus (PDLS Plus). The rear lights are unique to the GTS models.

Inside, we have carbon fibre reinforced plastic (CFRP) full bucket seats, lightweight glass for the side and rear windows, and lightweight battery.

The rear seats are also removed. Other performance enhancements include rear-axle steering as standard in this equipment package and additional aerodynamic finishing touches.

The gear lever of the optional seven-speed manual transmission has also been shortened by 10 mm, which enables fast gear shifts with a flick of the wrist. A GT Sport steering wheel with mode switch also comes as standard.

The central sections of the seats, the steering wheel rim, door handles and armrests, storage compartment lid and gear lever are all trimmed in the microfibre material.

With the GTS interior package, the decorative seams are available in Carmine Red or Crayon as an option.

The seatbelts and embroidered GTS lettering on the headrests, rev counter and Sport Chrono clock come in the same contrasting colours.

The decorative inserts on the dashboard and door trim are matt Carbon with the GTS interior package.

The touch areas in the Media menu have been enlarged and the option of rearranging the tiles on the home screen is new. The improved voice assistant recognises natural speech and can be activated with “Hey Porsche”. iOS and Android users will enjoy full connectivity. With Apple Car Play and now Android Auto, the functions of the corresponding mobile phones can be fully used in the new Porsche 911 GTS models.