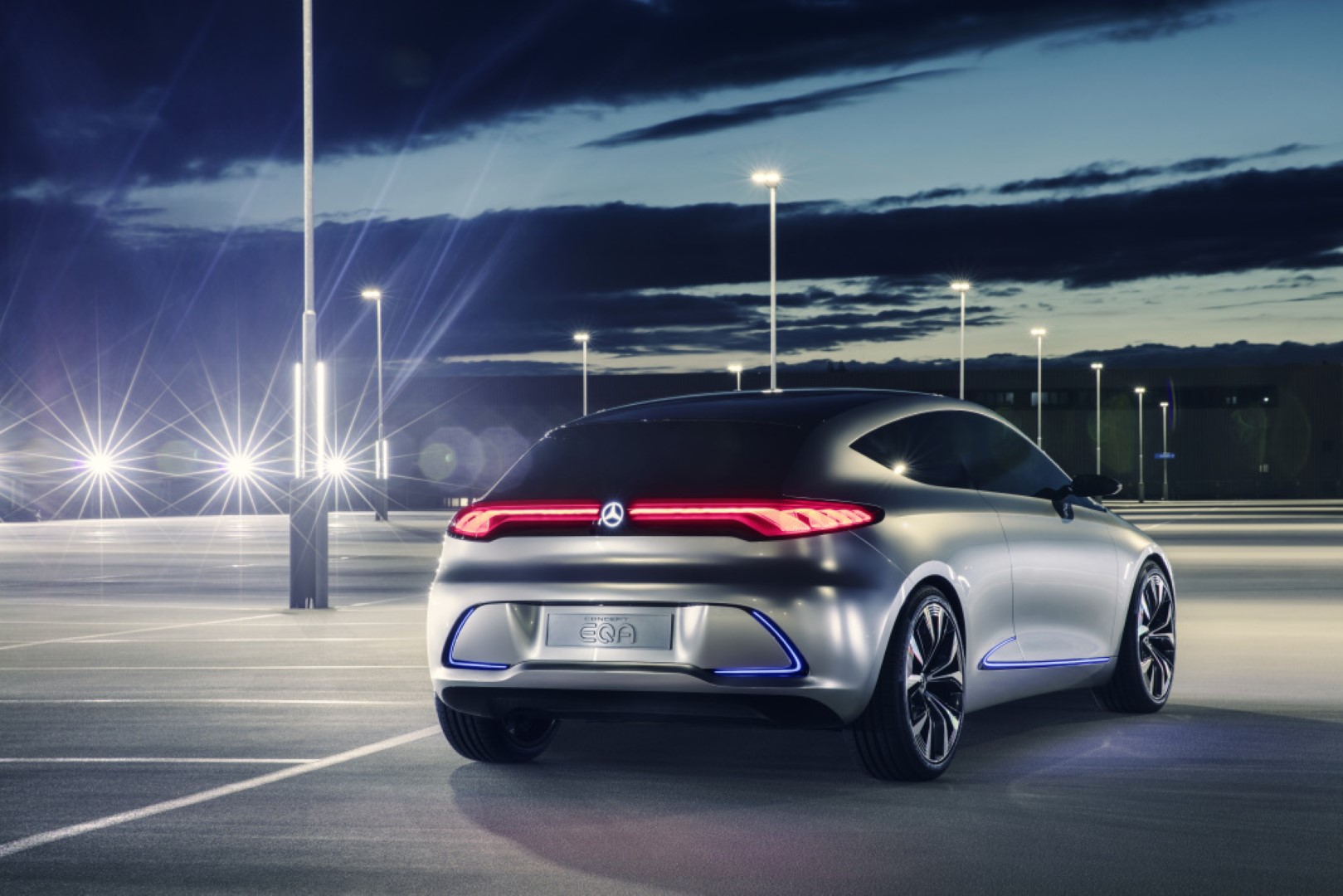 Believe it or not, it has been three years since Mercedes-Benz revealed the EQA in concept form, and in just two more days, the full electric version of the A-Class is all set to make its world debut. In an effort to build some hype around the launch, the folks at Stuttgart have released a teaser of the interior, and some juicy details about the electric compact.

Measuring 4,285 mm in length, 1,810 in width, and 1,428 mm in height with a wheelbase length of 2,729 mm, the EQA features short overhangs particularly at the rear like the new GLA, and the shallow greenhouse, which is positioned well back, emphasise the volume of the vehicle body, while the integration of modern graphics creates a unique, sporty character.

Instead of a conventional radiator grille, the show car features a black panel with integrated LED matrix at the front, flowing seamlessly out of the bonnet.

This black panel is a virtual radiator grille which can completely change in appearance: the Concept EQA shows the surrounding world which drive program the driver has selected via an animated design in the virtual grille.

In the “Sport” drive program the grille depicts a flaming wing in horizontal format, while in “Sport Plus” mode vertical struts in the style of a Panamericana radiator grille are displayed. Common to both grille variants is the illuminated central star.

The headlamps are seamlessly embedded in the black panel grille and, together with the animated 3D grille, produce the new EQ face. The signet of the daytime running lamps reflects the hallmark Mercedes-Benz look. Last but not least, the blue lines are continued in the bumpers, giving the vehicle a lower-slung look.

The first model to be unveiled will be the EQA 250 with an output of 187 hp. After the market launch, further power levels up to over 268 hp as well as a variant with all‑wheel drive will successively follow.

Among the main highlights of the EQA is the Electric Intelligence system, which calculates the fastest route to the destination. On the basis of ongoing range simulations, necessary charging stops are taken into account, as are numerous other factors such as topography and the weather. This makes it easier for anyone who is initially deciding on an all-electric vehicle to get started.

And then we have the features. Take the lights for instance – Mercedes-Benz has opted for laser fibres. The spiral-shaped light signet underlines the electric concept, its design evoking the copper windings of an electric motor and the animation visualising electrical impulses.

In combination with the intelligent Mercedes-Benz operating strategy, the EQA achieves a range of around 400 kilometres, depending on the battery capacity installed.

The EQA can be charged via induction or wallbox and is also ready for rapid charging. The vision for using public charging stations is “seamless charging”, where Mercedes me-based service makes it easy for the customer to charge and pay at different charging stations.

That being said, more details will be revealed during the world premiere in two more days.