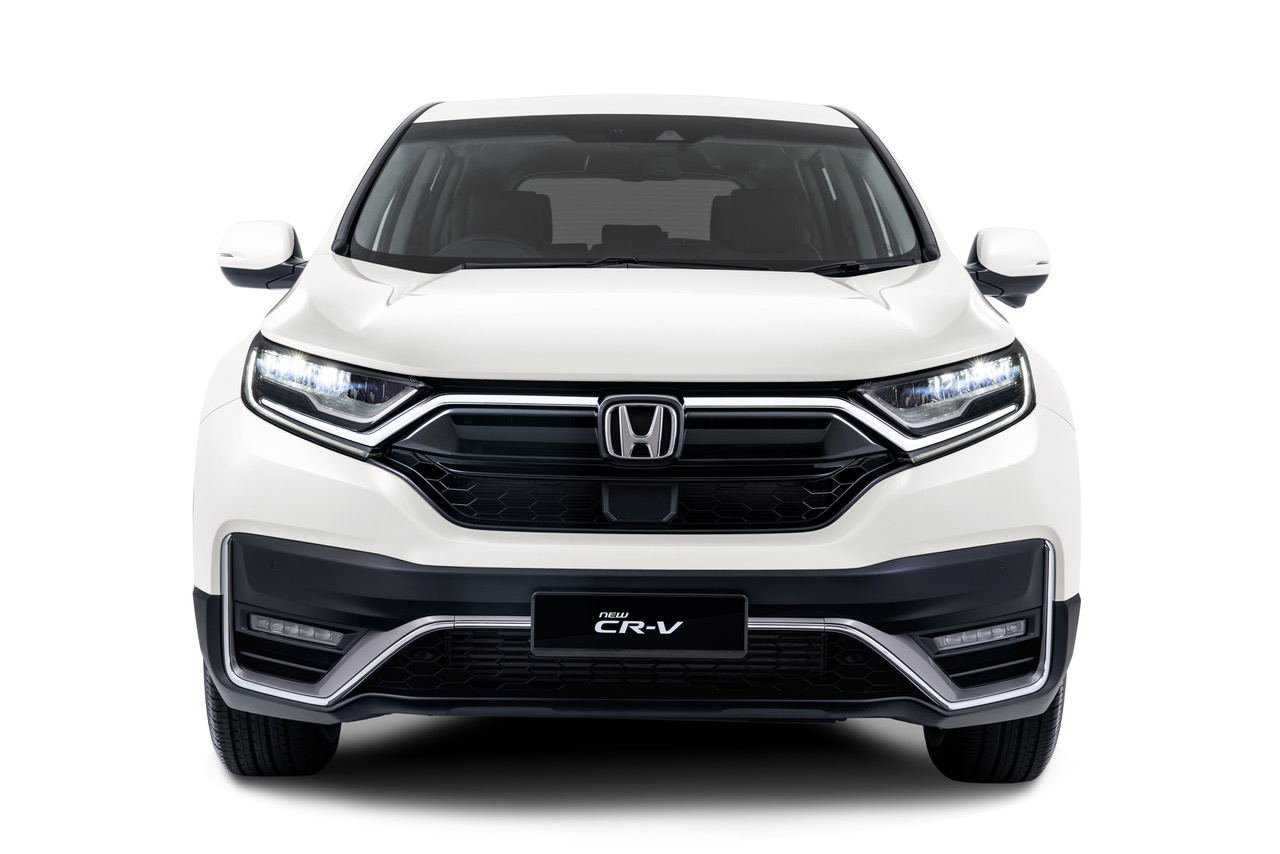 So, what is new? On the exterior, we have a new black front grille combined with Honda Signature LED headlights, new front bumper with Honda’s Wing-style Chrome Fascia, new rear dark chrome bits, as well as new Smoked Finish Taillights.

The rear bumper is also garnished with New Wing-style Chrome Fascia and New Tail Pipe Finisher. Further elevating the aesthetics of the New CR-V are its 18-inch Dual-Tone Alloy Wheels with new design.

The New CR-V is also equipped with Hands free Power Tailgate which can be activated with a foot motion under the rear bumper to open and close the cargo.

And then we have the full suite of Honda Sensing package that consists of eight features:

In addition, Honda LaneWatch is now a standard safety feature in the New CR-V.

Developed to improve driver’s awareness and assure safety, this system features a camera mounted on the left passenger side mirror with visuals displayed on the car’s infotainment screen when turning or changing lanes.

Powered by a 1.5L VTEC Turbocharged engine, the New CR-V produces power output of up to 193PS and 243Nm, making it more powerful than a 2.4L engine performance, to deliver uncompromised power for an SUV body type while maintaining fuel efficiency at the same time.

Since its launch in 2017, more than 36,000 units of the 5th Generation CR-V are now on Malaysian roads. The CR-V contributed 19% to the overall Non-National SUV segment, making it one of the most popular and beloved Sport Utility Vehicle (SUV) in the market.

The launch of the New CR-V in Malaysia is expected to be in Q4 2020 and will up the ante to be the all-rounder of the SUV segment.