New Ford F-150 Raptor Now On its Way to China 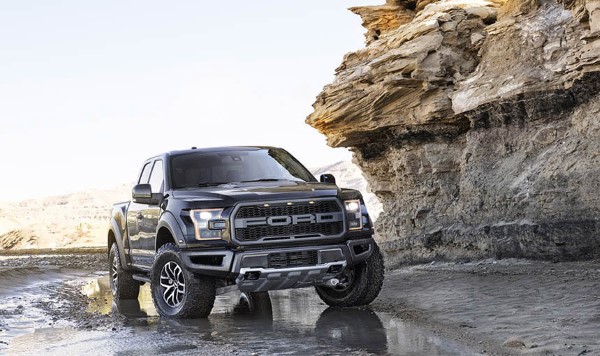 Ford has started shipping its all-new 2017 F-150 Raptor – the ultimate high-performance off-road pickup truck – to eager customers in China, marking the first time any U.S.-built F-Series truck has been officially exported to China.

F-150 Raptor is a class of one among off-road performance vehicles, with purpose-built engine, chassis and suspension – all of which enable it to travel fast over challenging desert landscapes or crawl along rocky terrain, from Baja to the Gobi Desert.

“Ford is one of America’s top exporters, and F-150 Raptor’s appeal and unmatched off-road performance has earned the truck a loyal following around the globe,” said Joe Hinrichs, Ford president, The Americas. “Export to China enables us to bring a new group of enthusiasts into the Ford family.”

Exported as a four-door SuperCrew model, the second-generation F-150 Raptor leverages the latest advanced technologies, including a military-grade, high-strength, aluminum-alloy cab, while its muscular body is uniquely composite. The all-new Raptor features an exclusive high-output version of the 3.5-liter EcoBoost® engine, plus a Ford-built 10-speed automatic transmission and advanced six-mode Terrain Management System™.

“Raptor’s unique looks and capability have generated amazing buzz at every auto show we’ve brought it to around China,” said David Schoch, Ford group vice president and president, Ford Asia Pacific. “F-150 Raptor is another example of our commitment to offer a wide range of vehicles for customers in China – everything from SUVs to high-performance cars and trucks.”