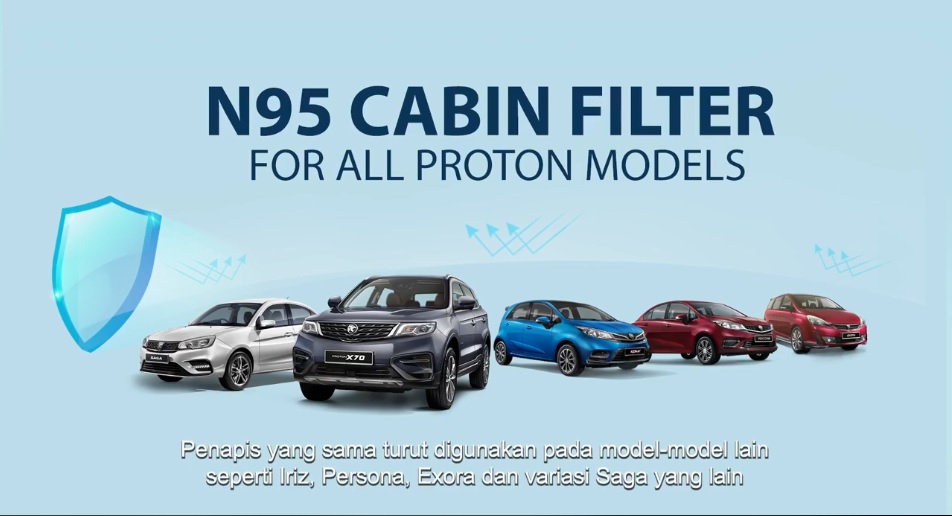 The unveiling of the Saga Anniversary Edition was not the only big news from Proton today, as the company also made another big announcement.

Proton’s N95 Cabin Filter, which was previously available only on the X70 SUV, will now be made available for the Saga, Persona, Iriz, and Exora as well.

While current owners will have the option to purchase the N95 Cabin Filter for RM59 excluding labour charges, there will be a 15% discount on the price of the filter For a limited period until the 9th of October 2020.

The new N95 Cabin Filter is capable of removing 95% of particles larger than 0.3 microns and also removes 98% of PM2.5 dust particulates.

It is therefore an effective barrier against smoke particulates, dust, bacteria and other pollutants and functions in both fresh and recirculation modes for the air-conditioning system.