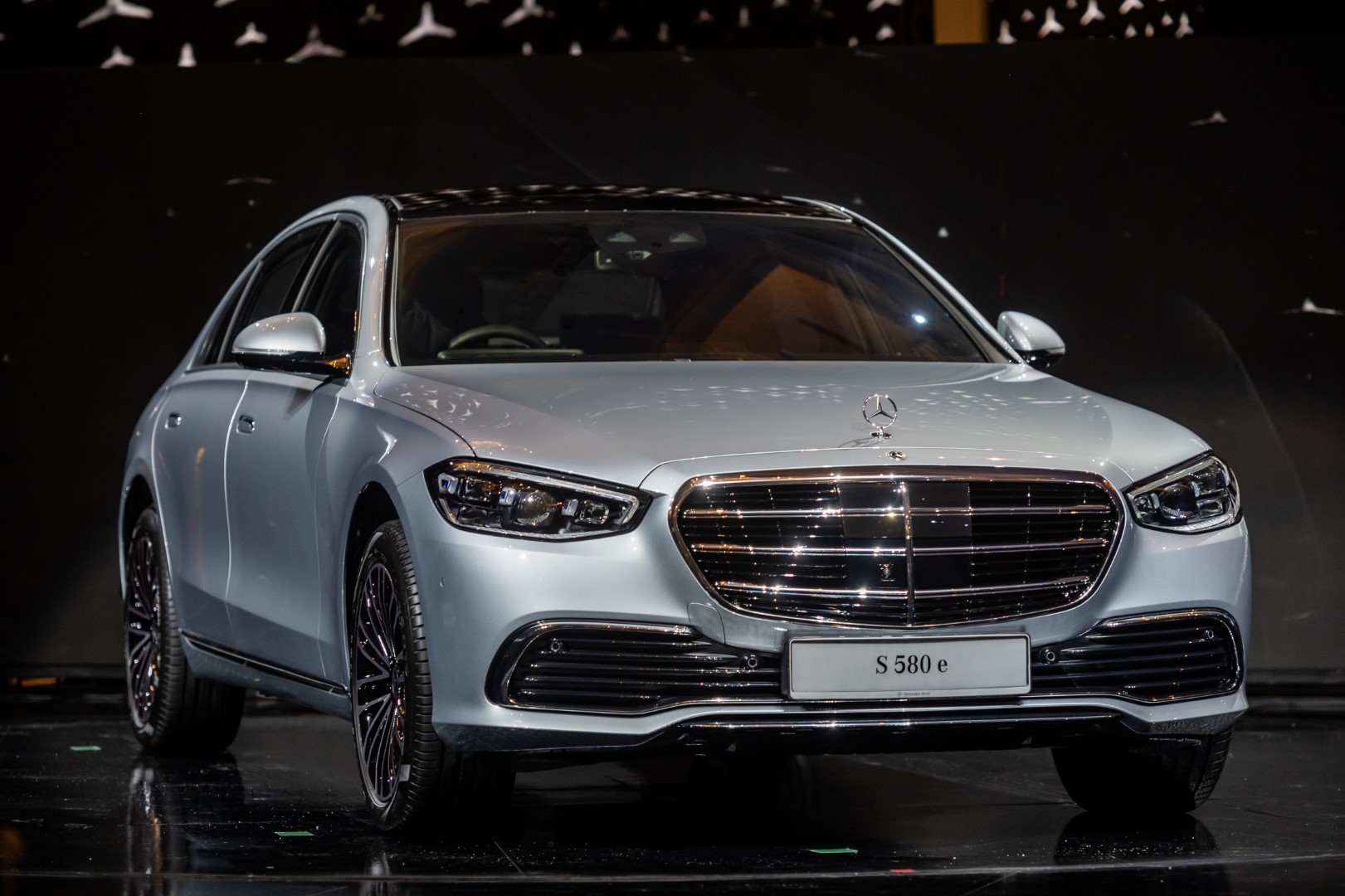 Two months after announcing its arrival in Malaysia, Mercedes-Benz Malaysia finally announced the price of the new S-Class S580e which stands at RM698,744 inclusive of the 0% Sales Tax until the 30th of June 2022 (for Peninsular Malaysia).

Assembled locally at Mercedes-Benz plant in Pekan, Pahang, the new Mercedes-Benz S-Class will be offered only in one variant, which is the S580e plug-in hybrid version you see here.

Powering the new S580e is a 3.0 litre inline-6 engine that makes 367 hp and 500 Nm of torque, and also an electric motor that produces 147 hp and 440 Nm of torque. Sending all the power to the wheels is the 9G-Tronic automatic gearbox.

As far as the performance is concerned, the S580e is capable accelerating from naught to 100 km/h in 5.2 seconds. Meanwhile, the S580e offers an estimated 100km pure electric driving range courtesy of its hybrid electric motor.

Featuring a fresh design that looks somewhat sharper and sleeker than the outgoing model, highlights on the new S580e’s exterior include the Digital Light system, which has a light module with three extremely powerful LEDs with light that is refracted and directed by 1.3 million micro-mirrors. The resolution is therefore more than 2.6 million pixels per vehicle.

Besides the funky lights, we have the flush door handles, 19-inch tyres, and a newly designed wheel design. Inside, the second generation of this learn-capable system now débuts in the new S-Class.

The vehicle interior is even more digital and intelligent, with five large screens, in part with OLED technology, making the control of vehicle and comfort functions even easier.

The system now features fingerprint scanner just below the central display. When you touch the colour-illuminated button, the system unlocks access. This is secure and additionally more straightforward than entering a PIN.

Also available is the MBUX Augmented Reality Navigation which connects the virtual world with the real world. The technology incorporates graphical navigation instructions and traffic information into live images to ensure drivers will reach safely and stress-free.

The voice assistant “Hey Mercedes” feature on the other hand, can now be controlled from the rear seats. Also featured in the new S-class is the Burmester 3D surround sound system.

According to Mercedes-Benz, more than 98 kg of components made from resource-conserving materials are used in the new S-Class. The number of components containing recycled material is now 120 – more than twice as many as in the preceding model.

Another 40 kg or so are made from renewable raw materials. The process of environmentally compatible development with specific targets is firmly embedded in the overall development process. Environmental aspects are already taken into account in the conceptual phase.