MAN Celebrates Delivery of its 1,000th Bus in Singapore 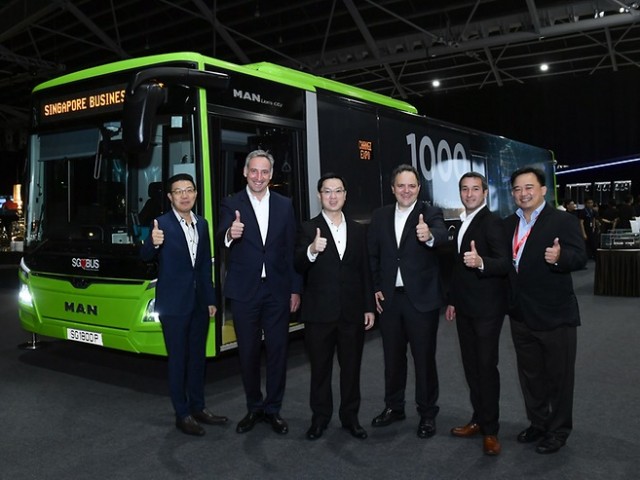 MAN Truck & Bus has delivered 1,300 chassis for city buses to Singapore over the last eight years. In late October 2018, the 1,000th vehicle was symbolically handed over to its new owners.

Since 2011, MAN Truck & Bus has delivered some 1,300 vehicles to its local importer, ST Engineering Land Systems (STELS). “Thanks to the successful partnership with STELS, MAN Truck & Bus has been able to evolve into one of the strongest brands in the Singaporean commercial vehicle market in recent years,” says Christian Schuf, Head of Sales & Product Bus at MAN Truck & Bus Asia Pacific.

The 1,000th bus was symbolically handed over to the Land Transport Authority (LTA) during the Singapore Business Night in front of around 800 guests invited by ST Engineering Land Systems. “We are delighted with this success – but also with the important contribution we and our vehicles make towards efficient and sustainable transport in Singapore,” explains Rudi Kuchta, Head of Product & Sales Bus at MAN Truck & Bus, adding: “Our success is built in part on meeting the diverse needs of our customers with an extensive product range.” Specifically, 12-metre rigid buses, 18-metre articulated buses and 12-metre double-deckers are all based on MAN Truck & Bus’ city bus chassis. These are assembled by Malaysian body manufacturer Gemilang. 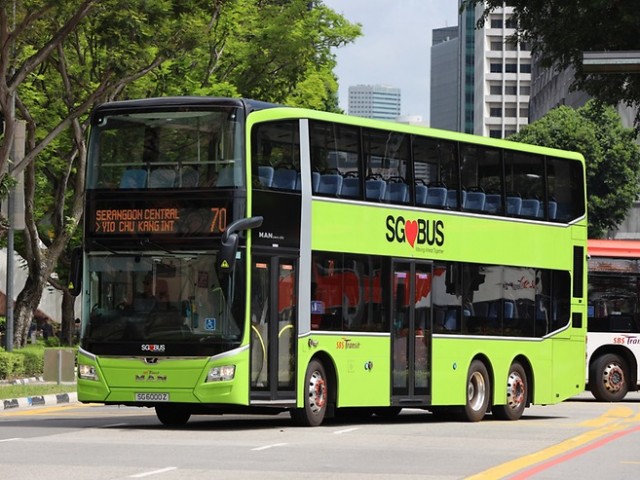 “Just last year, MAN Truck & Bus Asia Pacific received a major order for 500 double-decker and single-decker buses for Singapore – selling more vehicles in the process than ever before in a single year,” Schuf notes. The A95 six-wheel low-floor chassis, which the double-decker city bus is based on, is fitted with a Euro 6 engine that produces 320 hp (235 kW), in addition to a six-speed ZF EcoLife gearbox. Meanwhile, residents and the environment are both respected due to the vehicles’ low noise and exhaust emissions. A safe and comfortable driving experience is ensured for both drivers and passengers thanks to the electronic brake system (EBS), along with ABS, ASR and the electronic stability programme (ESP). The lower deck contains a wheelchair space. In addition, special seating is available for older people and passengers with reduced mobility. The low-floor double-deckers, specially engineered for the Asian market, are used on urban routes.

“In close partnership with STE Land Systems and body manufacturer Gemilang, we are constantly working on new concepts, including three-door versions for an improved passenger flow and an optimised interior layout for higher passenger capacities and lower vehicle weights,” Schuf explains.

Customers can also benefit from a strong sales partner, comprehensive customer service and on-site training. “The numbers prove how well this is received: In recent years, we have not only sold more than 1,000 buses in Singapore, but 1,000 trucks as well. We are proud of this remarkable success story,” says Christian Fischer, Head of International Key Account Bus at MAN Truck & Bus.