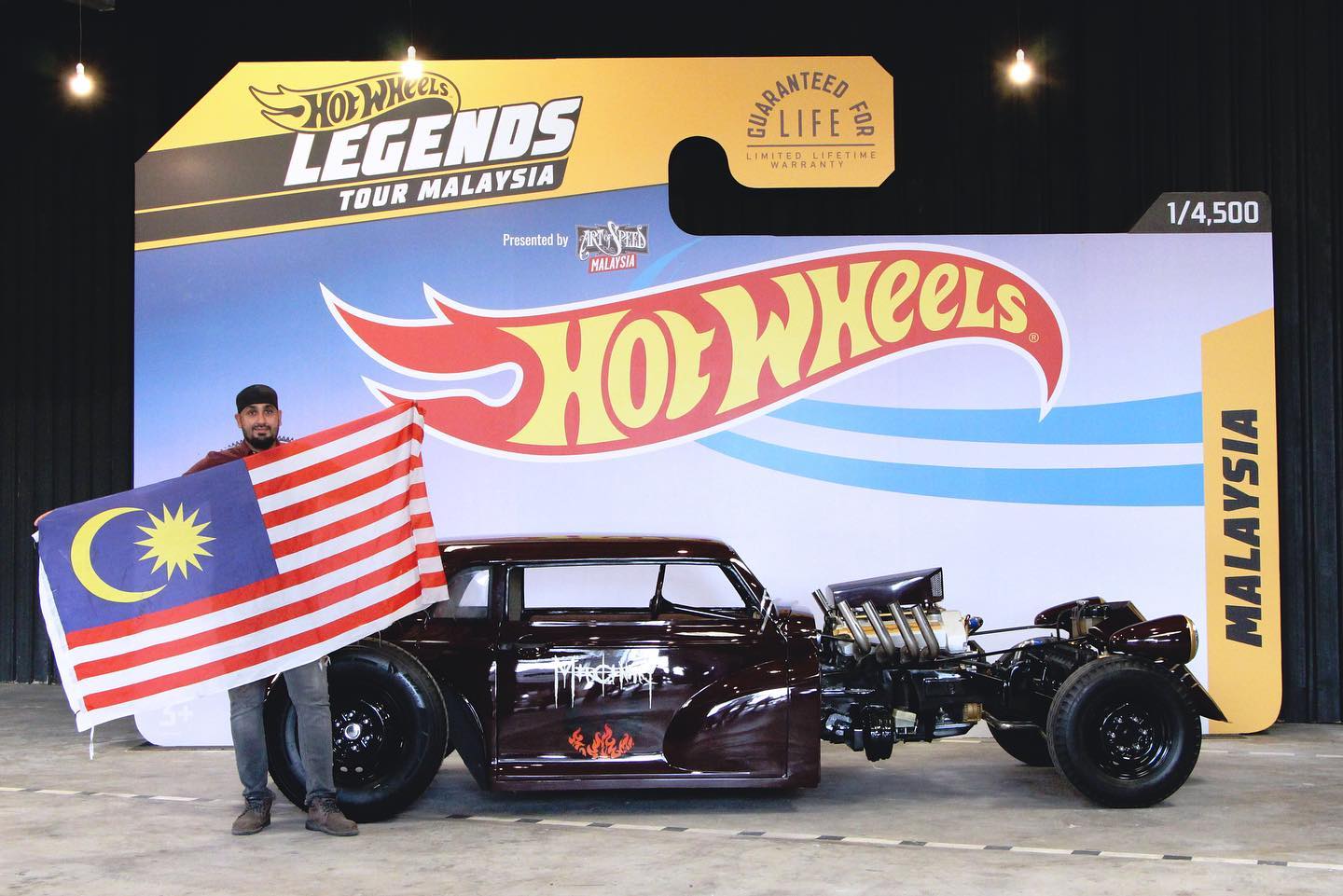 This year’s installation of the Hot Wheels Legends Tour, a travelling car show in search of a customized car worthy of becoming immortalised as an iconic 1:64 Hot Wheels diecast, was just concluded last week and believe it or not, a Malaysian entry actually clinched a spot in the finals.

Inspired by American hot rods, Ravinder’s “Mercenary” was praised for its use of period-correct tyres and unique choice of parts – most of which aren’t available even in the United States – giving it a distinct and memorable silhouette.

Ravinder, a budding electrical and electronics engineer, also owns “The Classic Garage” in Johor. He has been a contributor to the local custom car community for many years – sharing his own builds as well as providing the services to others in the hobby.

Coming back to the competition, each entry was judged on three criteria: Authenticity, Creativity, as well as Garage Spirit, which meant that the final product had to be something that was built and not bought.

While all the entries were judged and shortlisted by Hot Wheels designers Ryu Asada, Phil Riehlman, Brendon Vetuskey, and Lindsey Lee, the grand Finals, which took place last week virtually, was hosted by Jay Leno and motorsports ambassador Jarod DeAnda.

The winners were then determined by Hot Wheels designers and car-loving celebrity judges Jay Leno, Snoop Dogg, Gabriel “Fluffy” Iglesias, and Brionna Lynch. This year’s champion was Riley Stair from Sacramento, California with a custom 1970 Pontiac Trans Am.

On a separate note, for the first time ever, an Asian country has been invited to join the USA, UK, Mexico, and Germany to host the Hot Wheels Legends Tour, and it is none other than Malaysia.

The Malaysian round of the Hot Wheels Legends Tour will be part of the Art of Speed Malaysia 2020 custom car show, will take place from the 30th of December 2020 to the 1st of January 2021 at the One Utama Shopping Centre (New Wing).

Admission is free to the public. Visitors will have a chance to get up close and personal with the 1:1 scale Hot Wheels ‘65 Volkswagen Fastback as well as the Top 5 custom car entries of the Malaysian leg of the Hot Wheels Legends Tour.