King of the Hammers
Commercial Vehicles

King of the Hammers 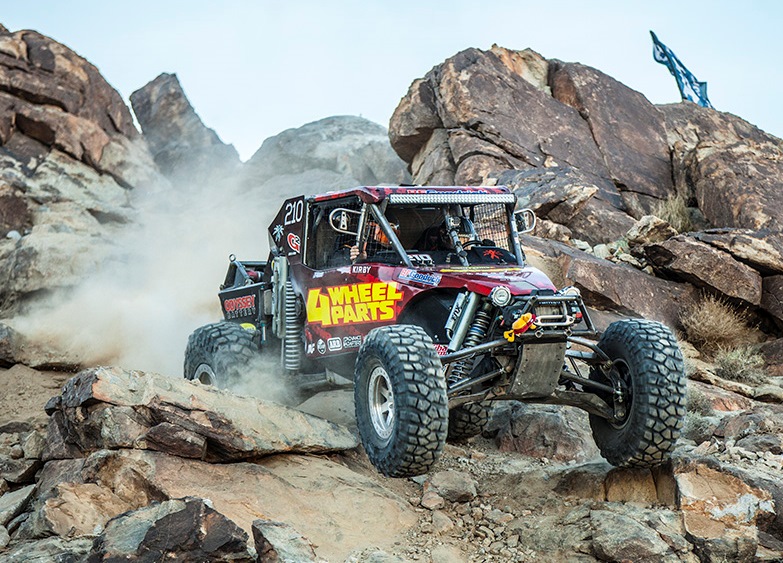 Multiple Transamerican Auto Parts business divisions including off-road retailer 4 Wheel Parts, are returning as official event partners and sponsors for the 10th annual Ultra4 Nitto King of the Hammers in Johnson Valley, California. Transamerican Manufacturing Group (TMG) will sponsor numerous activities and events, including the Smittybilt Every Man Challenge, under the auspices of its numerous off-road and performance aftermarket companies that include Pro Comp, Rubicon Express, G2 Axle & Gear and Smittybilt. The weeklong “Ultimate Desert Race” featuring multiple classes from motorcycles to the high horse powered Unlimited Class 4400 Ultra4 cars runs from January 30 – February 6, and includes 4 Wheel Parts’ sponsorship of the Ultra4 qualifying sessions for the 4400 main race and the Smittybilt Every Man Challenge on February 4.

Team 4 Wheel Parts racers Greg Adler, Brent Goegebuer and Kevin Adler are all slated to compete, with Greg Adler and Goegebuer in Friday’s 4400 marquee event and Kevin Adler running in the Every Man Challenge. As an official partner, 4 Wheel Parts will have a significant retail presence with their Showroom on Wheels providing parts and services for teams in addition to the tens of thousands of off-road enthusiasts expected to descend upon the region dubbed “Hammertown.” Parts and accessories such as tires, tow straps and winches will be available on-site along with expert advice from seasoned off-roaders.