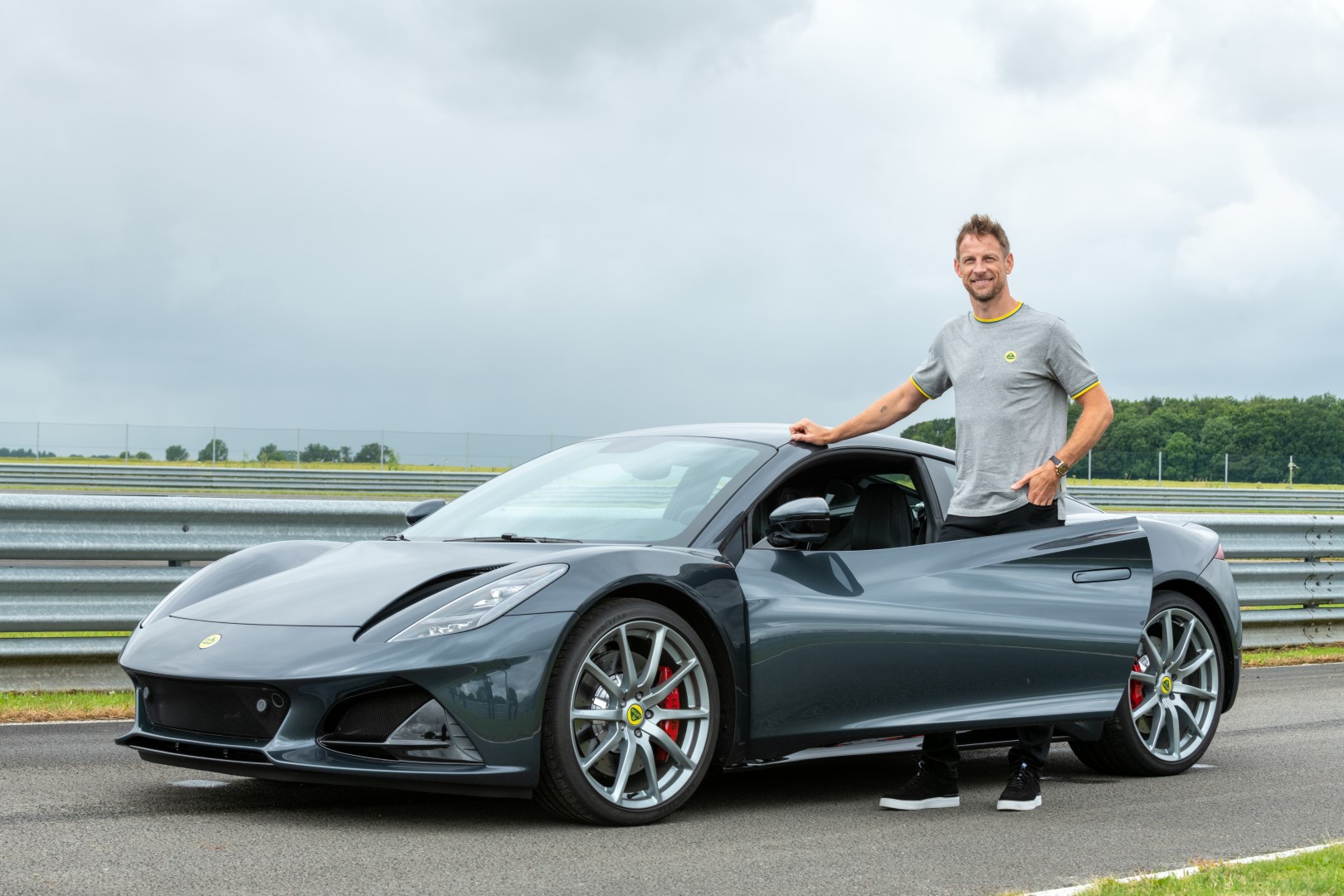 “It’s exceptional and I’m a big fan” – These were exact words of former F1 world champion Jenson Button after driving the all-new Lotus Emira for more than 30 laps of the Hethel test track during the launch celebrations of the brand new sports car.

Finding the right position when behind the wheel for the first time is key for every driver, not just the professionals, and Jenson said once he’d done that the Emira “just felt right”.

“I’m still in shock at the price. Starting at under £60,000 it’s fantastic and means so many people are going to have the opportunity to experience it first-hand.”

“It’s being called a junior supercar but it would give a lot of supercars a run for their money, and it’s more comfortable than most of them,” he said.

Building on the legacy of the Elise, Exige and Evora, the Emira has been developed on a new lightweight bonded aluminium chassis technology pioneered by Lotus and which remains an intrinsic part of the company’s sports car DNA.

The Emira is the first all-new Lotus sports car to be delivered under Vision80, the strategic plan which is guiding the transformation of Lotus as it moves towards its 80th anniversary in 2028. It is a truly global model, engineered to sell in all major markets around the world.

Two petrol engines are available, a Lotus-engineered 2.0-litre four-cylinder unit from technical partner AMG, and the much-loved and characterful 3.5-litre V6 from the Exige and Evora. Each is calibrated by Lotus to provide a unique and distinctive character for maximum driver engagement.

Across the Emira range, power output will between 360 and 400bhp at launch, with 0-100km/h acceleration time standing at 4.5 seconds with top speeds of up to 290km/h.

The Emira is also the first Lotus sports car to carry the new design language first showcased on the award-winning Evija hypercar.