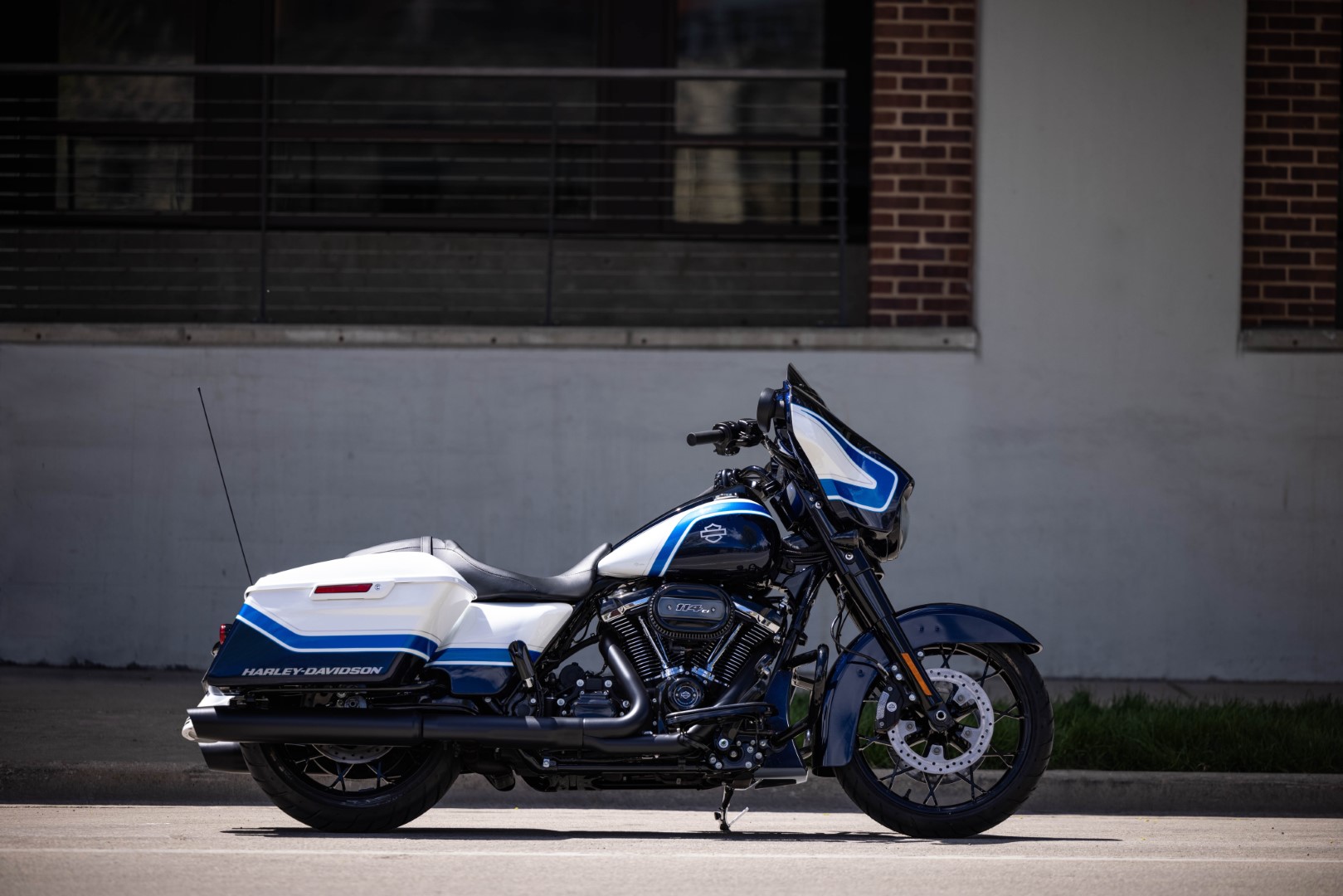 The motorcycle was revealed yesterday at the 81st Sturgis Motorcycle Rally.

The company said that availability will be limited to only 500 examples worldwide, each serialized on the fuel tank. Whether we will be getting any in Malaysia remains a mystery.

The Arctic Blast Limited Edition paint will be offered in a single colorway – metallic deep blue with bright blue strokes over a pearlescent white base.

It is also worth mentioning here that the Arctic Blast Limited Edition paint is hand-applied by the artisans at Gunslinger Custom Paint in Golden, Colorado.

The Gunslinger roster of well-known painters, designers, artists and manufacturing team leaders has decades of experience as a supplier of custom-painted components for Harley-Davidson Custom Vehicle Operations motorcycles and Limited Edition paint sets.

As for the bike itself, the Street Glide Special model is a Harley-Davidson hot-rod bagger that combines long-haul touring comfort and custom style with the authoritative performance of the Milwaukee-Eight 114 V-Twin engine.

The Boom Box GTS infotainment system with color touch screen, advanced navigation plus compatibility with Android Auto and Apple CarPlay, hand and voice commands (when paired with compatible headset), and two-speaker audio is part of the standard equipment list.

“With the Arctic Blast Limited Edition paint offering for the Street Glide Special, at Harley-Davidson we continue to build on our reputation and lead by example, as the best in exclusive custom motorcycles and design,” said Jochen Zeitz, Chairman, President and CEO Harley-Davidson.

“The Arctic Blast paint is executed in strokes of high-contrast color intended to communicate the appearance of motion,” said Brad Richards, Harley-Davidson Vice President of Styling and Design.

“The design looks bold from a distance but offers interesting details that can only be seen up close, including a blue pearl effect over the white base, and a ghosted hexagon pattern on the fairing.”