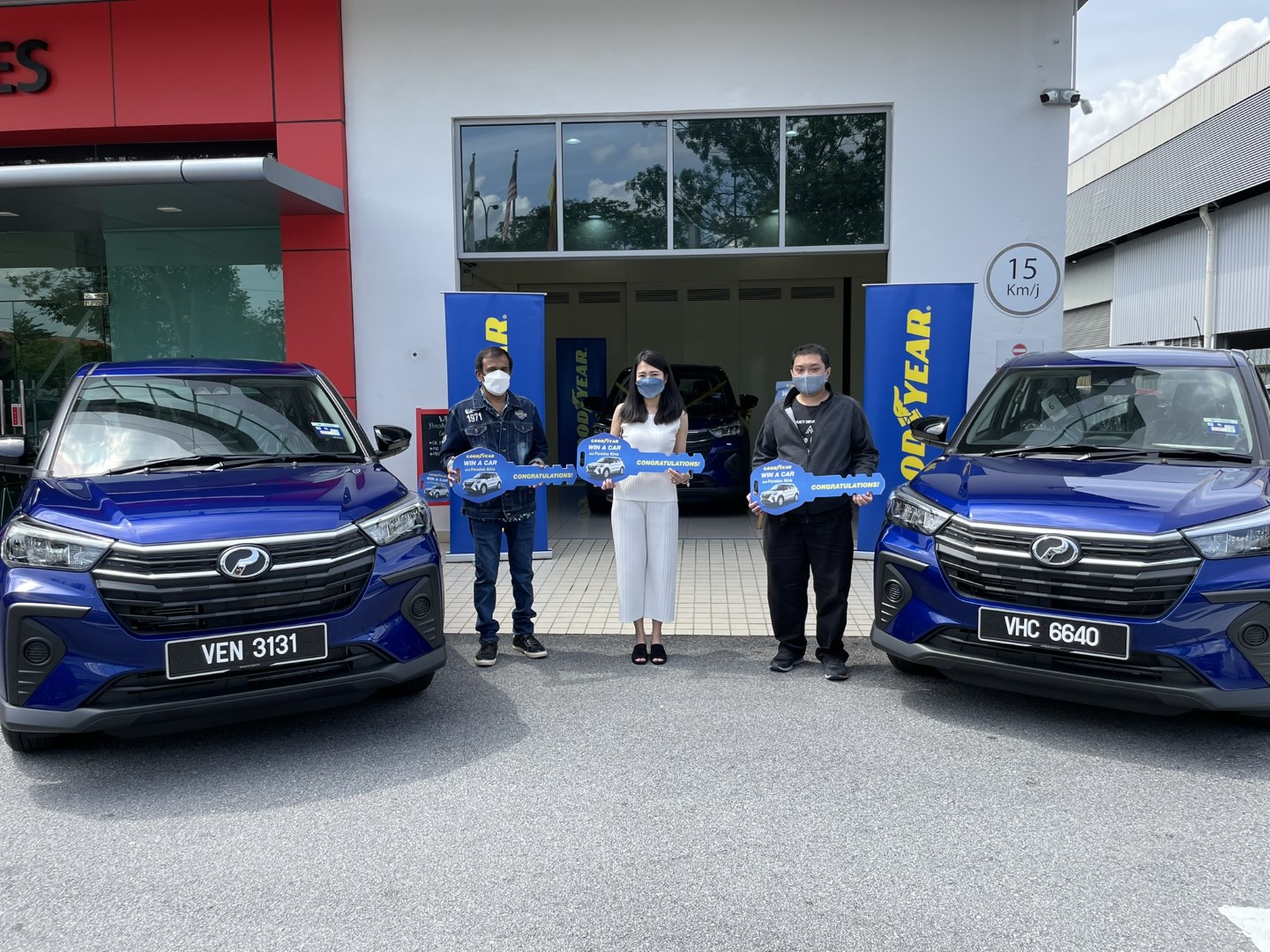 2022 started off with a bang for three lucky individuals who participated in Goodyear Malaysia’s ‘Win-a-Car’ campaign which was concluded recently, who actually won themselves a brand new Perodua Ativa each.

The campaign, which took place from the 15th of April to the 18th of September 2021, was recently culminated with a selection of the three grand prize winners mentioned above driving home in a brand new Perodua Ativa.

Alex Ng, Managing Director of Goodyear said, “We understand that most of us have had a difficult year, however the truth is that tyres wear out even when it is not used.

As such, the underlying purpose of this campaign was to get people thinking about car safety and good car maintenance habits. Tyres are the only thing that keeps a car on the road, therefore it is important to spur good tyre maintenance habits to ensure safety at all times.”

To participate, customers needed to meet a set of criteria in which the customer must legally own and drive a car, and have registered online via Goodyear Malaysia’s Worry Free Assurance web page after purchasing at least two pieces of tyres from any Goodyear AutoCare centre or authorised retailer.

By the end of the campaign period, the contest garnered more than 10,000 entries in which three winners – Jernatherao, Ivy Know, and Muhammad Aiman – were selected by Goodyear as the grand prize winners of the brand new Perodua Ativa.

Goodyear Malaysia launched its ‘Win-a-Car’ campaign last year to promote safety among its customers, in conjunction with the lifting of the Movement Control Order (MCO) and Inter-state travel ban.