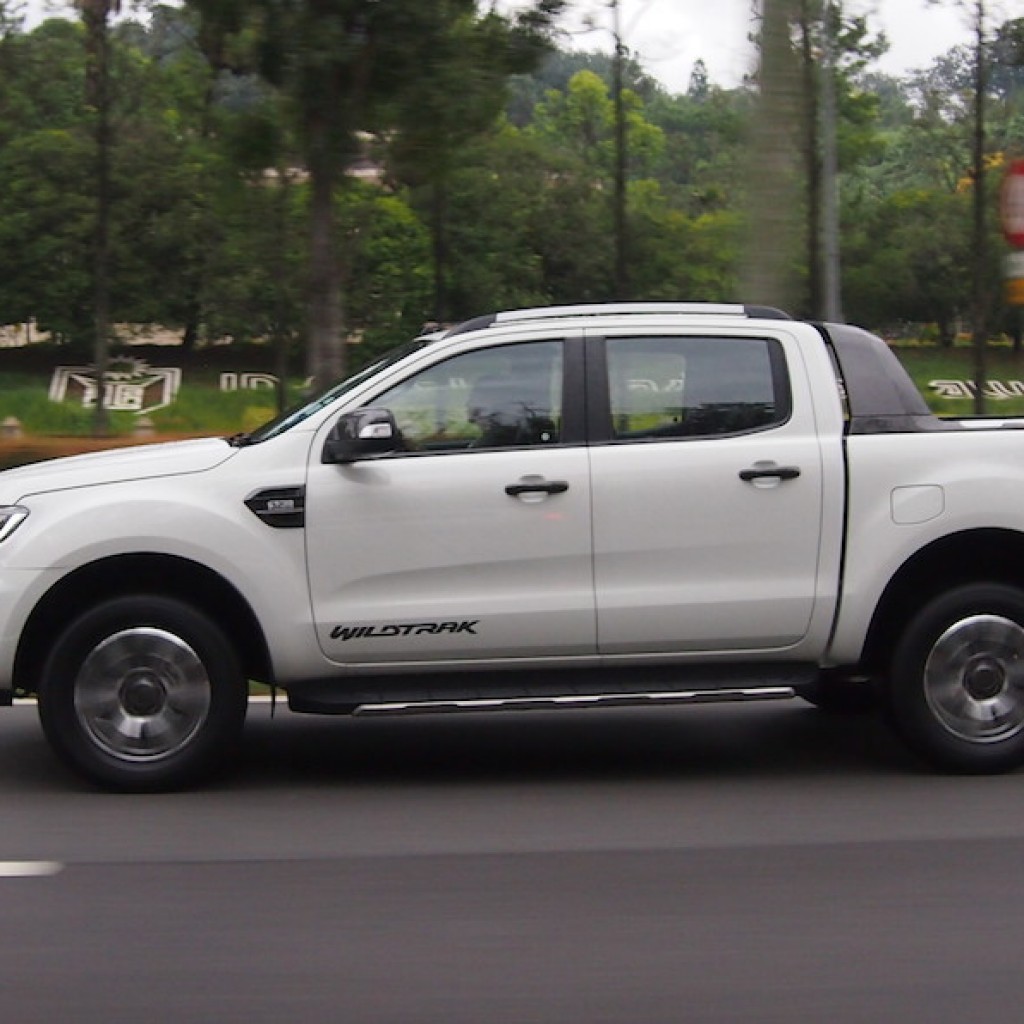 Clearly today, the pickup truck is no longer a utilitarian workhorse. It has evolved into a family/lifestyle vehicle first and only as a workhorse, second. This is even more true now with the all new Ford Ranger Wildtrak.

Pickup truck manufacturers are offering ever more sophisticated products as they are keen to cash in on a new breed of customers who recognise the pick-up truck as a truly practical alternative to an SUV or even a family car. The Ford Ranger has consistently been the benchmark in the pick-up segment. The only thing bigger than its carrying capacity has been its sales which have kept Sime Darby Auto Connexion very happy. 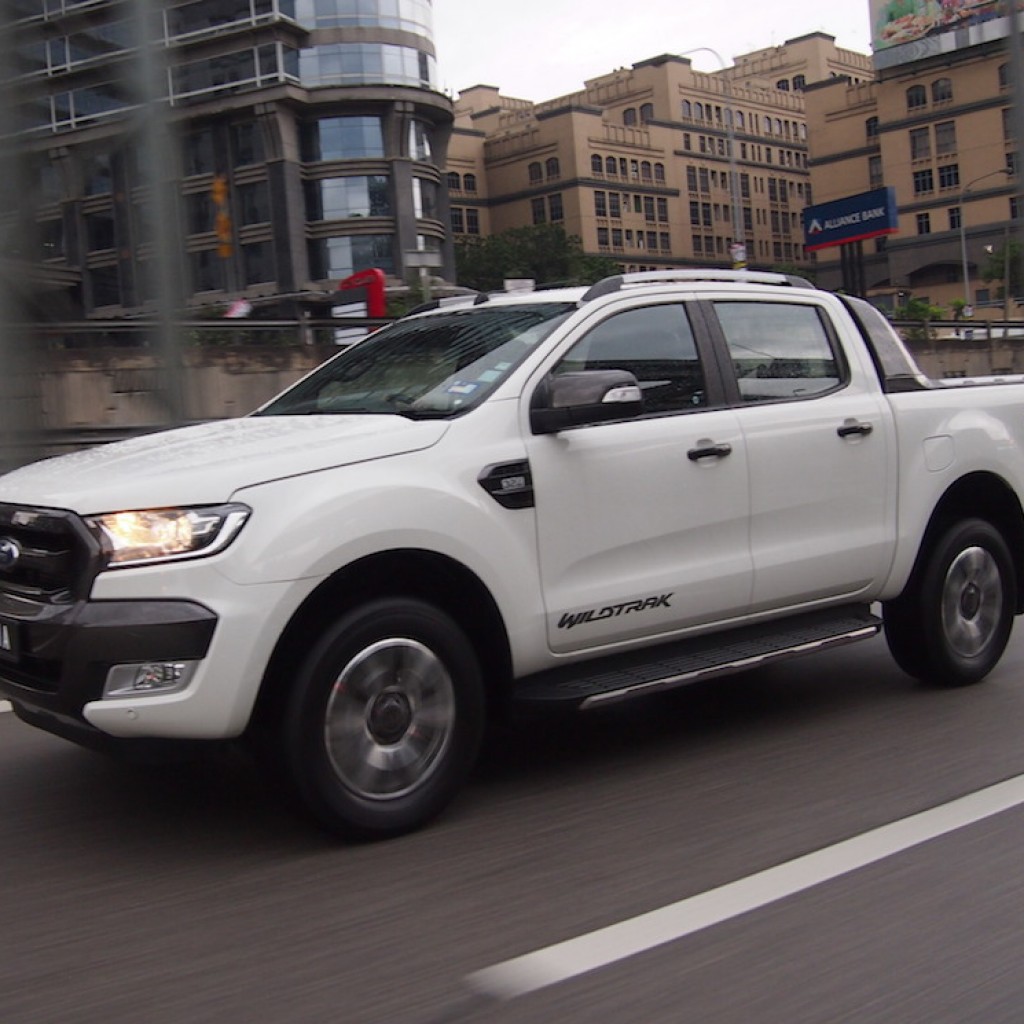 For 2015, the styling is not exactly revolutionary when compared to the earlier version but then this Ranger predecessor is easily among the sharpest looking pick-ups in the class and the Wildtrak version we are test driving here is even more rugged and handsome now with the missing chrome exterior. 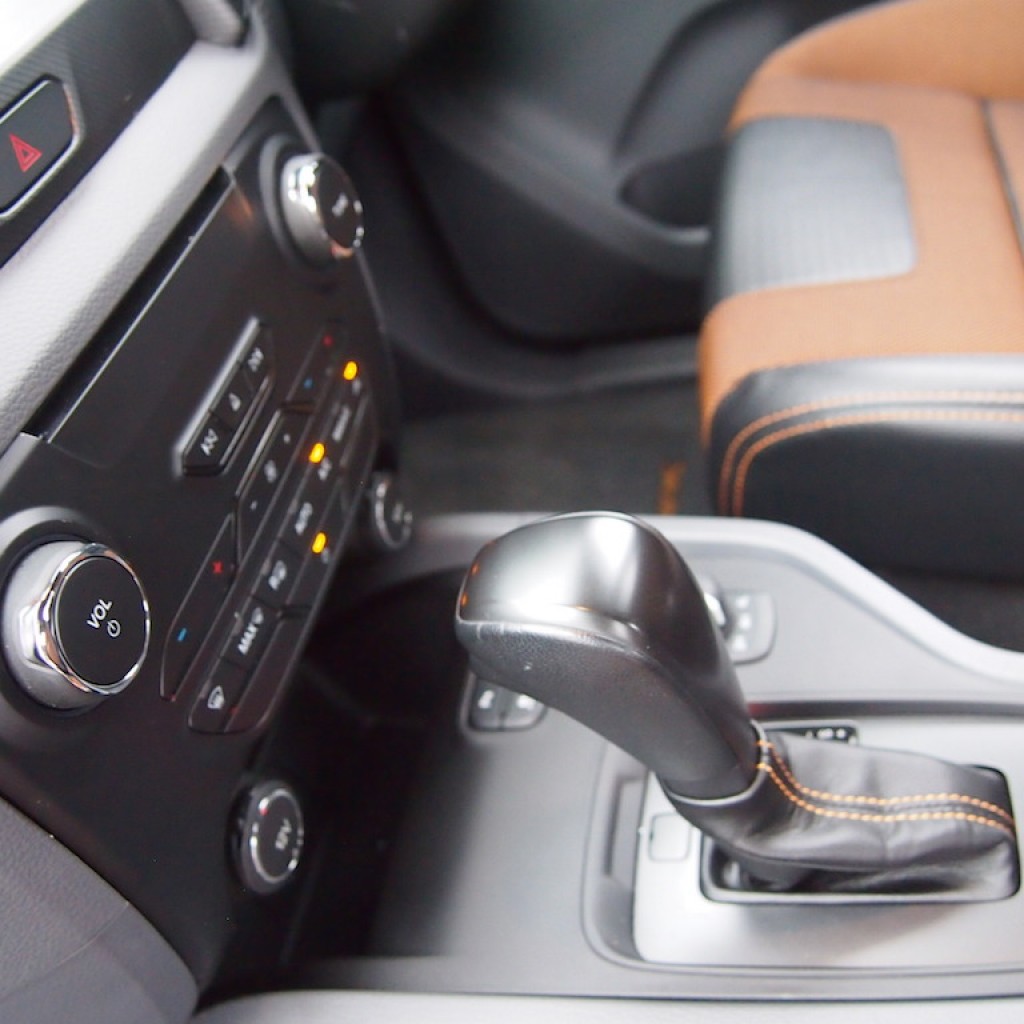 When compared to a conventional sedan, a pickup truck is never going to drive with quite the manners you would expect from a sedan, however this Wildtrak gets pretty close to a SUV ( like the Ford Everest). After just an hour with the Wildtrak on the road you realise its power delivery is pretty impressive given its ‘American’ size. Look at the 470Nm of torque it delivers which is among the best in the class it competes in. 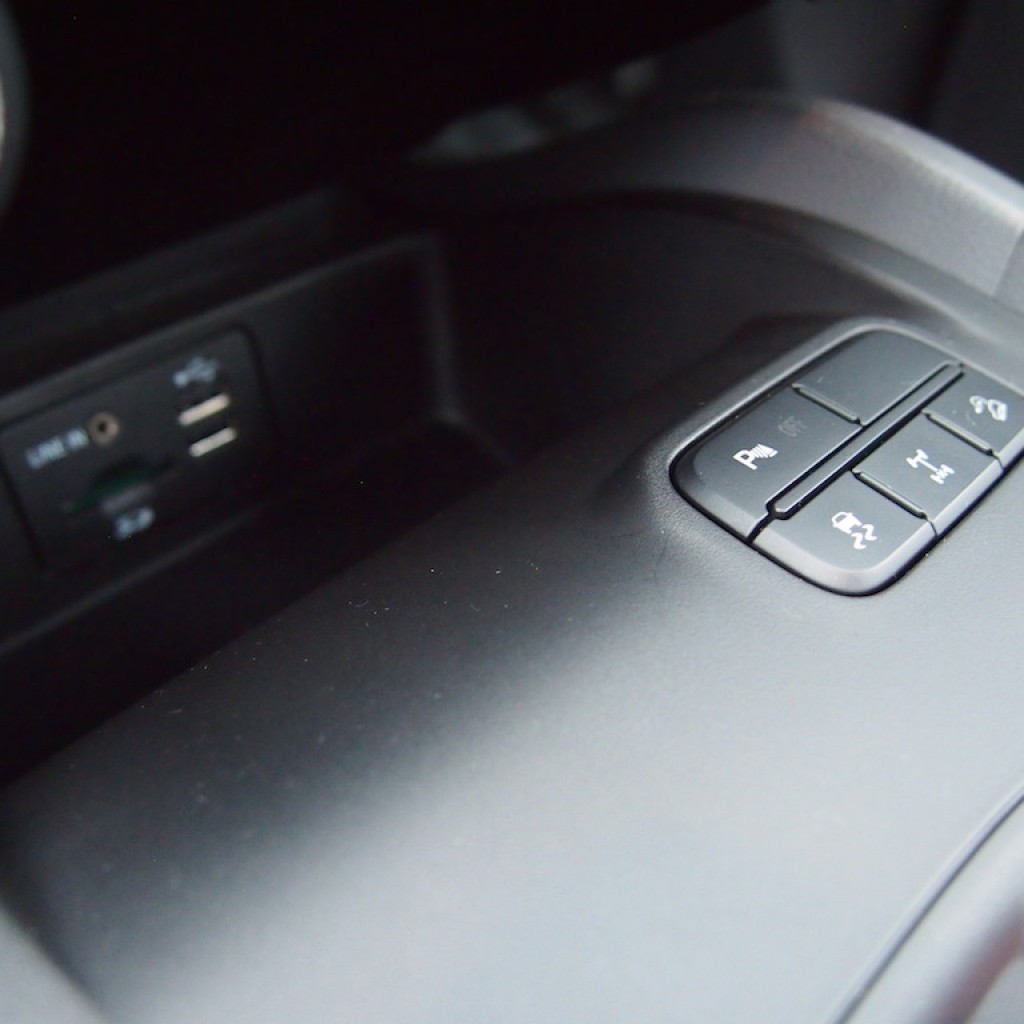 This Wildtrak when unloaded, can be a bit busy, which is an inevitable trade-off to allow its carrying capacity. Fill up the light rear bed with weight and the ride gets better and the Wildtrak feels more planted and settled. 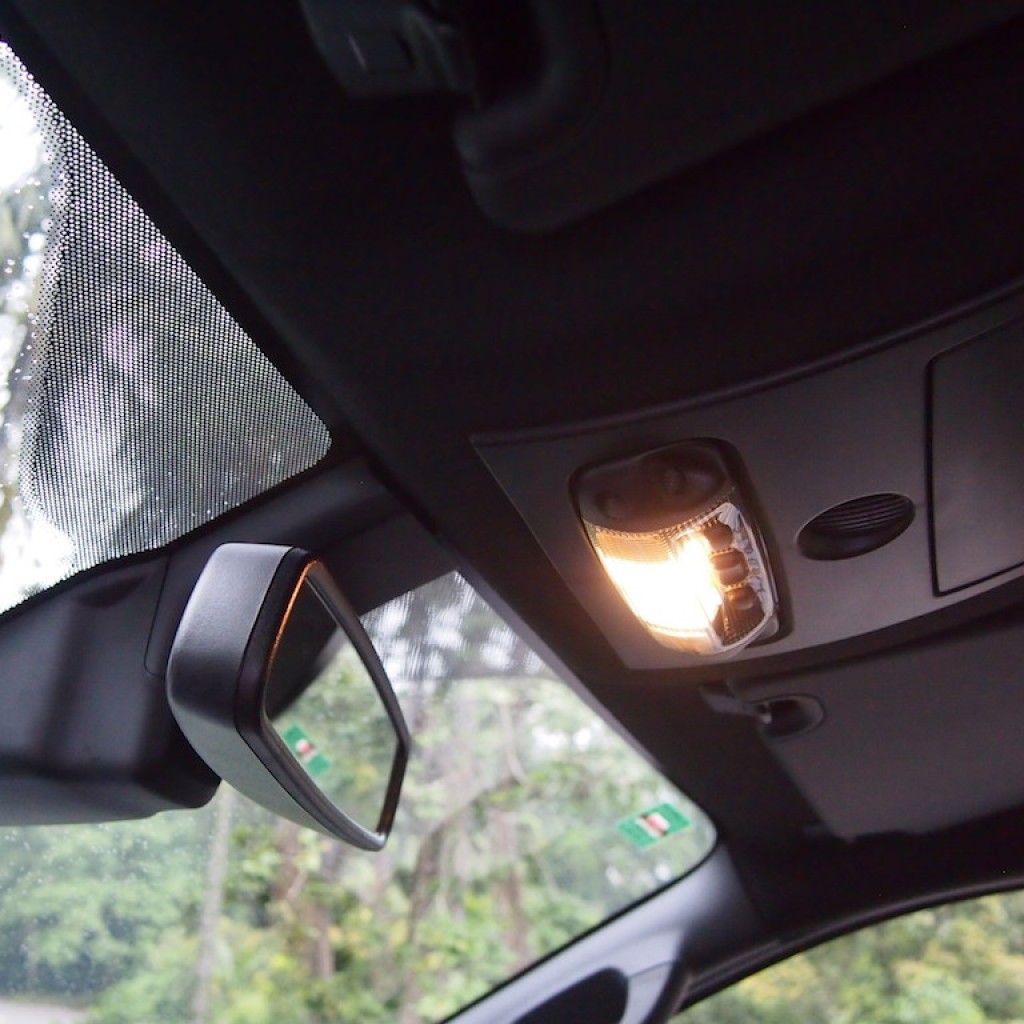 At speeds, the Wildtrak is more resistant to lean in the bends and steers with more precision. The back wheels can spin up under the engine’s impressive torque, but the traction and stability systems keep everything in check just like in a sedan.

The 3.2L diesel delivers refinement too, where this turbodiesel engine is significantly less noisy than its predecessor from inside the cabin. There is plenty of low-rev urgency and the gearing is well-judged. The 6-speed automatic changes from 1st to 6th smoothly and with no hesitation as we build up speed on the open highway. 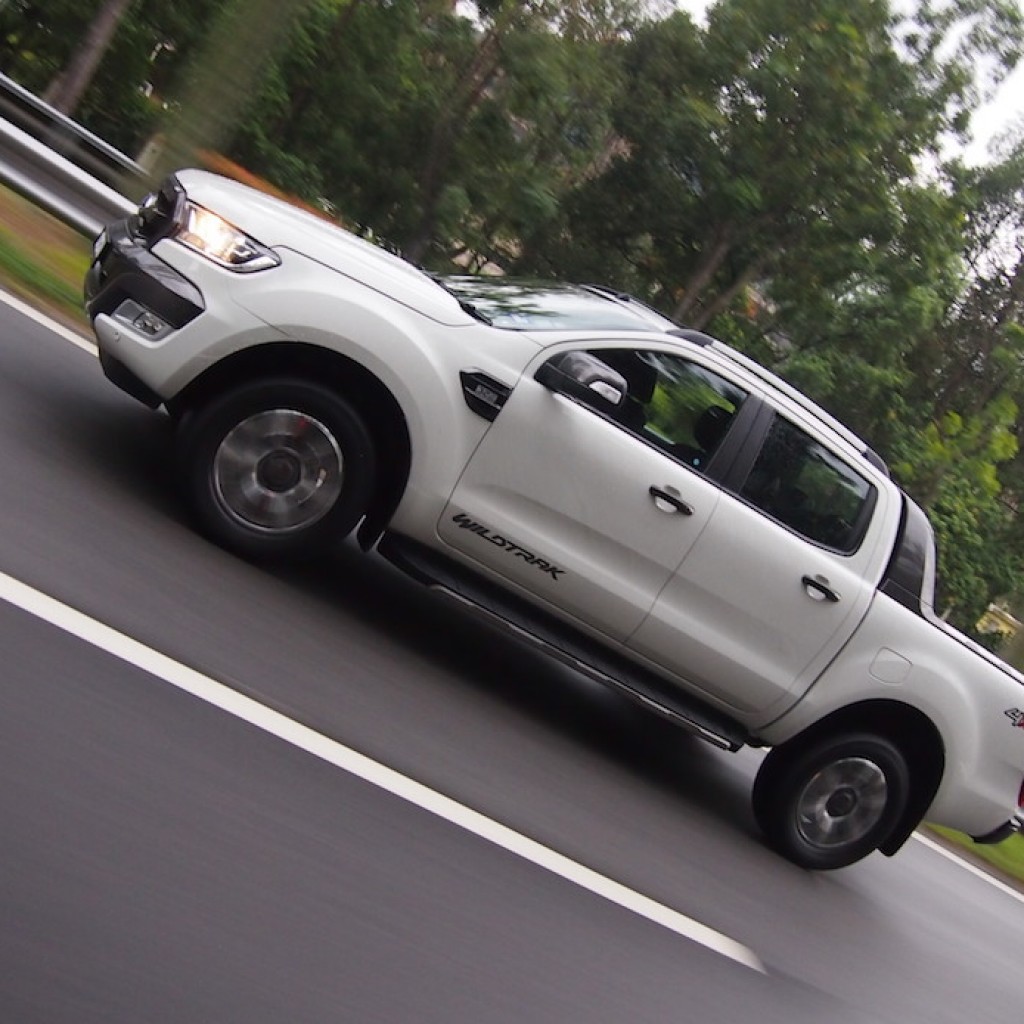 If you need to go off-road the Wildtrak transforms with simplicity, as the various drive modes are selected by a rotary dial on the dashboard. 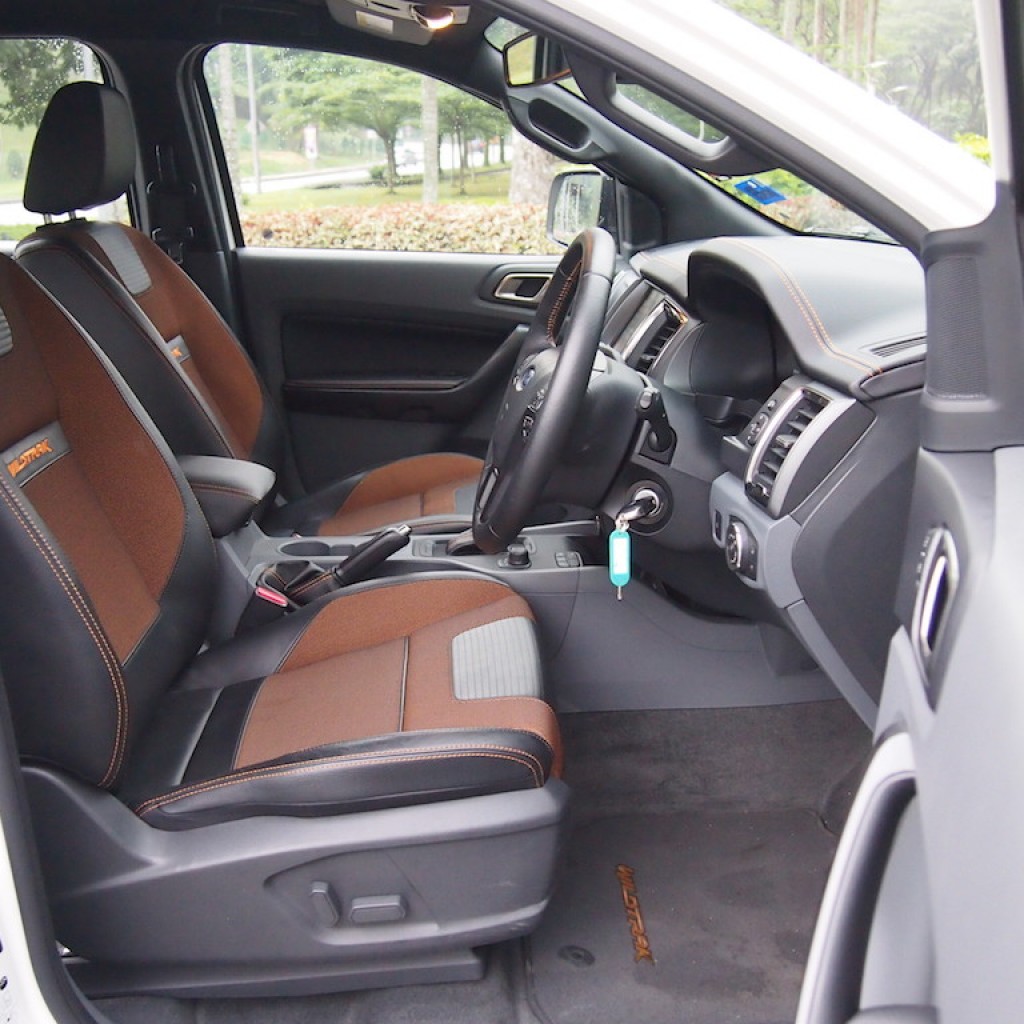 The 3.2L engine not only delivers with good pace and plenty flexibility but also delivers both while sipping less fuel and emitting less CO2 than rivals. This might not presently be significant, but in the near future, buyers will appreciate this fact.
Wildtrak Verdict
Ford’s new Wildtrak is designed to be a rugged workhorse with enormous capability to clamber, crawl and carry it weight in value. However, most buyers will be more interested in knowing its sedan like cabin, sedan like comfort, sedan like safety features and most important, its sedan like drive dynamics in city commuting. 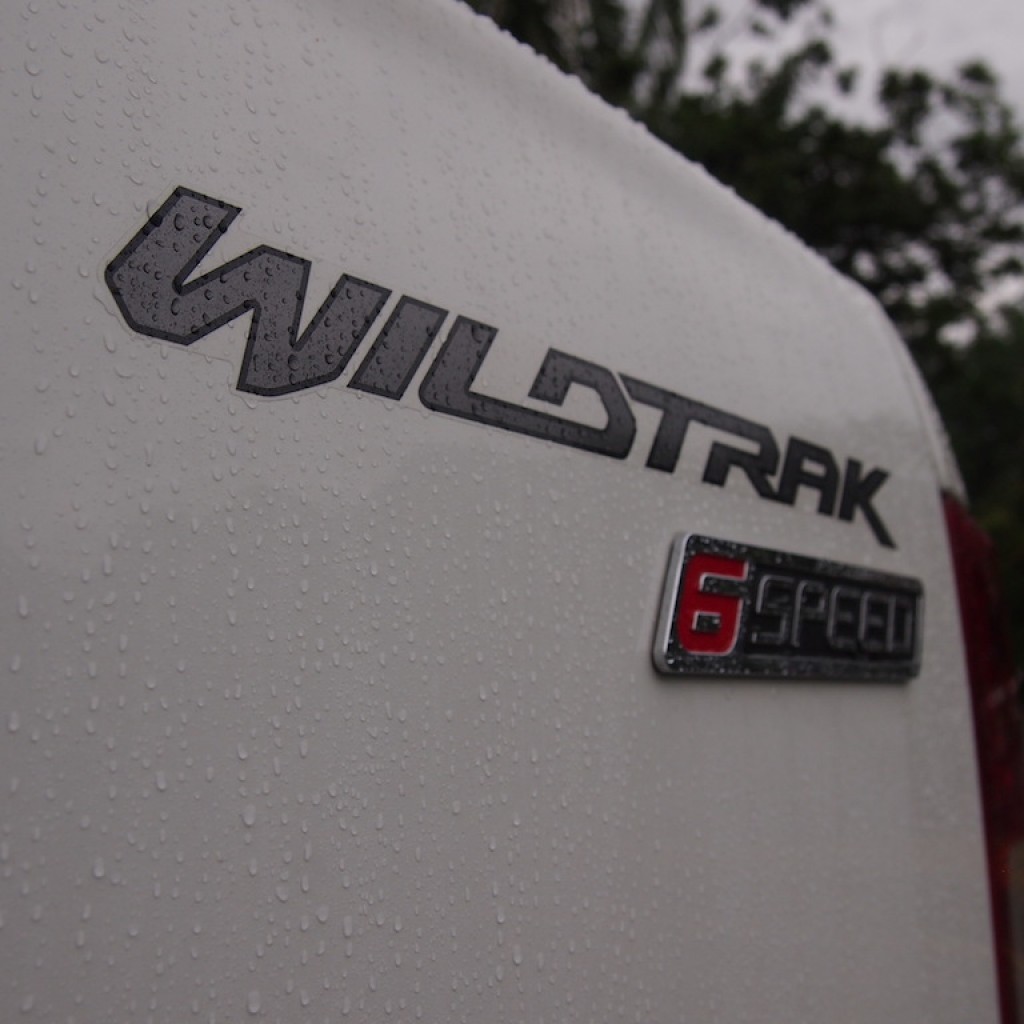 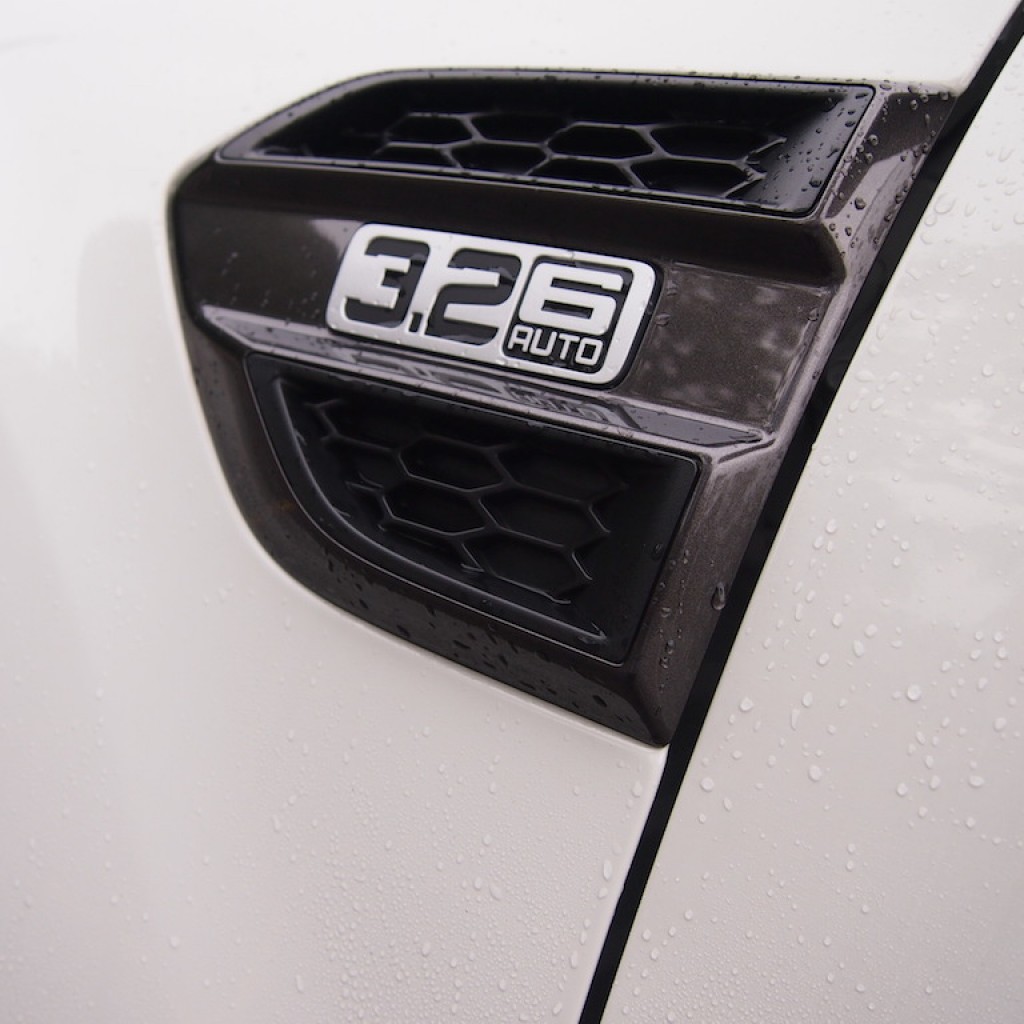