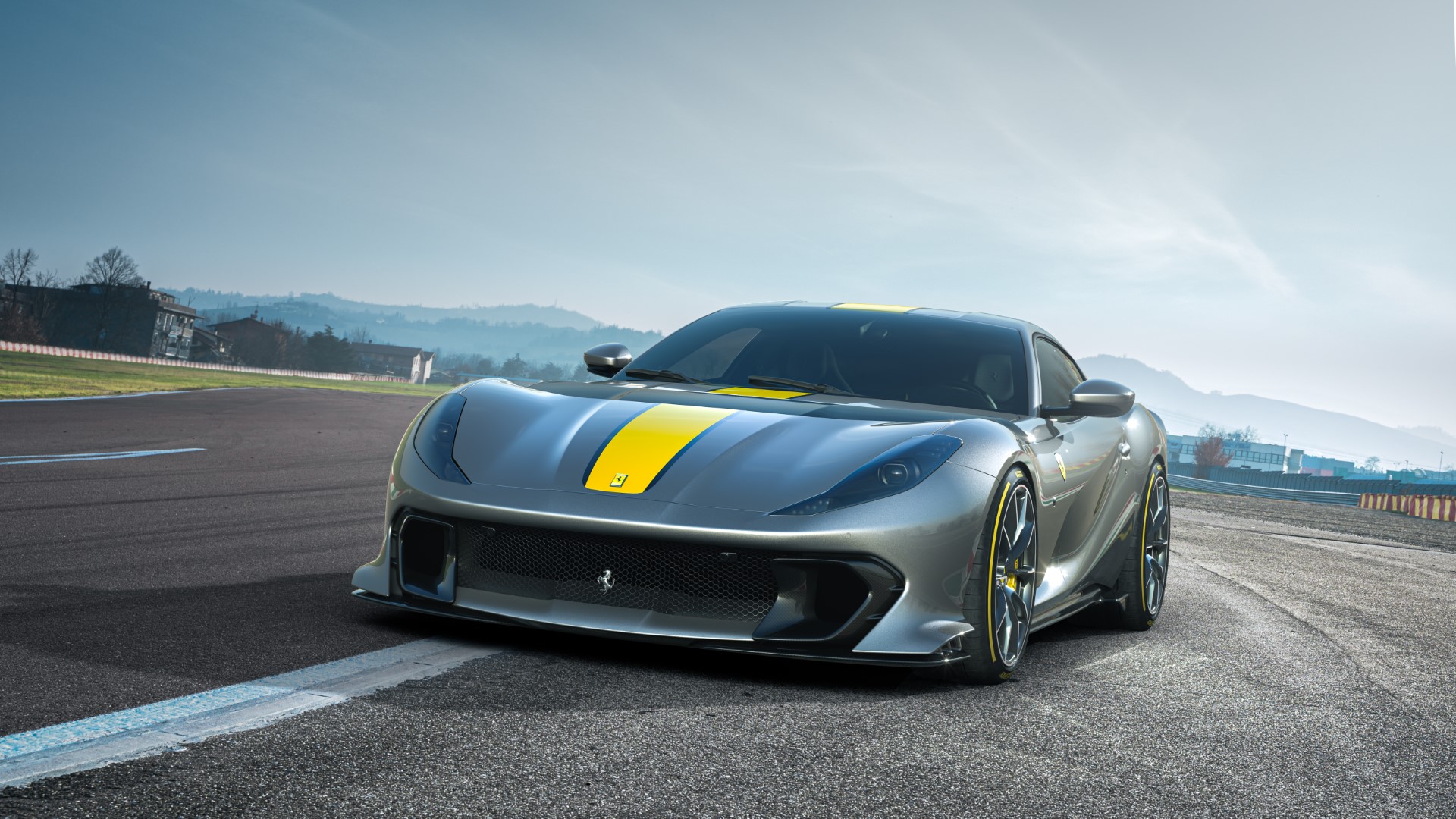 The 812 Competizione, the new limited-edition special series car derived from the 812 Superfast, was recently presented to media, clients and fans all over the world.

In the course of the event, which was broadcast live on Ferrari’s social media channels, the wraps were also whipped off the 812 Competizione A, a spectacular Targa-top version, again a limited-series and an homage to the Prancing Horse’s glorious open-top tradition.

This duo of cars is dedicated to a very exclusive group of collectors and enthusiasts of the most noble of Ferrari traditions, which focuses on uncompromising maximum performance.

The 812 Competizione and 812 Competizione A sport the most exhilarating V12 on the automotive scene and is derived from the multi-award-winning engine powering the 812 Superfast. The result is a naturally-aspirated 830 hp engine that pairs impressive power with electrifying delivery and the inimitable soundtrack that Ferrari V12 purists know well.

To boost the output of the engine, which has the same 6.5-litre displacement as the 812 Superfast’s V12, several areas have been significantly reengineered, resulting in maximum revs that now stand at 9,500 rpm.

Both the 812 Competizione and 812 Competizione A are equipped with a seven-speed dual-clutch gearbox, pushing the performance of the latter to new extremes and delivering a new gearshift feeling for the V12.

Calibration of the control strategies has reduced shift times by a further 5 percent. Although it retains the same gear ratios as the 812 Superfast, the new car’s changes are even more sporty, thanks to the extra 500 rpm in maximum revs allowed by the new V12.

The increase in both the 812 Competizione’s engine output and maximum revs has resulted in a consequent increase in the heat to be dissipated. To meet these new demands, the efficiency of the cooling flow management has been improved without increasing the dimensions and weight of the radiating masses.

While on the 812 Superfast, the engine air intakes are set either side of the large central grille, the 812 Competizione adopts an integrated solution with a single air duct.

The 812 Competizione debuts many innovative components and contents, which have ensured it delivers on its vehicle dynamics performance targets. Specifically, these include the first use of independent four-wheel steering, the evolution of the Side Slip Control (SSC) system to version 7.0, and the development of the dedicated new Michelin Cup2R tyres.

One of the 812 Competizione’s many striking exterior features is its bonnet, which has a transverse groove in which the carbon-fibre blade sits. This proved an original way of disguising the air vents for the engine bay, whilst also increasing their surface area.

In terms of its interior architecture, the 812 Competizione has remained faithful to the 812 Superfast, retaining the same general parameters and main dash and door panel interfaces, including the latter’s signature “diapason” motif.

The door panel itself has been lightened overall both formally and in terms of actual weight to underscore the sportiness of the cockpit. The door panel pocket juts out from the main structure almost as if it were a floating element.

This creates a sense of lightness and formal and textural continuity with the rest of the cabin. Only a small appendage that connects to the door handle remains as an armrest, but creates a dynamic muscle on the panel.

Right in the central area of the cockpit is a link between Ferrari’s past and future, the iconic gear-gate theme here given a modern twist. This is the first time it has appeared on a V12 car and is very much mirrors the spirit of the 812 Competizione and the marque’s tradition.

This scheduled maintenance programme is an exclusive service that allows clients the certainty that their car is being kept at peak performance and safety over the years. This very special service is also available to owners of pre-owned Ferraris.

Regular maintenance (at intervals of either 20,000 km or once a year with no mileage restrictions), original spares and meticulous checks by staff trained directly at the Ferrari Training Centre in Maranello using the most modern diagnostic tools are just some of the advantages of the Genuine Maintenance Programme. The service is available on all markets worldwide and from all Dealerships on the Official Dealership Network.