Dongfeng EQ2050, the Chinese version of the Hummer

The Dongfeng EQ2050 is based on civilian AM General Hummer H1. It has a redesigned exterior in order to look different from the HMMWV. It is known as Mengshi in China. It is in service with Chinese army. Production number of these vehicles are increasing. It is widely used by Chinese military. It is also used by paramilitary forces. A civil version of this high mobility vehicle is also available. 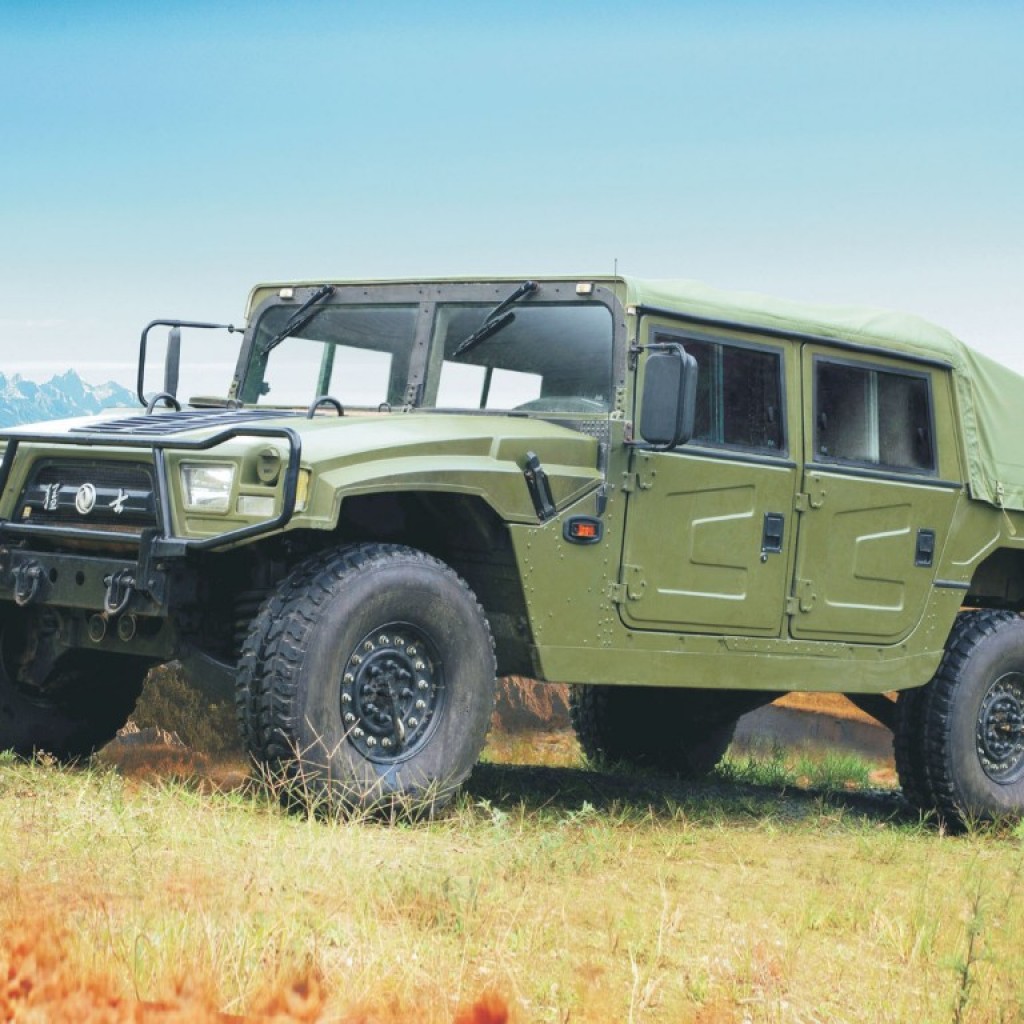 Numerous version of this tactical vehicle exist. Some of them have a fully-enclosed body. Other are open-topped versions, with collapsible split windscreen and canvas cover. Some models have a raised roofline. There is a 2-door cargo version. The Dongfeng EQ2058 is an armored version. Number of troops carried varies from version to version. This high mobility vehicle is used for personnel and light cargo transport. It can also tow trailers or light artillery pieces.

The EQ2050 can be armed with all kind of weapons. Some vehicles have a weapon mount on the roof. It can be fitted with 12.7-mm machine gun or other weapons, such as anti-tank or air defense missiles.

The EQ2050 is powered by a license-produced Cummins EQB150-20 turbocharged diesel, developing 150 hp. It is mated to a 5-speed gearbox. Vehicle is fitted with a central tyre inflation system. Some vehicles are equipped with self-recovery winches. The Dongfeng EQ2050 has good cross-country mobility due to all-wheel drive, high ground clearance and high power-to-weight ratio.

Back Toughest race on Earth, Dakar Rally
Next Will Scania put a bonnet on the R-Cab?