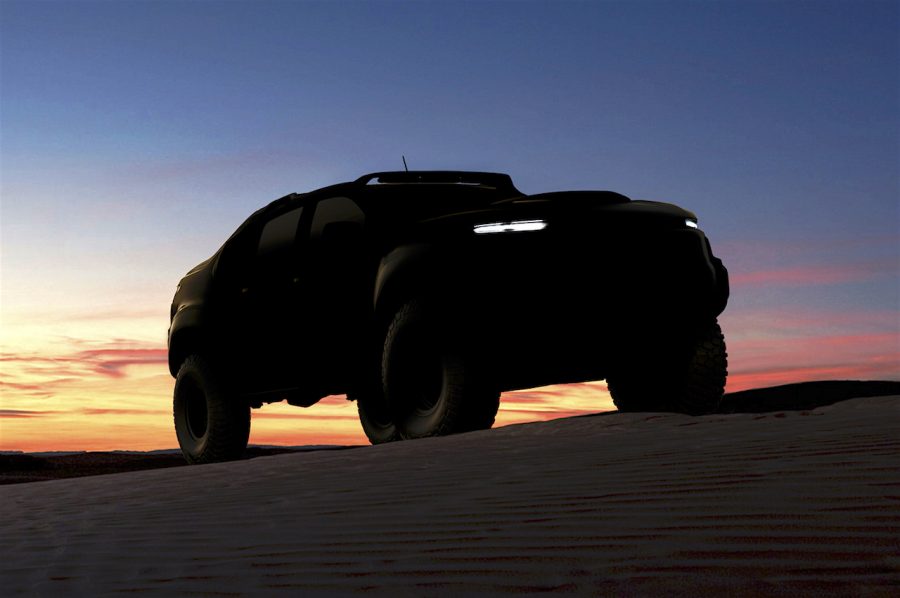 General Motors and the U.S. Army Tank Automotive Research, Development and Engineering Center (TARDEC) made an announcement today about an upcoming reveal of a military spec fuel cell powered vehicle, which is based on the Chevrolet Colorado and the GMC Canyon. The vehicle will be revealed in October of 2016 at the Association of the United States Army (AUSA) fall meeting in Washington, D.C

There is a big push for electrification in the automotive industry and the world in general. The popular approach for cars includes gasoline-electric hybrids or battery powered electric vehicles. Most of these vehicles requires heavy batteries and charging stations. Car chargers are popping up everywhere, and there are government grants to continue the proliferation of electric chargers.

There is another way to provide electric propulsion and it’s the hydrogen fuel cell system. This idea and technology have been around for many decades. At a high level, the system uses hydrogen gas as fuel and produces two by-products: electricity and water. The electricity is used to power the electric motors, and the water is either expelled or otherwise captured.

This Chevy Colorado-based military truck will be unveiled in October and undergo demonstrations and assessment in 2017. At this time, this is more of a proof of concept project. The military did not say if or when they will use such a vehicle in active duty. However, GM mentioned that the company is working on a commercially viable fuel-cell vehicle in the 2020 time frame.