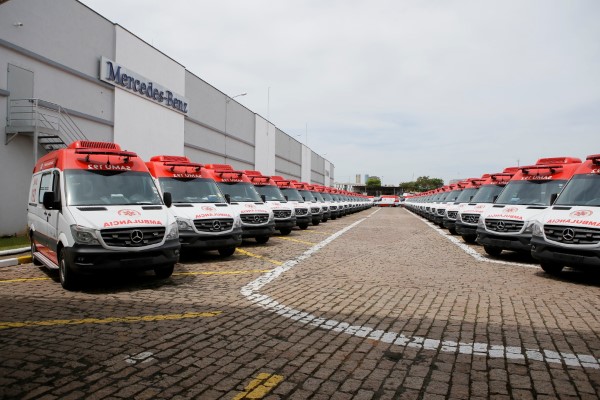 Mercedes-Benz Brazil has just won the tender by the Brazilian ministry of health for a large-scale order.

While the first 225 units were already handed over and will be put to action all over the country immediately, the rest will be delivered batch by batch by end of next year.

According to Mercedes-Benz Brazil, the Sprinter became the choice of the Brazilian  Health Ministry due to its advanced technology, high reliability as well as its low operating costs.

Its spacious interior offers paramedics plenty of room for equipment and professional medical care. The Sprinter’s success in South America also helped Mercedes-Benz Brazil to increase its market share in the highly competitive large-van segment up to 33.9 percent – a growth of 9 percentage points compared to the previous year’s result at this time (YtD 09/2017).

Since 2012 Mercedes-Benz’ market share grew by almost 20 per cent.

Back Win an iPhone 8 When You Test the New Mitsubishi Outlander!
Next SUV deliveries in China up for VW Group