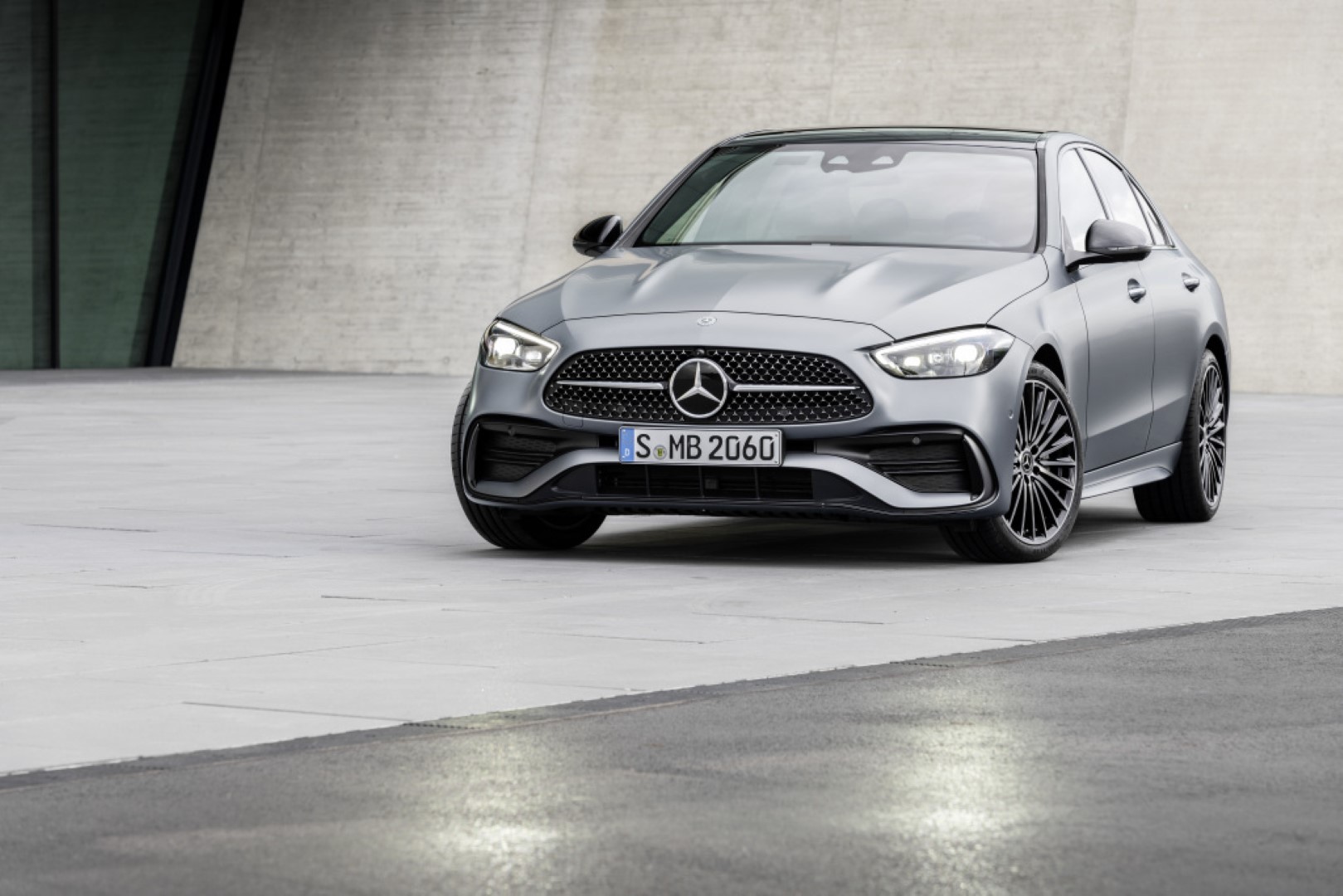 After a series of teasers and countless spyshots and what not, the all-new Mercedes-Benz C-Class has finally been unveiled, and here are all the key details about Mercedes-Benz’s best-selling model in the past decade.

There are five petrol variants for now – the C180, C200, C200 4MATIC powered by a 1.5-litre turbo engine, as well as the C300 and C300 4MATIC which get a 2.0-litre turbocharged engine. All variants are mated to the 9G-Tronic 9-speed automatic gearbox, and come with a mild-hybrid system as standard.

On the exterior, the all-new C-Class looks sleeker than the outgoing model, featuring a short front overhang, as well as a long wheelbase and rear overhang. The windscreen and passenger cell have been moved further to the rear.

The car has grown by 65mm in length, 10mm in width, and 25 mm in terms of wheelbase, and has been lowered by 9 mm versus the outgoing model.

All models now feature a central star, with the design and character of the radiator grille differing in the details. In the Avantgarde line, there are additional decorative elements in the louvres, while the radiator grille and front apron feature chrome surrounds. The distinguishing feature of the AMG Line is the diamond grille with the star design in chrome.

The rear-end design is very similar to the new S-Class’ butt. The lamps for the first time have a two-piece design in the
C-Class, with the light functions divided between the side wall and boot lid lamps.

Last but not least, three new paint finishes – spectral blue, high-tech silver and opalite white – have been added to the colour range.

The interior on the other hand, adopts many highlights from the new S-Class, adding a sporty touch. For instance, the dashboard is divided into an upper and a lower section into a wing-like section with new, flattened round vents reminiscent of aircraft engine nacelles. The dashboard and central display are also slightly tilted towards the driver by six degrees.

Like the dashboard, the screen is also slightly tilted towards the driver. The central display has a screen diagonal of 9.5 inches as standard. A larger version measuring 11.9 inches is optionally available. Another highlight is the floating control cluster, into which the door opener and seat adjustment controls are integrated.

The head restraints are also a completely new design, and are attached to the backrest with a sealed piece of trim under which the adjustment mechanism is located.

The driver display and media display offer a holistic, aesthetic experience. The look of the screens can be individualised with three display styles (Discreet, Sporty, Classic) and three modes (Navigation, Assistance, Service). Like the new S-Class, the new C-Class is equipped with the second generation of MBUX (Mercedes-Benz User Experience).

With the MBUX Smart Home function, the C-Class now becomes a mobile control centre for the home of many people. Because Smart Home refers to WLAN, sensors and actuators make the home increasingly intelligent and communicative: temperature and lights, shutters and electrical appliances can be remotely monitored and controlled. Motion detectors and window contacts inform the user of welcome or unwelcome visitors.

Under the hood, the engine range has only four-cylinder units from the current modular FAME (Family of Modular Engines) Mercedes-Benz engine family.

In addition to turbocharging, both the diesel and the petrol engines now have an integrated starter-generator (ISG) for intelligent assistance at low engine speeds as a mild hybrid of the second generation. The ISG uses a 48 volt on-board electrical system that ensures functions such as gliding, boosting or energy recovery, and makes significant fuel savings possible.

The four-cylinder M 254 petrol engine with a second-generation starter-generator with an additional output of up to 15 kW and 200 Nm more torque is also celebrating its première in the C-Class. Thanks to the ISG, the new C-Class can drive up to 100 km in pure electric mode.

A completely new feature is the segment charger with flow connection, an advancement of the twin-scroll technology for even more instantaneous response of the forced induction system.

The completely newly developed segment turbocharger is a result of cooperation between Mercedes-Benz turbocharger developers and the Mercedes-AMG Petronas Formula 1 team.