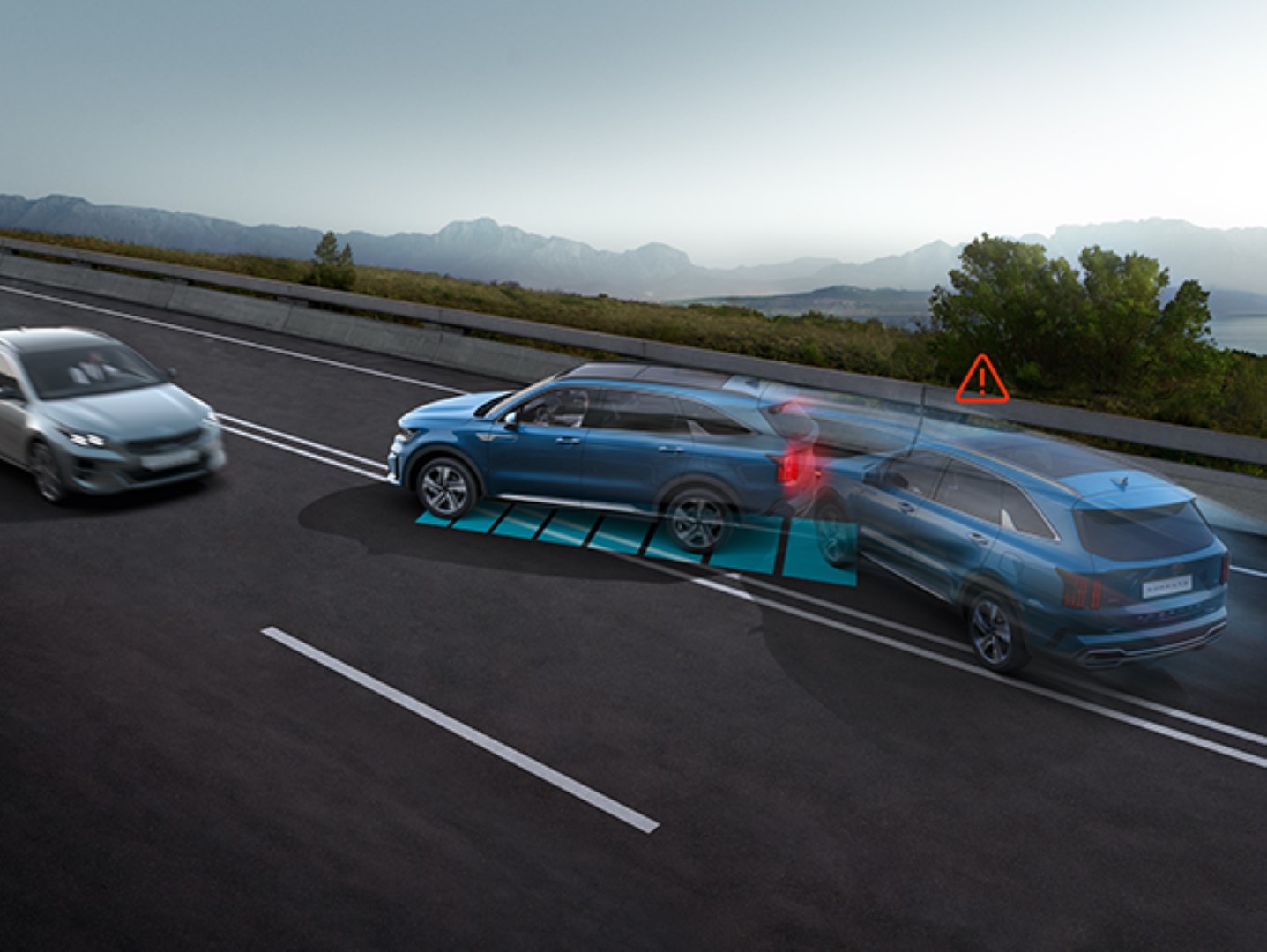 The upcoming all-new Kia Sorento is the first car to be equipped with Kia’s innovative Multi-Collision Brake system, helping to prevent passengers from being involved in secondary collisions after an initial impact.

The system is designed to help prevent or mitigate the severity of a secondary collision, which may occur after initial impact as the vehicle continues to a stop, often out of the driver’s control.

The system is activated by the deployment of the vehicle’s airbags, which indicates a severity of accident that warrants intervention. Once activated, the system measures vehicle speed and any changes of direction, applying the appropriate level of braking force to bring the car to a controlled stop.

The system monitors the position of the pedals to check if the driver is attempting to accelerate or brake. If the MCB system detects little or no driver intervention, the Electronic Stability Control (ESC) mechanism intervenes to apply the appropriate amount of braking for the car’s level of momentum. The system is not active at speeds exceeding 110mph, as brake intervention at high speeds can cause other severe impacts.

The fourth-generation Sorento will be the first Kia sold in Europe to include this innovative new safety technology. The Sorento is already one of the safest cars in its class, fitted with a wide range of collision mitigating technology, including Kia’s latest Forward Collision-avoidance Assist (FCA) technology with pedestrian, cyclist and vehicle detection. MCB extends the Sorento’s safety remit by focussing on the situation immediately after an accident, further improving the car’s extensive safety package.

MCB will be offered as standard on all Sorento models, including the new Plug-in Hybrid model which is due to launch in Europe early in 2021. .