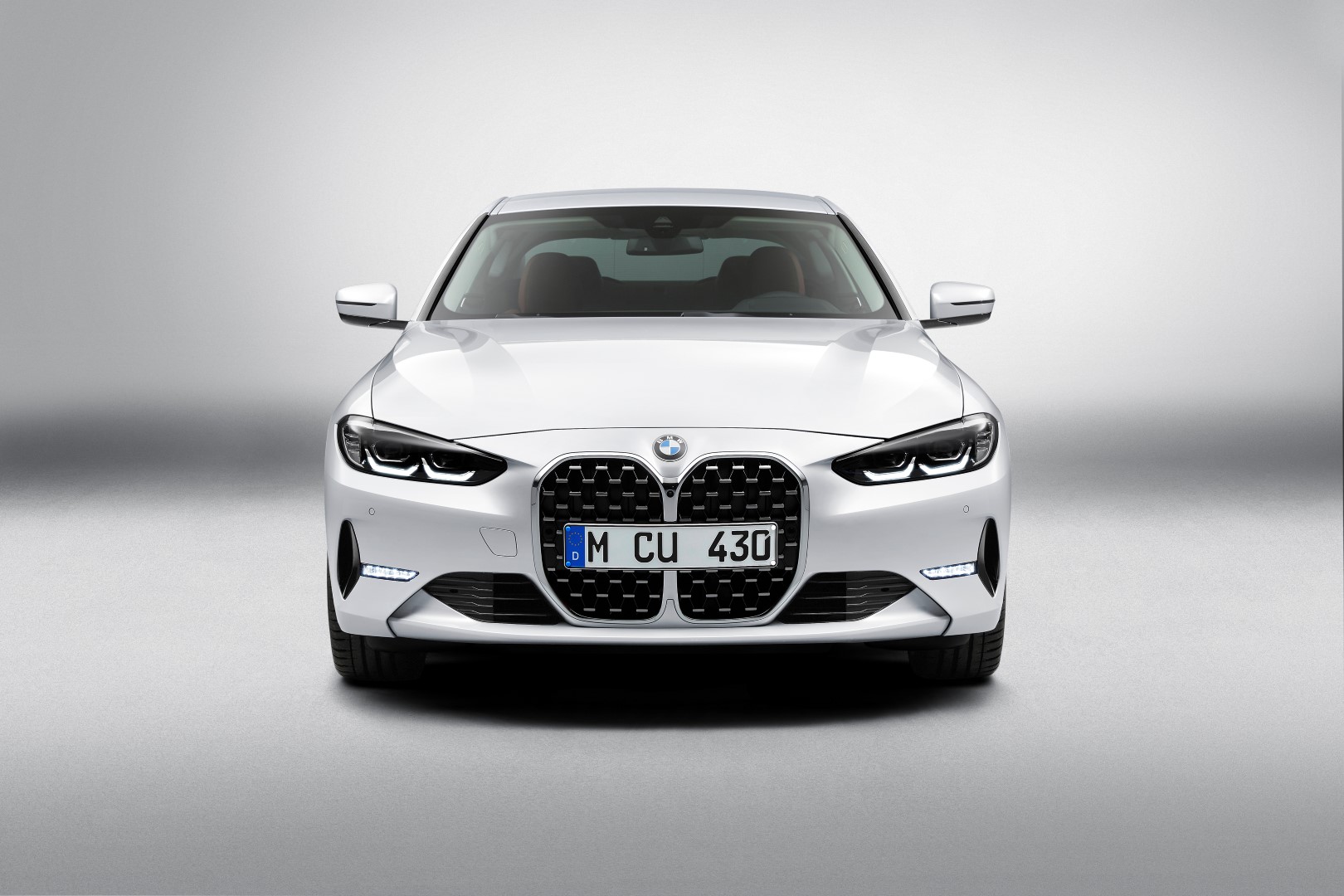 After weeks of teasing, BMW has finally revealed the all-new 4 Series Coupe and in all its glory.

There will be five model variants, with the M440i xDrive Coupe sitting at the top of the range, powered by a 374 hp six-cylinder in-line petrol engine and a 48V starter-generator mild hybrid powertrain.

There will also be two four-cylinder petrol engines, a four-cylinder diesel unit, and two six-cylinder in-line diesel engines which will join the line-up in March 2021. All model variants come with an eight-speed Steptronic automatic transmission.

BMW’s xDrive intelligent all-wheel drive system however, will only be available in four out of the five variants.

The main highlight of the car is certainly, the front end. The large, vertically emphasised BMW kidney grille that angles forwards and extends down almost to the lower edge of the front apron is so striking that it will haunt you in your dreams. And then we have the standard air intakes with a mesh structure of the sort only previously seen on M models.

Full-LED headlights are fitted as standard while Adaptive LED Headlights with BMW Laserlight are available as an option. This equipment item also comes with the cornering light and adaptive cornering functions with variable road illumination.

An M Sport model is available as an alternative to standard specification, comprising features such as extra-large air intakes at the front and a prominently contoured rear apron, M Sport suspension, 18-inch M light alloy wheels, knee pads on the sides of the centre console and other specially designed interior elements.

Exterior accents in Cerium Grey metallic form a further identifying feature of BMW M models, which can also be specified with an M Carbon exterior package.

Inside, sports seats and a newly designed sports leather steering wheel come as standard. While the instrument cluster and Control Display in the new BMW 4 Series Coupé form a large-surface display grouping, the start/stop button for the engine is now positioned in a classy control panel in the centre console.  And then there are the model specific individual rear seats with integral head restraints.

The standard-fitted Live Cockpit Plus comprises the iDrive control/operation system with 8.8-inch Control Display and a Touch Controller, a black panel instrument cluster centred around a 5.1-inch colour display, multimedia and navigation systems, two USB ports for data transfer and a WiFi interface.

There is also a vast array of optional extras can be specified to inject an individual sense of style into the car and enhance driving comfort, such as different upholstery, trim, colour themes, stitching, and what not.

As well as electrically adjustable sports seats and heated seats, climate seats are also now available for the first time.  Three-zone automatic climate control and a Storage package come as standard in the 4 Series Coupé.

The rear backrest in the new BMW 4 Series Coupé has a 40:20:40 split as standard and its individual sections can be released and folded flat by pressing a button in the boot. The boot is able to hold 440 litres of gear.

Where safety is concerned, Front collision warning with brake intervention, Lane Departure Warning including lane return (with steering assistance) and the Speed Limit Info system are all now included as standard.