After BMW and Mercedes, Audi Unveils Its Own “Turtle Car”, SUV Coupe, Whatever
Latest News

After BMW and Mercedes, Audi Unveils Its Own “Turtle Car”, SUV Coupe, Whatever 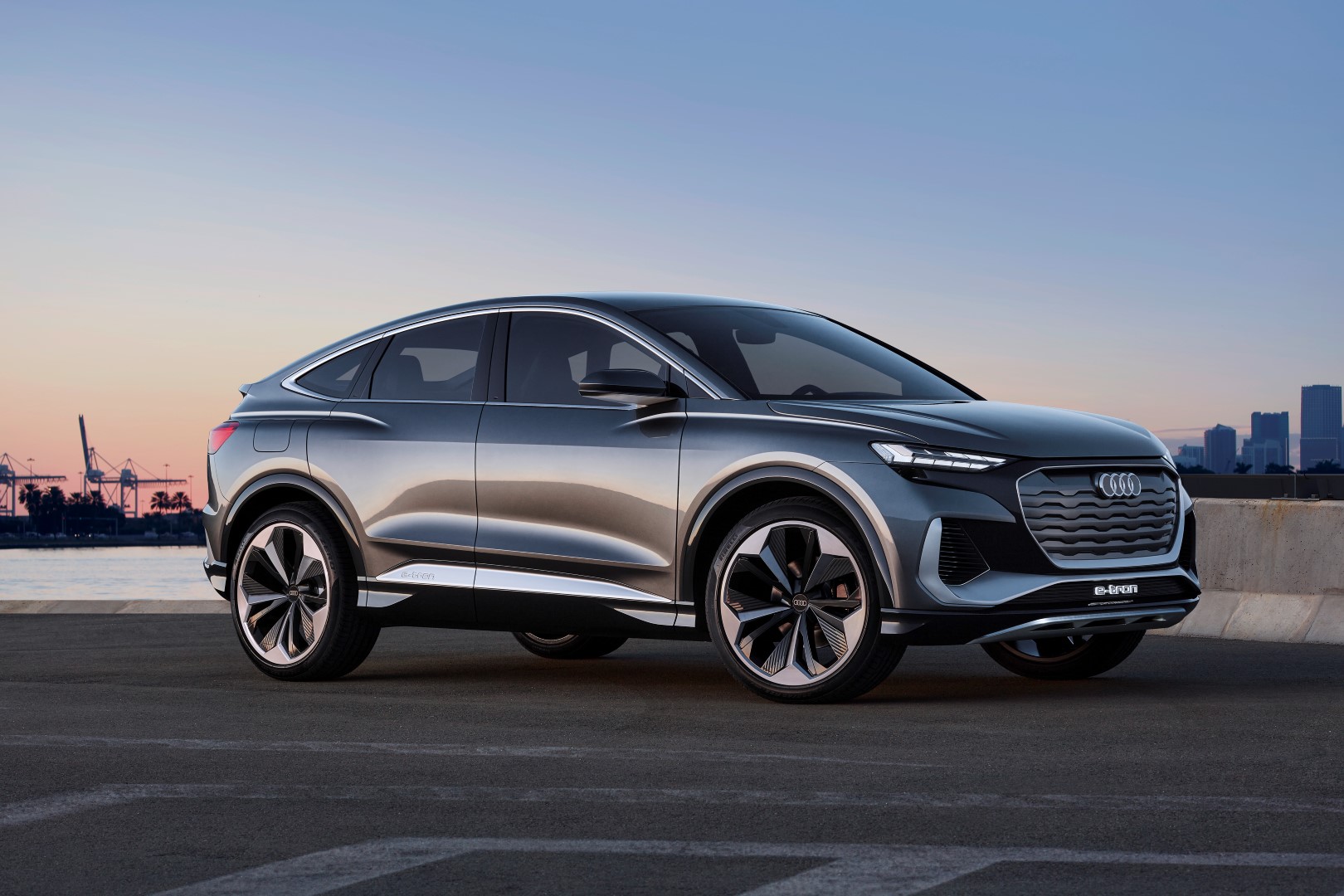 Sportback, SUV Coupe, Sports Activity Coupe, call it whatever you want, we’re just going to stick to what we’ve always been calling these coupe-ish SUVs with low-slung rooflines – “Turtle Cars”.

Now that we’ve got that out of the way, let us focus on the latest product to be unveiled by Audi – the Q4 Sportback e-tron Concept.

All set to enter production next year, the Q4 Sportback e-tron is an identical twin of the Q4 e-tron, but with a few differences especially in terms of the design.

The dimensions of the two Q4 models are almost identical, measuring 4.60 meters in length and 1.60 m in height. The ony difference is that the Sportback is 10 mm longer and flatter. Both Q4 variants are identical in terms of their width of 1.90 m and their wheelbase of 2.77 meters as well.

Powering the Q4 Sportback e-tron Concept are two electric motors that mobilize 225 kW of system output which is brought to the road with quattro all-wheel drive, enabling both models to sprint from zero to 100 km/h in 6.3 seconds.

Top speed is restricted to 180 km/h. Complementing the package is a large 82 kWh which returns a range of over 450 km.

Underpinned by the modular electrification platform (MEB), rear-wheel drive versions of the Q4 will return over 500 km of range, according to Audi.

While key exterior features include a generous dose of LED and 22-inch wheels, goodies inside the concepts include floor covering is made of recycled materials, Alcantara seats, and a large-format head-up display with an augmented reality function among others.

Control panels designed as touch elements on the steering wheel spokes can be used to select frequently used functions. In the middle above the centre console, there is a 12.3-inch touchscreen via which the infotainment and vehicle functions are displayed and operated.

As the centre console does not need to hold functional elements such as a gear lever or hand brake actuation elements, it is designed as a spacious stowage compartment that includes a cell phone charging cradle.

So, there you have it – Audi’s answer to BMW’s X4 and Mercedes-Benz GLC Coupe. What do you think?