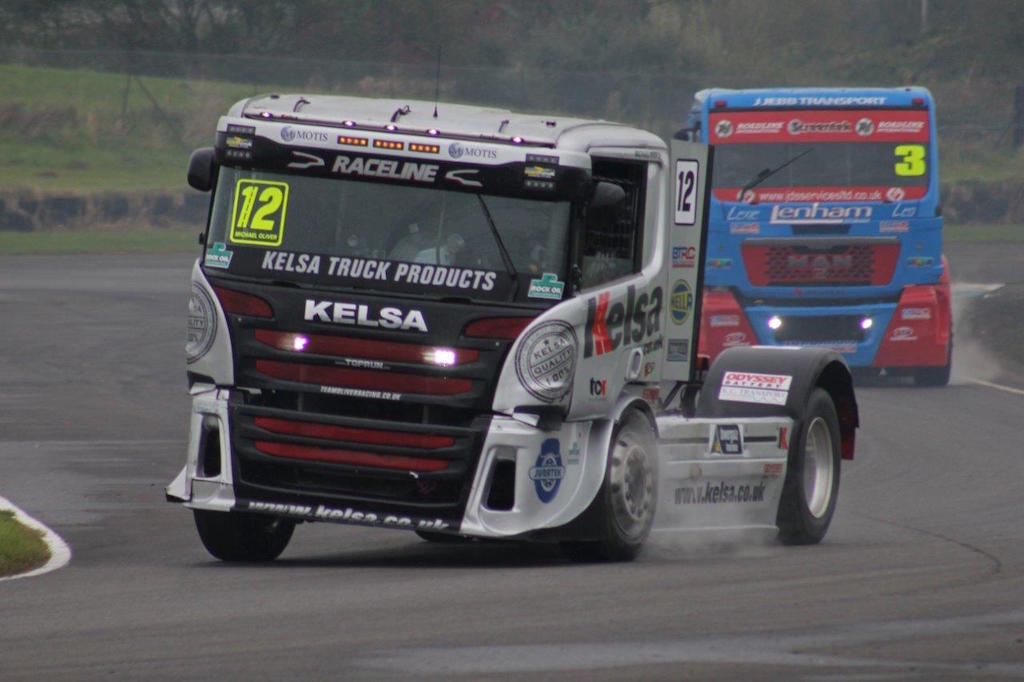 Congratulations Adam Bint on securing the 2016 BTRA British Truck Racing Championship (Division 2) at a wet and wild Pembrey meeting (October 15/16). Adam took the CMG Volvo White to two more wins plus one second, one third and a fourth in atrocious conditions to outscore his nearest challenger, John Powell. 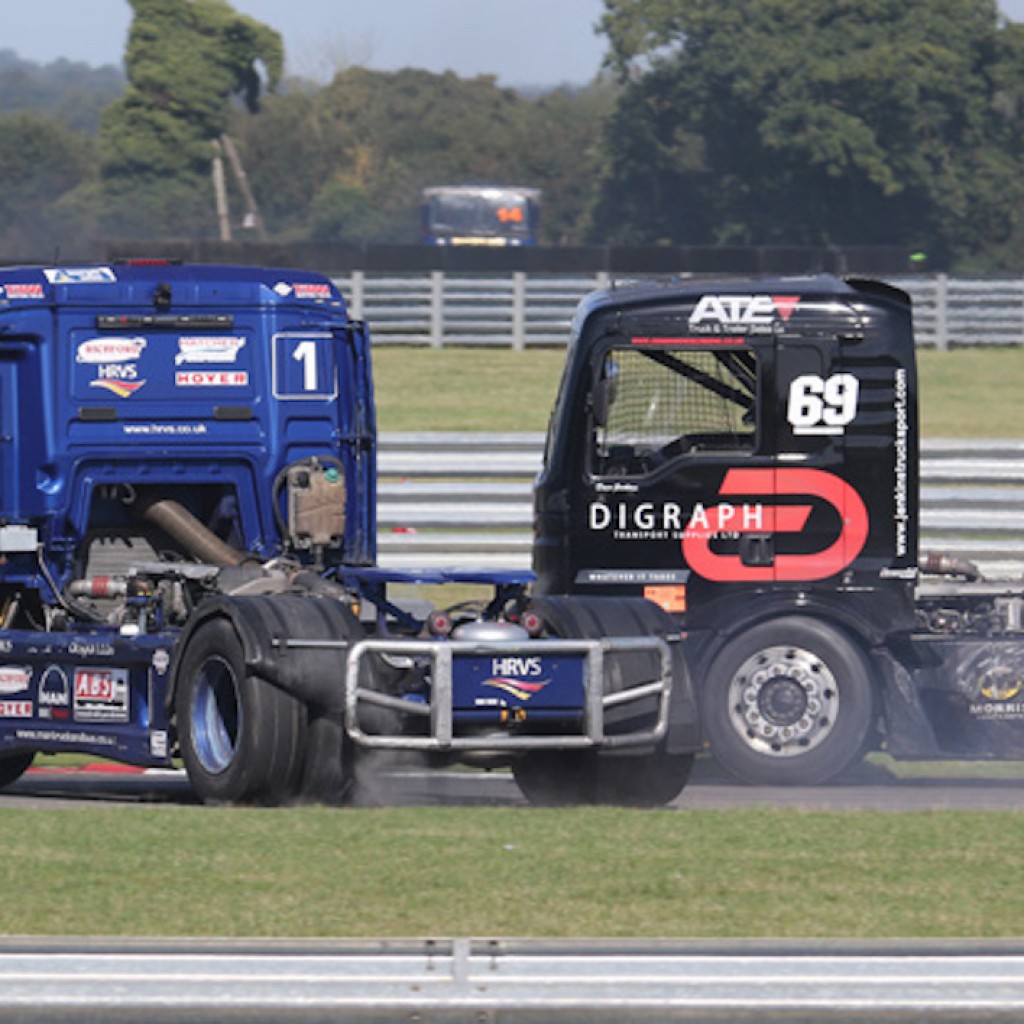 Binty leaves Pembrey with a 51-point advantage – so can’t be caught even if he failed to score in the remaining five races at Brands Hatch next month. 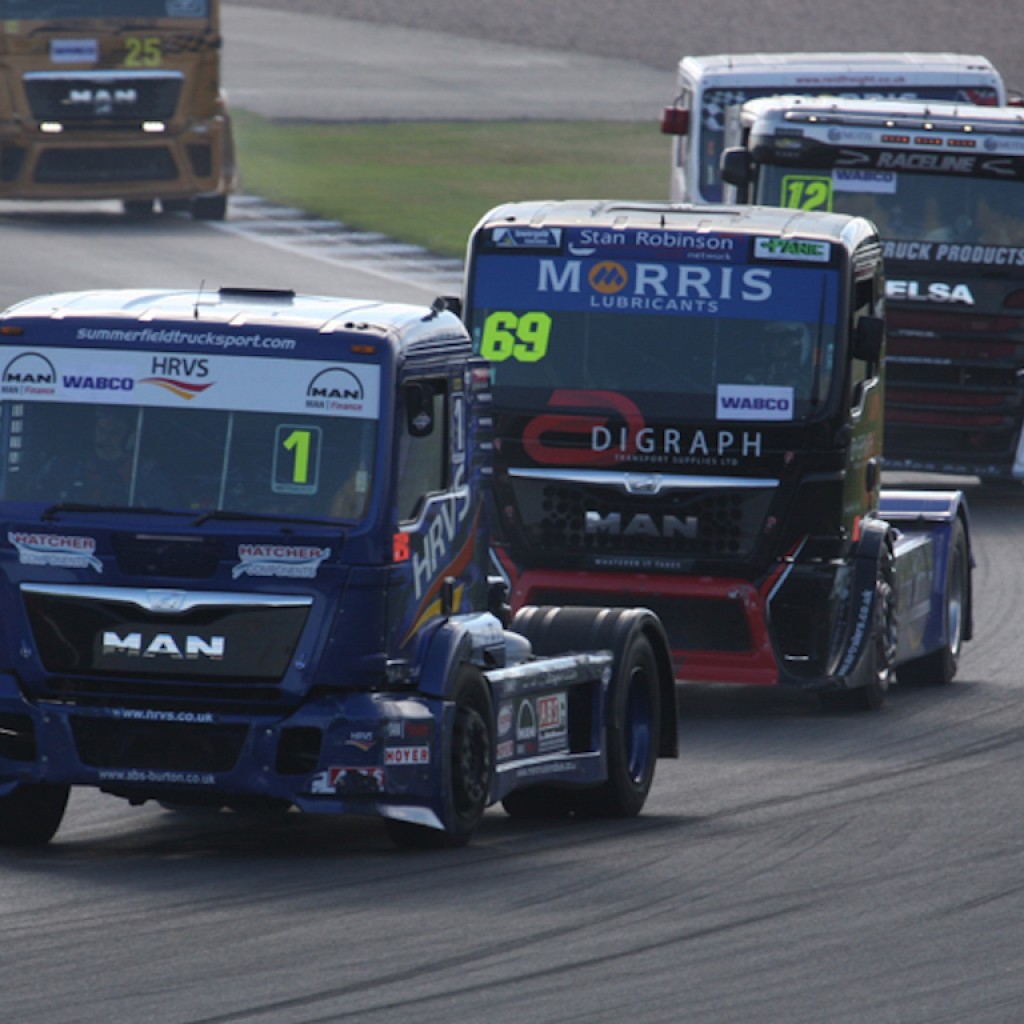 On-form Powell was really flying in the wet, taking his Ford to two victories plus a pair of runner-up finishes – with Paul McCumisky piloting his Volvo to the other race win. 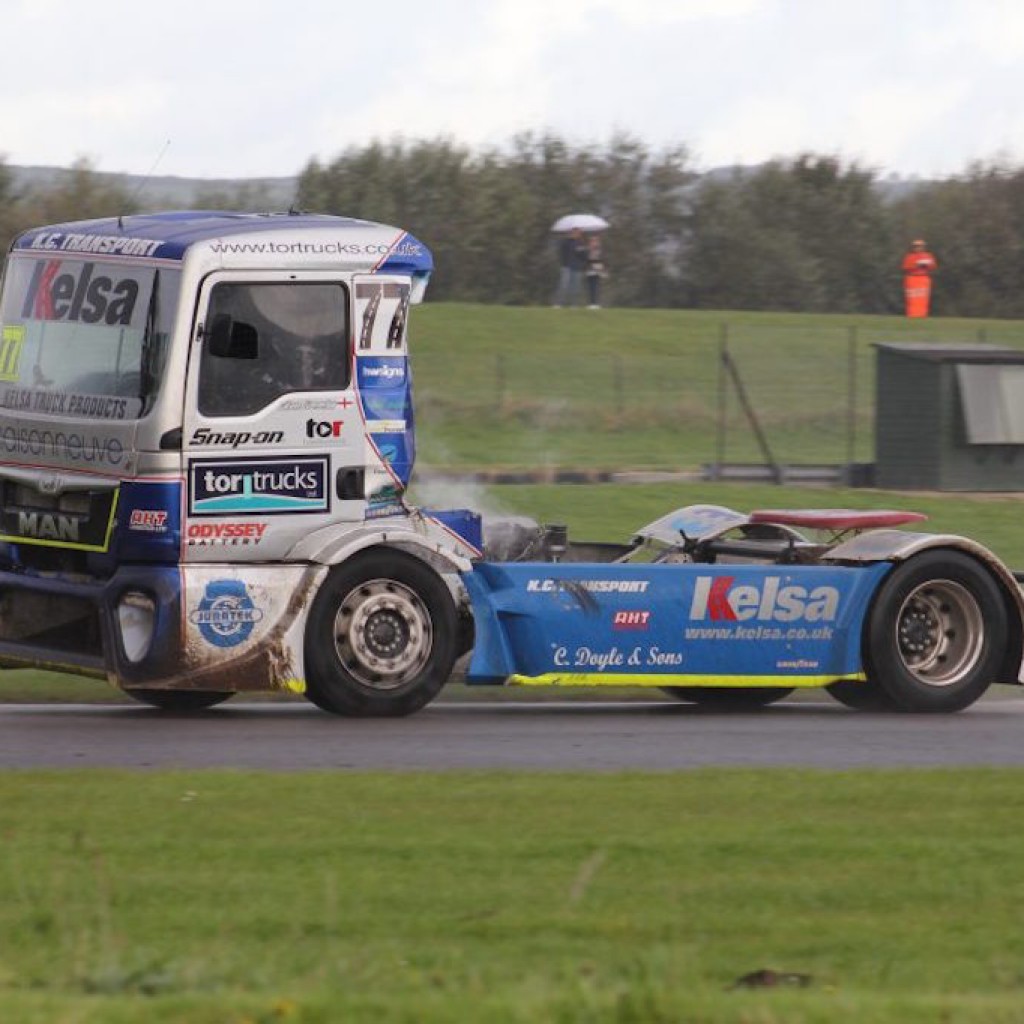 Ryan Smith can’t celebrate taking the Division One crown until the Brands Hatch meeting on November 5/6 – despite taking three wins and two second places in Wales while main challenger Stuart Oliver crashed out. Ryan is 49-points clear of his rival – but needs to score just one more point to be mathematically uncatchable. 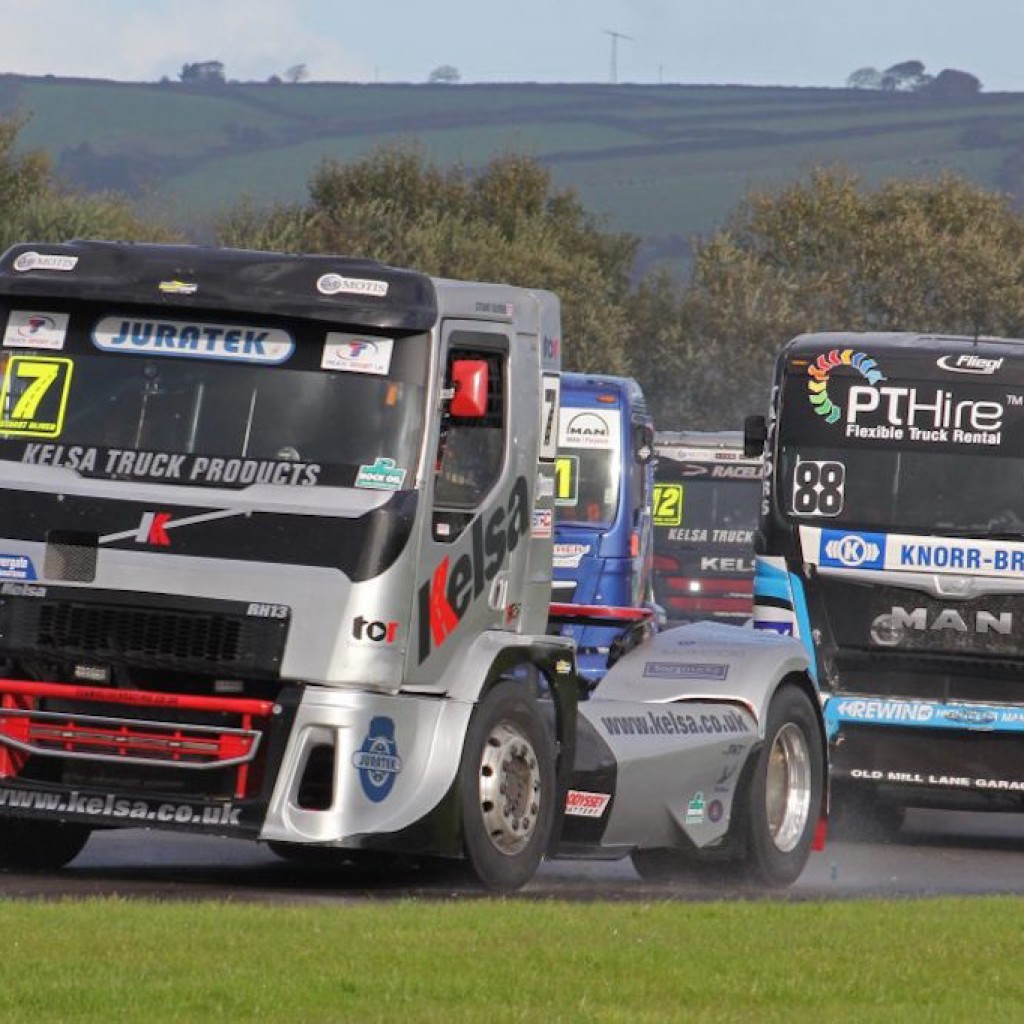