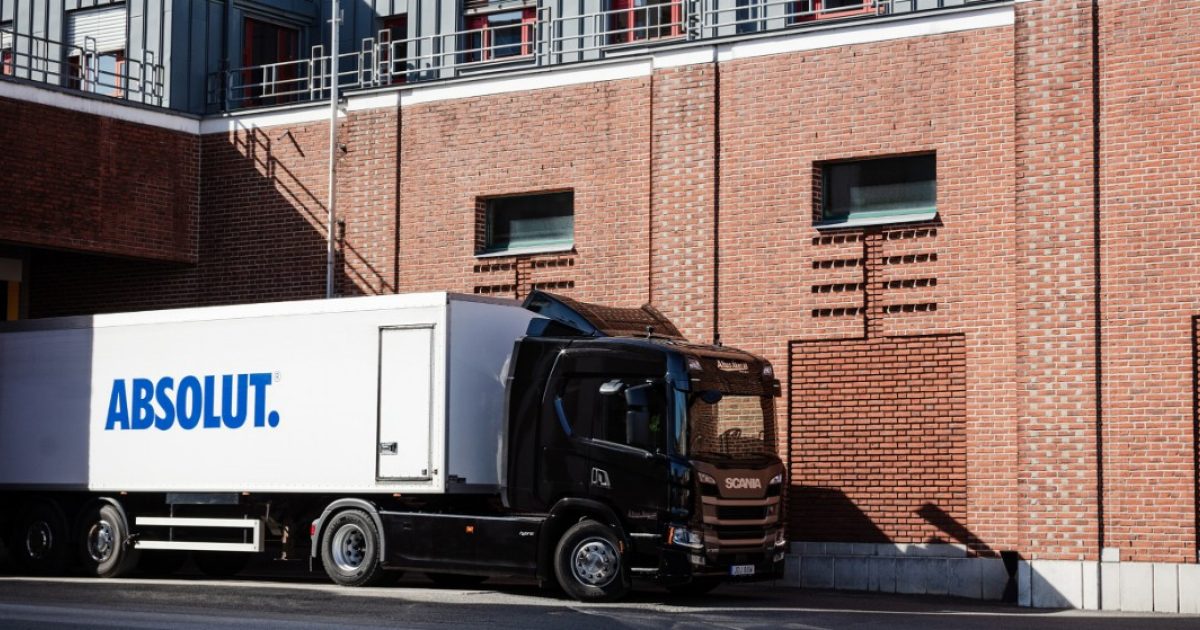 Every day, the Absolut Company sends out around 600,000 bottles of its world-famous Absolut Vodka from its factory in southern Sweden to customers all over the globe.

Now, its transports to the nearby harbour will be made by Scania P320 electric-hybrid trucks, slashing emissions and noise in the vodka distiller’s little hometown.

Ahus, the home of Absolut Vodka

The town of Åhus in southern Sweden has only 10,000 inhabitants, but it’s home to the world-famous Absolut Vodka brand.

The Absolut Company sends out some 600,000 bottles a day to customers all over the world, and the streets of this small seaside town are a blur of activity as several trucks belonging to haulier Åhus Åkeri constantly shuttle between the factory and the local harbour.

That’s an awful lot of bottles, and a lot of noise and carbon emissions for the people of Åhus; because until now three of the trucks belonging to the haulage company Åhus Åkeri have been running on biodiesel.

But The Absolut Company is committed to producing a climate-neutral vodka by 2030. It has already cut its direct production-related emissions by 98 percent, and now it’s focusing on climate-smart solutions with its partners and suppliers. A joint investment with Åhus Åkeri means the haulier is switching the fleet to Scania hybrid-electric trucks.

“We have a very strong connection to Åhus. As a large employer in a relatively small town, we have a great responsibility and are a natural part of the local community. This change, which means less emissions, exhaust fumes and noise, is not just a way for us to meet high sustainability goals; it is also a way to give back to Åhus,”

Åhus Åkeri has already been testing one of the hybrid-electric trucks over the past three years, and has also found that it’s much less noisy than the diesel trucks. For the people of Åhus, the noise level from the trucks is reduced from 81 decibels for the previous model to 65 decibels for the hybrids.

“Our hybrid trucks make it possible to drive without high noise levels and exhaust fumes, in the middle of city centres where people live and work. They also convert the energy generated during braking, which reduces fuel consumption by about 25 percent.”

“That’s good for the environment and for the haulier’s fuel economy, but perhaps most of all it’s good for Åhus, which is now an even nicer place,” says Jessica Björkquist, Senior Product Manager for Sustainable Solutions at Scania Sweden.

For Åhus Åkeri, the investment is a natural continuation of the close, long-term relationship that it has built up with Absolut.

“Our cooperation with The Absolut Company is actually more than just a business relationship. We learn from each other every day and we help each other to get better all the time.”

“The strict requirements for sustainable transport mean we have already reduced our carbon dioxide emissions by 90 percent. Now we are also reducing our fuel consumption, and make it much less noisy for both the people of Åhus and our drivers,” says Andreas Jönsson, CEO of Åhus Åkeri.