2022 Lexus LX Unveiled. Here’s All You Need to Know 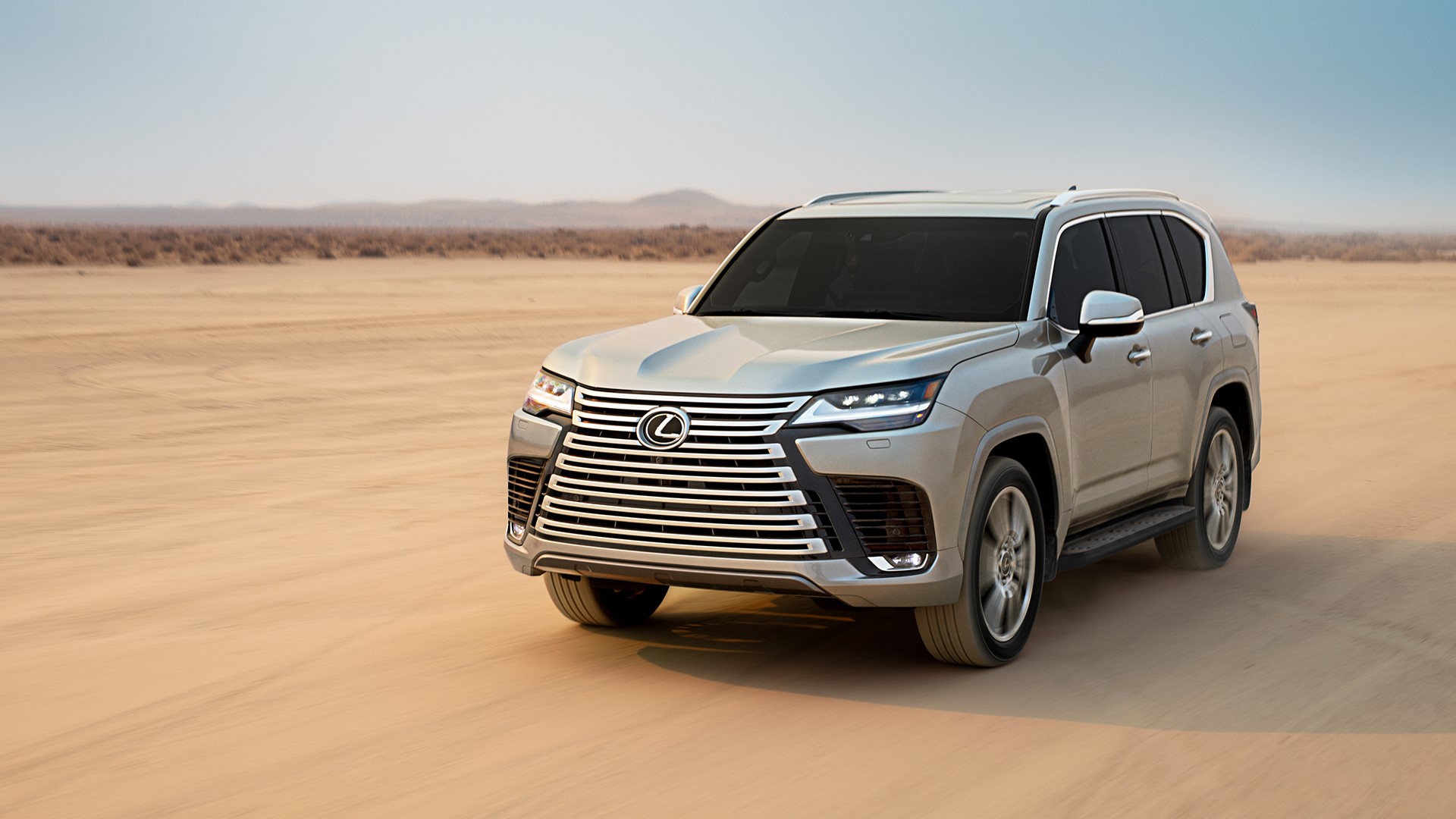 Lexus unveiled the all-new Lexus LX yesterday in the Kingdom of Saudi Arabia and the United Arab Emirates where the SUV is a massive hit among the rich and the famous.

Scheduled to go on sale in Japan in early 2022, the new Lexus LX is built on the new GA-F platform which is more rigid than before, resulting in 200 kg weight reduction.

To meet the diversifying needs of various customers, the new LX comes in three variants – the base LX, an Executive grade, and an Offroad grade that is exclusive for Japan.

With “Dignified Sophistication” as the styling concept, the new LX was designed to look more sophisticated than before, with features like the new spindle grille and the new 3D LED headlights.

For the rear combination lamps, tail lamps have been adopted that combine an L-shape and a continuous axial flow from the front to the shoulders and then to the rear silhouette.

While the front pillars have been pulled toward the rear to create a cab-backward design, a stout torso and 22-inch tires which are the largest in the Lexus lineup, are now part of the package.

Dimensions wise, the 2,850-mm wheelbase and the ground clearance angles (approach angle, departure angle, and ramp break angle) are equivalent to those of the previous model.

Inside, the cockpit has been completely redesigned to be more driver-oriented, while all the buttons and controls have been repositioned to be more ergonomic than ever before. Taking centre stage is a 12.3-inch touch display.

Speaking of display, Lexus claims that the multimedia system is now more intuitive and easier to use than before. Complementing the system is the Lexus Premium Sound System which consists of 10 speakers, including a large-capacity subwoofer box.

Also available in the new LX is a new-generation rear entertainment system with an intuitive touch panel that uses glass bonding technology to provide a clear, low-reflective display.

In terms of powertrain, the new LX will be available with a 3.5-litre V6 twin-turbo petrol engine producing 415 PS and 650 Nm of torque, which is the same engine that is powering the LX’s slightly less luxurious sibling, the Toyota Land Cruiser which made its world debut recently.

There is also a 3.3-litre twin-turbo diesel engine producing 299 PS and 700 Nm of torque for selected markets. Both engines are paired with a ten-speed automatic gearbox.

Also, the powertrain has been shifted 70 mm toward the rear of the vehicle and 28 mm downwards, resulting in better weight distribution and lower centre of gravity.

Electronically controlled brakes (ECB) and an electric power steering system (EPS) are also adopted to ensure customers will be able to enjoy Lexus-unique driving performance to the fullest, both on-road and off-road.

In addition to the evolution of Multi-Terrain Select and Crawl Control, various technologies have been introduced to support off-road driving, such as a Multi-Terrain Monitor function and a dual display.

To achieve both a high level of off-road driving performance and on-road handling stability, the front features a high-mounted double wishbone suspension. Suspension geometry and spring constant of the coil springs has also been optimized.

There are three settings for vehicle height while the vehicle is in motion―Normal, Hi1, and Hi2―and a Low setting for vehicle ingress and egress.

The system automatically and optimally adjusts vehicle height depending on the activation of Drive Mode Select or Multi-Terrain Select and the selection status of the transfer case.

There is also a Fingerprint authentication function available for the first time, standard on all models. How it works is that a fingerprint sensor is installed in the centre of the push-start switch.