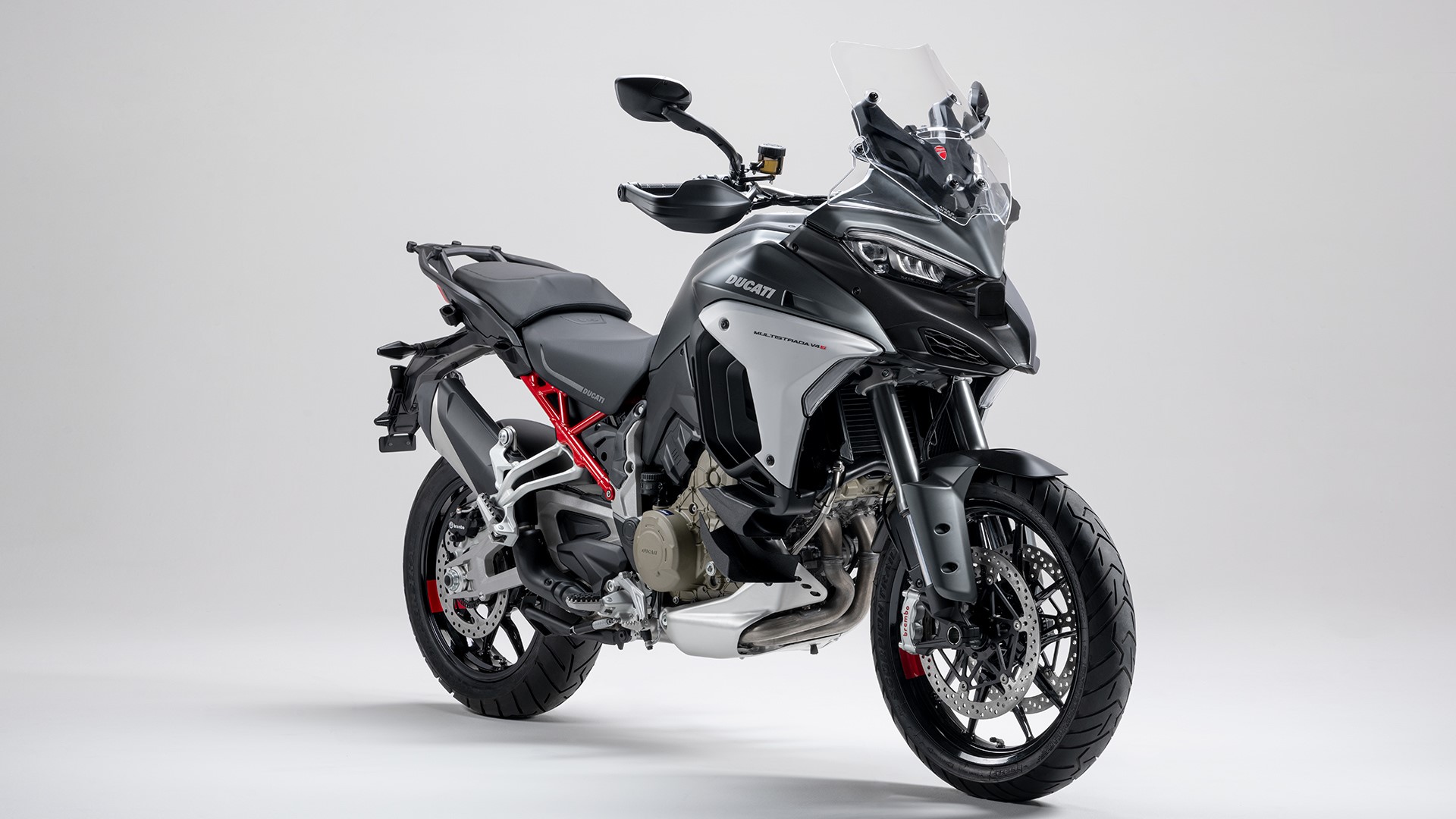 Those of you who’re following Ducati Malaysia on social media platforms would have noticed the company’s announcement yesterday that the all-new Multistrada V4S is now open for booking.

The announcement was made aptly a couple of hours after the Multistrada’s biggest competition, the new BMW R1250 GS made its Malaysian debut.

The Multistrada V4S, which is the range-topping variant of the all-new Multistrada, made its global debut last November.

Available in red and an exclusive “Aviator Grey”, alloy wheels, and a new package of configurations that can be ordered directly from the factory (Essential, Travel, Radar, Performance, Full), the Multistrada V4S is the first bike in the world to feature the revolutionary front and rear radar system, which allows the use of Adaptive Cruise Control (ACC) and Blind Spot Detection (BSD).

Powering the new Multistrada is Ducati’s V4 Granturismo engine which has a displacement of 1,158 cc and delivers 170 hp, with a maximum torque of 125 Nm.

A key highlight of this engine is that itallows for a significant lengthening of maintenance intervals. In case you’re wondering, the Multistrada V4’s oil change is scheduled every 15,000 km, while valve clearance check and eventual adjustment is required every 60,000 km. No bike in production goes that far.

In terms of features, there is a long list which includes ABS Cornering, Ducati Wheelie Control (DWC), Ducati Traction Control (DTC), and Cornering Lights (DCL) on the Multistrada V4 S.

Further making the ride more comfortable and enjoyable is the newly developed Plexiglas screen with a new shape, adjustable in height with a single finger, associated with two side deflectors.

Other goodies also include a 6.5-inch TFT screen, In color, with high resolution and perfect visibility in any light condition, which also features a new HMI interface, completely redesigned to be more intuitive, easy to use and pleasant to look at.

The system also incorporates the Ducati Connect system that is compatible with iOs and Android, accessible through smartphone mirroring.

That being said, the price of the Malaysian-spec 2021 Ducati Multistrada V4S is yet to be revealed, so, watch this space for more details as we draw closer to the launch.