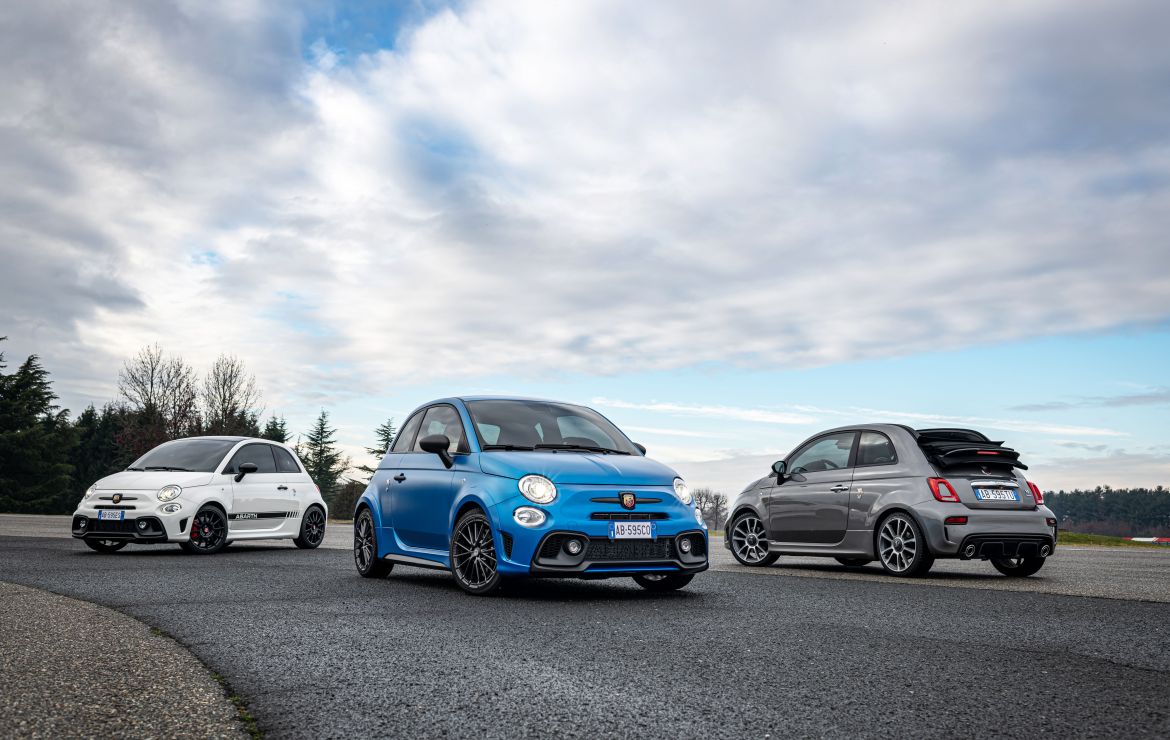 The Abarth 595, which is essentially the most exciting version of the Fiat 500 which happens to be tuned by Italian tuners Abarth, has been updated for 2021 with fresh interiors, a new colour palette and unique detailing across all four versions.

Available in hatchback and convertible versions, the four variants of the Abarth 595 are the 595, 595 Turismo, 595 Competizione, and 595 Esseesse. The four trim levels vary in power levels ranging from 145 to 180 hp.

The ‘Sport’ mode has also been renamed ‘Scorpion’ mode throughout the new range, aligning it with the Abarth logo and in recognition of the brand’s founder, Carlo Abarth.

The 595 is also therefore equipped with a high-performance braking system specific to Abarth, providing maximum safety courtesy of the 284 mm front ventilating discs and the 240 mm rear discs.

Standard features in the entry-level 595 include a flat-bottomed steering wheel, updated instrument panel, and the pressure gauge now lit in white to ensure better legibility, while polyelliptical headlights and LED daytime running lights. Alternatively, xenon headlights are available as an option.

Over and above the 595, the 595 Turismo features refreshed interiors, including exclusive diamond-embossed leather seats available in a number of colour options, including the new heritage brown.

A new colour called Rally Blue has also been added to the exterior Competizione palette, inspired by the Fiat 131 Abarth Rally of the 1970s.

And then we have the new 17-inch alloy wheels which are a nod to those of the 1990s Lancia Delta Rally Integrale, while a body colour body kit is specific to the Competizione in combination with the new rally blue or scorpione black exterior paint.

Inside, in addition to the ‘Scorpion’ mode selector with its new design, a new dashboard covered in Alcantara can be found, alongside new leather seats and gear lever in carbon fibre.

For the top-of-the-range version, the 595 Esseesse, the Abarth team developed new titanium tailpipes for the Akrapovič exhaust system, providing an even more powerful sound, synonymous with the brand. Inside there’s a new dashboard effect and carbon gear lever.

The new Abarth 595 range is equipped with the 1.4 T-jet engine, available in three output levels.  The 595 runs at 145hp, rising to 165hp on the Turismo version, while the 595 Competizione and 595 Esseesse, at 180hp, provide the highest performance output in the Abarth range.

The Esseesse is also equipped with the Garrett GT1446 turbine; a mechanical self-locking differential, which improves traction under difficult grip conditions and uneven terrain; Koni FSD shock absorbers on both axles and Brembo brakes with fixed aluminium calipers.

All variants of the 1.4 T-jet engine are paired with a 6-speed manual transmission, and the Turismo, Competizione and Esseesse can be fitted on request with an Abarth robotised sequential transmission with shift paddles.

As far as the infotainment is concerned, the new 595 range is equipped as standard with the Uconnect system with 7-inch high-definition touchscreen, DAB radio and Apple CarPlay and Android Auto  compatibility. Satellite navigation is also available as options.

Finally, the refined and powerful BeatsAudio is also available on request, to satisfy the most discerning music fans. Developed in collaboration with Beats by Dr. Dre, the BeatsAudio system has a total output of 480W and features an 8-channel digital amplifier with an advanced equalisation algorithm that can recreate the entire sound spectrum that an artist experiences during studio recordings.

The Beats Audio system consists of two dome tweeters located in the front pillars; two 165mm midwoofers in the front doors; two 165mm full-range speakers in the rear side panels; and a center-positioned 200 mm subwoofer in the spare wheel compartment in the boot.