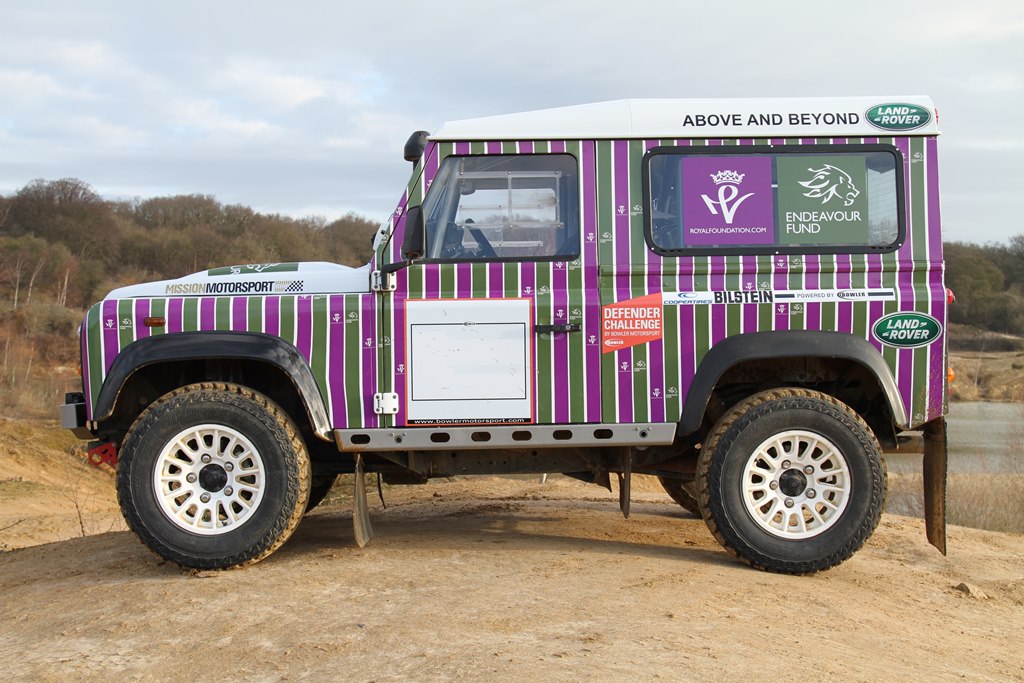 Land Rover has announced its sponsorship of the Forces’ motorsport charity Mission Motorsport in its 2016 Defender Challenge campaign. 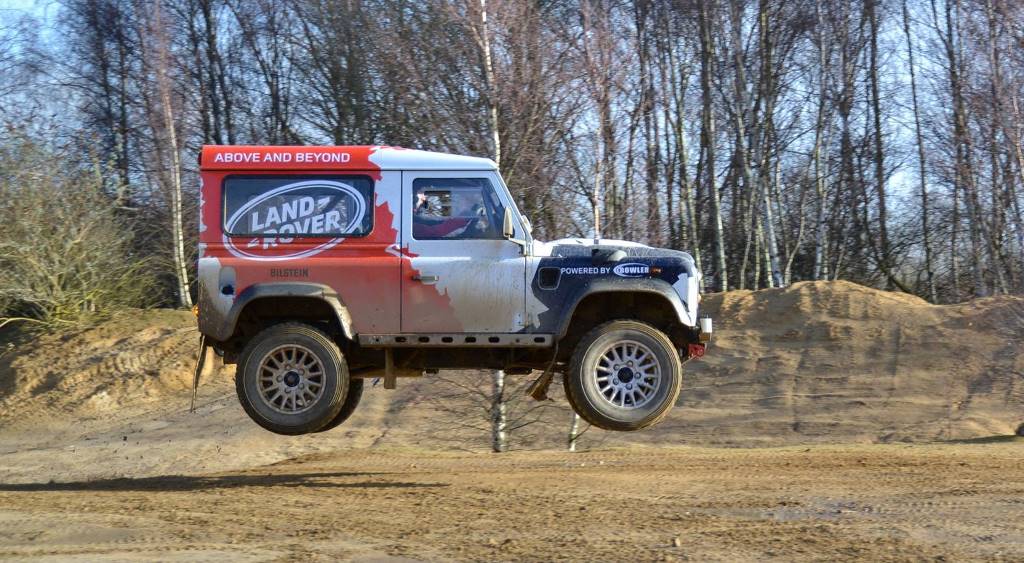 The 2016 Defender Challenge starts this weekend at the Mid Wales Stages Rally and comprises seven rounds of hill and stage rallies. This year, up to 14 teams driving modified Land Rover Defender 90s will go head to-head, including the new entry from Mission Motorsport who will use the Defender Challenge as a fundamental part of its ‘Race Retrain Recover’ programme.

The partnership between Land Rover and Mission Motorsport, an Endeavour Fund supported initiative, realises the mutual commitment to help Wounded Injured and Sick veterans leaving the military find employment in the automotive industry. Mission Motorsport will enter a new team at each round of the Defender Challenge. Working together as a team of four comprising two Technicians, a Driver and a Navigator, each Mission Motorsport team will need to draw upon determination and teamwork. 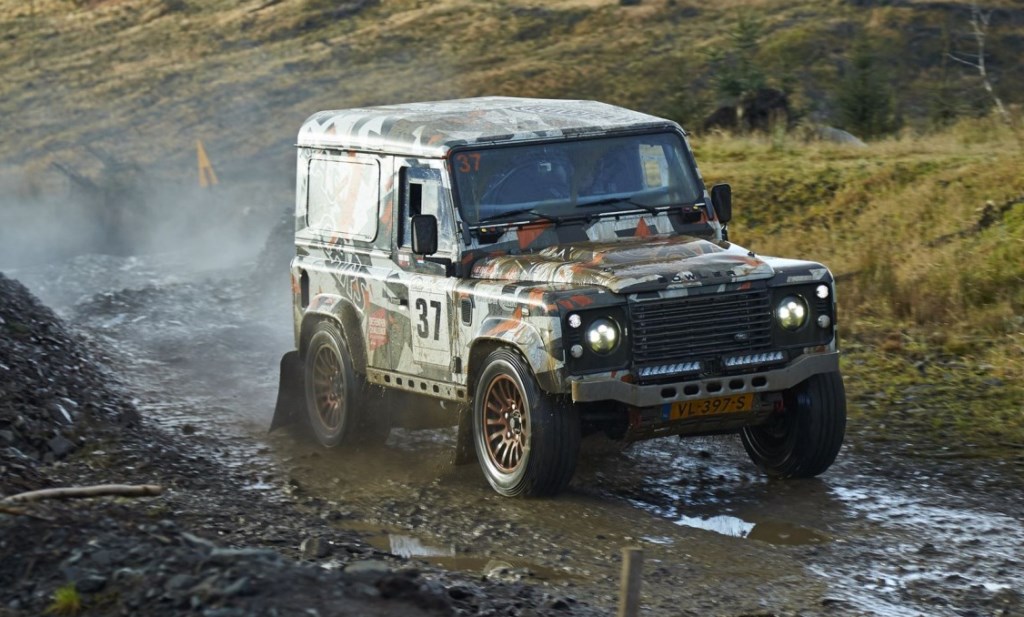 In preparation for each round, the teams will undertake various training and practice sessions which can form part of a formal qualification. As an accredited City and Guilds training provider, Mission Motorsport’s Training Wing delivers Level 3 Diploma courses and full apprenticeships which allow service leavers to bridge the gap between military service and second careers as civilians, beyond injury.

Jaguar Land Rover is committed to working alongside Mission Motorsport and the Career Transition Partnership, the Ministry of Defence’s (MoD’s) official provider of Armed Forces resettlement. Since 2013 Jaguar Land Rover has hired over 200 former servicemen and servicewomen and has a growing number of initiatives, including a work placement scheme which was launched in October 2014 in conjunction with the Career Transition Partnership and Mission Motorsport which helps wounded, injured and sick veterans find a fulfilling and long-term second career.

Ed Tilston, Global Sponsorship Manager for Jaguar Land Rover said, “Land Rover are proud to have enabled Mission Motorsport’s entry into the 2016 Defender Challenge, and we look forward to the team exemplifying Land Rover’s Above and Beyond spirit as its beneficiaries Race, Retrain and Recover through this exciting vehicle based adventure.”

James Cameron, CEO of Mission Motorsport said, “All at Mission Motorsport are hugely excited to be entering the Defender Challenge in 2016. The Forces’ Motorsport Charity, our motto is ‘Race, Retrain, Recover’ and this is a fantastic opportunity to bring together some inspirational sport with a training and vocational program of which we are very proud. We work closely with Jaguar Land Rover to provide training and jobs for those servicemen and women leaving the Forces wounded, injured or sick, and are delighted to fly the flag for these efforts with an exciting rally program manned by servicemen and veterans.”

The Defender Challenge starts its 2016 programme this weekend at the Mid Wales Stages Rally which is the first round of the 2016 MSA British Rally Championship. The event is set in the challenging Mid Wales forests Hafren, Myherin and Tarenig and the Sweet Lamb Rally Complex, which have played host to many famous rallies over the last 60 years such as the Lombard RAC and now Wales Rally GB. Spectators are welcome and details are available form ‪www.midwalesstages.co.uk

Audi is giving electric superchargers their first production application with the SQ7 as it leads the race to increase diesel-engine power. The SQ7, a sporty variant of the Q7 large SUV, will debut a V-8 4.0-liter diesel engine that adds an electric supercharger to two traditional turbos.

“The SQ7 is a strong confirmation of Audi’s technology leadership and of our belief in diesels,” CEO Rupert Stadler said on the sidelines of the automaker’s financial results presentation on March 3.

Stadler said the SQ7 will be the world’s most powerful automotive diesel engine, but will also offer reasonable fuel consumption figures.

Isuzu remains the preferred brand among Malaysian commercial vehicle operators as its trucks retained its No.1 position on the sales charts for 2015.

Isuzu Malaysia achieved another record year when Malaysians purchased 6,387 Isuzu trucks last year compared to 6,321 the previous year, giving the Japanese giant the enviable position of being the top truck brand in Malaysia for the second consecutive year.

Buoyed by a significant growth in demand of close to 100% for its Forward medium-duty and Giga heavy-duty and prime mover trucks, Isuzu continued its domination of the Malaysian truck market, taking a commanding 36.2% share of the market.

Speaking upon release of the 2015 market report by the Malaysian Automotive Association (MAA), CEO of Isuzu Malaysia Kenji Matsuoka attributed the weaker economic sentiment and the heightened customer-centric efforts by the company contributed towards Isuzu’s success in becoming the brand of choice.

“As truck operators continue finding ways of control rising costs, they are discovering that Isuzu trucks provide the ideal solution by significantly increasing fuel and delivery efficiencies. The rapid rise in demand for our medium and heavy-duty trucks also suggests that long-haul customers realize that by replacing their fleet with technologically-advanced Isuzu trucks, they are clearly seeing a difference to their operational bottom lines,” said Matsuoka.

He added that the company’s initiatives that focused on establishing a strong customer-centric foundation had further led to heightened customers confidence.

“In recent years, we embarked on various customer-centric programmes that focused beyond the present-day requirements of customers. Whether it is to enhance the dealership network or to improve on our parts availability, every effort has been made to ensure our customers are well looked-after today and in the future,” added Matsuoka. 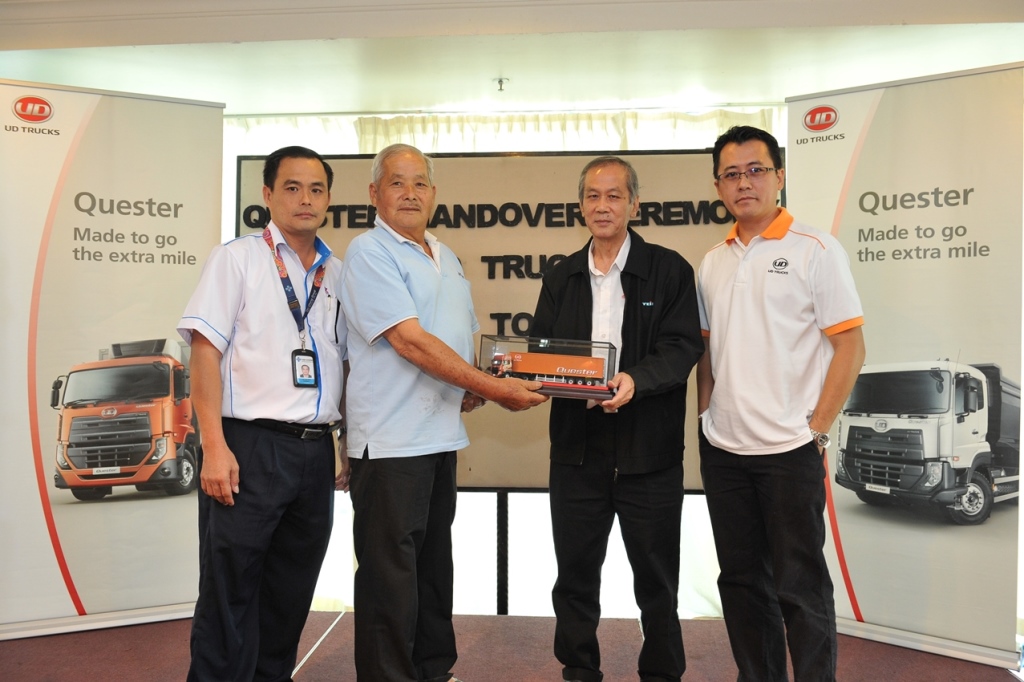 The Cameron Highlands based trading company has ordered one new unit of a UD Quester 8×4 rigid cargo to meet the growing demands of trading and transportation in the agricultural industry. This is the first time the complete and modern 8×4 Japanese heavy duty truck has been sold in Cameron Highlands.

The Quester is part of UD Trucks’ new offering of trucks and services primarily designed for Asia and other growth markets. The Japanese heavy duty commercial truck is known for its wide range of applications, from long-haulage and distribution to construction and mining, allowing it to meet the unique needs of growth markets, at affordable prices. 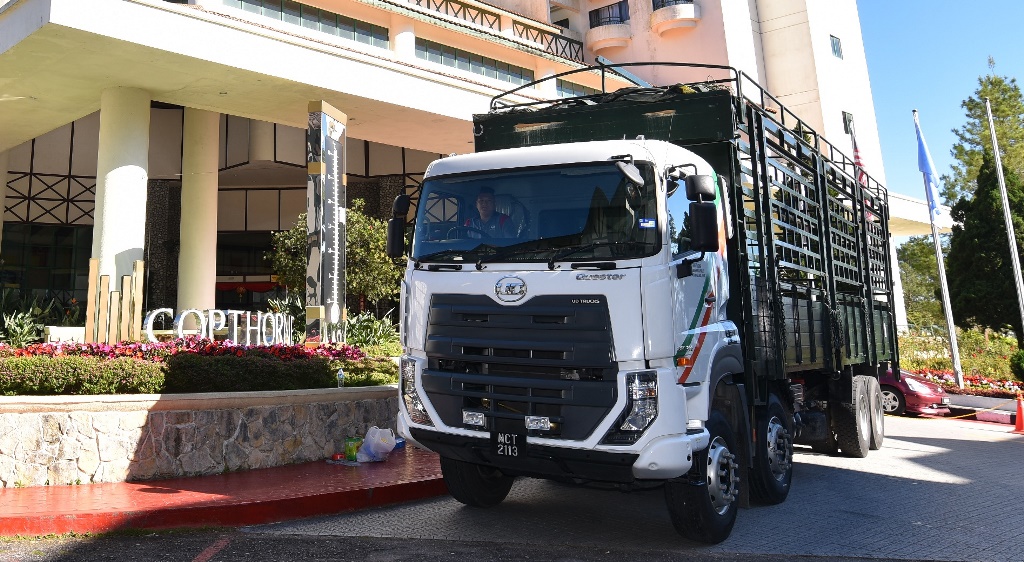 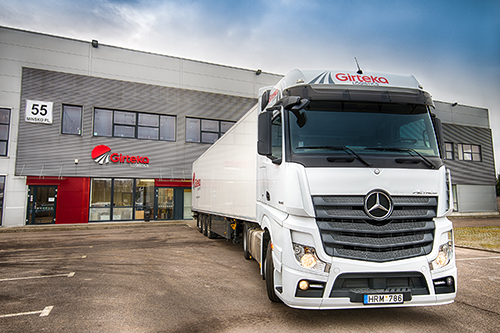 The Mercedes-Benz Actros is the most efficient vehicle in its class. The average fuel consumption of the truck has been cut by 13 percent since its market launch in 2011. All trucks will be equipped with the newest, further optimized generation of the OM 471 heavy-duty engine and Predictive Powertrain Control (PPC). Compared to the predecessor model, the already low fuel consumption of the diesel engine is further reduced by up to three percent and additionally lowers CO2 emissions. The PPC assistance system recognizes the topography ahead and engages gear changes in order to optimize fuel efficiency. In doing so, PPC lowers fuel consumption by up to five percent.

“We are proud to win Girteka Logistics as a large customer with the biggest fleet order in Eastern Europe for Mercedes-Benz Trucks in its history”, says Stefan Buchner, Head of Mercedes-Benz Trucks. “We feel very honored by this trust, and it clearly shows that our flagship model Actros stays ahead of the tough competition.“

Mindaugas Raila, Chairman of Girteka Logistics: „In the year of our 20th anniversary we decided to modernize our fleet by 1,000 new Mercedes-Benz Actros – an important strategic decision for us. The new Actros convinces by its operating performance, safety equipment and reliability.“

In order to further improve the fuel efficiency of the new trucks Girteka Logistics additionally decided on FleetBoard. The telematics system collects all vehicle data like consumption and break related driving style or vehicle wear-and-tear. FleetBoard supports full transparency of the entire fleet and shows further potential of savings.

Moreover, all ordered tractor units for Girteka Logistics are equipped with a level floor BigSpace cab, headroom of 199 centimeters and 890 liters of storage space in order to offer its drivers best working conditions and much freedom of movement on longer tours.